Nearly a year ago, WPR's special projects reporter Bridgit Bowden and Capitol bureau chief Shawn Johnson set out to report on a story that dives deep into the history of Wisconsin and the high-speed rail line between Madison and Milwaukee that almost was.

After months of reporting, countless interviews and a trip across the country, they created the podcast "Derailed." WPR producer Hannah Haynes sat down with Bowden to hear more about what went into the making of the podcast. 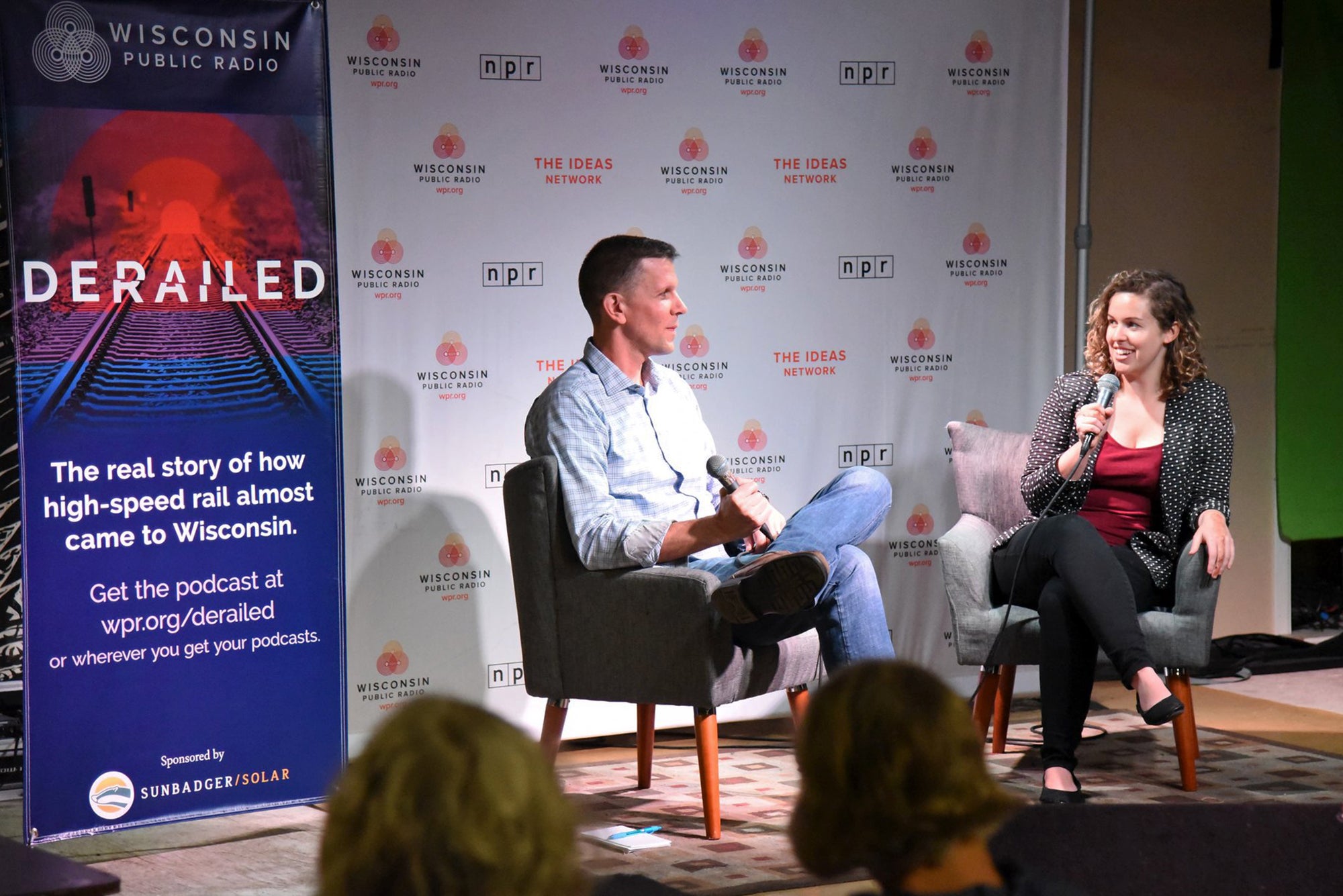 Hannah Haynes: So over the past year, nearly a year now, you've been working with a team of people to report on a story that goes back several years. And through all of your reporting have found this really interesting story that starts with this major project, the high-speed train. Can you begin by telling us where this project first began, taking us back nearly a decade ago?

Bridgit Bowden: Definitely. So I'm sure a lot of the listeners remember this story, but just a little bit of a recap ... in 2010, Wisconsin was granted more than $800 million from the federal government to build a passenger rail line between Madison and Milwaukee. That was part of the stimulus bill. And then during the 2010 campaign for governor, Scott Walker, who later became governor, did promise to send that money back and cancel the project if he was elected. And he was elected and the project was canceled. So this podcast looks into the roots of the project and how it began, how it unraveled and then eventually how it ended.

HH: And why are you telling this story now?

BB: That's a good question, right? This is something that happened 10 years ago so it may seem like a little bit of old news, but you know there is just something about this train that even 10 years later still gets people talking.

The more we've reported on this story, the more this has been proven true to us. People on both sides of the issue, people who thought it was the best idea ever, it was going to be the future of transportation. And people who felt really strongly that it was a boondoggle and a waste of money. Even today, people on both sides can still get fired up about this issue, about this train.

HH: Is that something that was surprising to you? How fired up people get about this issue?

BB: Definitely. I mean you wouldn't think that something like passenger rail is something that is so divisive, but it definitely is.

HH: What are some other surprising things you found along your way of reporting this out?

BB: Something that was surprising to me was just how far back this project has roots. I did not cover this story when it was happening, but my co-host, Shawn Johnson who is our Capitol bureau chief, he did cover the story for WPR at the time. So for me, there's been a lot of great surprises. Including that the beginnings of this project, the genesis of this project, go back decades. We're talking the governorship of Tommy Thompson back in the early '90s. So that was really surprising to me that this was something that really came to a head in 2010, but started way before that.

HH: Walk me through the process a little bit. I mean how many months did you spend reporting on this? How many people did you talk to? What was it like going through all of that tape? Having so much archive material and that type of thing.

BB: Yeah, we did start this process about a year ago when we chose what story we wanted to tell in this podcast documentary-style format. And so it really was a process of just going back and seeing who had a hand in how the high-speed rail project came together and talking to as many of those people as we possibly could. We also did some documents requests, some open records requests. Including one from the Wisconsin Department of Transportation which yielded a lot of documents.

HH: What was that like, going through all those documents? It had to have been just a lot of things to look through since it has spanned so many years.

BB: Yeah. So that was sort of a two-fold process. First, we went to the DOT in person and they had set up a room for us with boxes and boxes and boxes of documents that they had in storage and we had you know a few hours to go through and scan as many of the documents as we could and look at them and see if there was anything important and they were also able to give us the contents of a hard drive which is where they were storing a lot of their documents on this project. You know this is something that the DOT did 10 years ago and the project was canceled so the documents have been in storage. So it was great to unearth some of those. 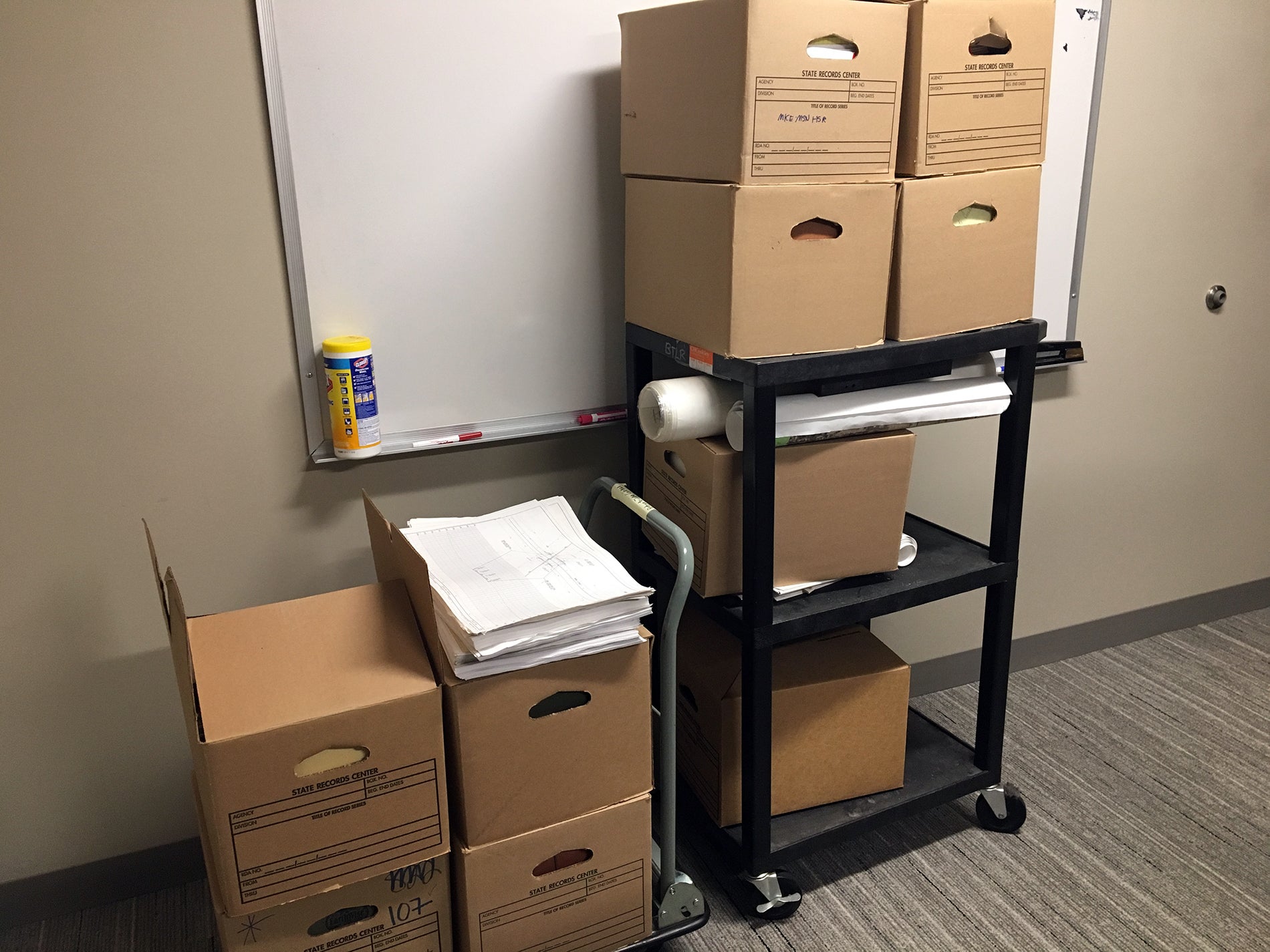 BB: Yeah, I mean some of these people that we were interested in talking to are obviously very busy people. Former Gov. Tommy Thompson is the example that comes to mind. We had been asking him for an interview for several months and we got it on, you know, at the very last minute possible. I think the last day we could have gotten this interview before our deadline is when we got it. And so sometimes, it's just a matter of tracking down the people and keeping at it.

HH: And through the process of reporting this out you left Wisconsin a few times ... so you did go to California. Talk about that and why you went there to report something ... when you're telling a Wisconsin story.

BB: Sure. So when the money was sent back — the money from the federal stimulus — was sent back, it was redistributed to other states. And one of the states that it theoretically went to was California because California received a bunch of money for high speed rail for the stimulus. So they are in the process of building a line from Los Angeles to San Francisco. So we went out to California to see how that is going ... what sorts of issues are at play there because in a way that's where our money went.

HH: And then you also went to Spain, right?

BB: So I had a vacation to Spain, previously planned. It had been planned for like a year. And so I was in Spain and they have a pretty extensive network of high-speed passenger trains there and I was there so I rode some of them and got to sort of get a feel for what that's like and what it's like riding on a real-high speed train. 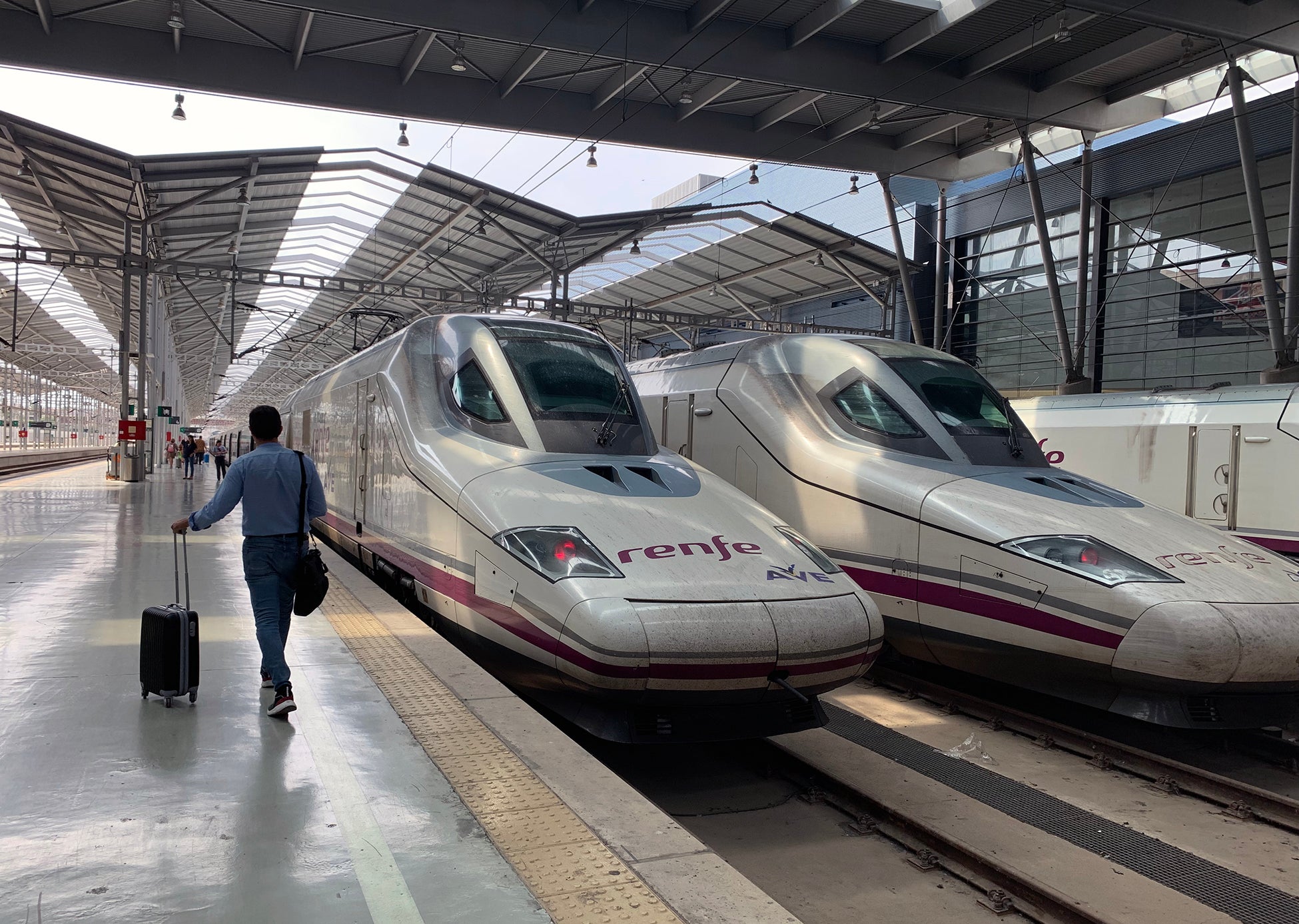 HH: It's kind of perfect timing to be on one of those trains because the company was going to give us the trains that we were contracted with was Talgo, which is a Spanish company, correct?

BB: Right, so we will get into the story of Talgo in one of our episodes.

We did have a contract with the Spanish train manufacturer to build a manufacturing plant in Milwaukee and they would also build the trains for use on this line. That contract was breached and we ended up settling a lawsuit with the company. So I just happened to be in Spain very coincidentally and you know I had a trip planned that I was going to be going from the southern coast up to Madrid and it just so happens that the train I was on that day was manufactured by Talgo. So that was kind of fun.

WPR's "Derailed" is a limited-run podcast about Wisconsin’s high-speed rail line that never was. It’s a look at how the project came together, how it fell apart, and what it says about how Wisconsin has changed. Never miss an episode by subscribing now on your favorite podcast app or at wpr.org/derailed.