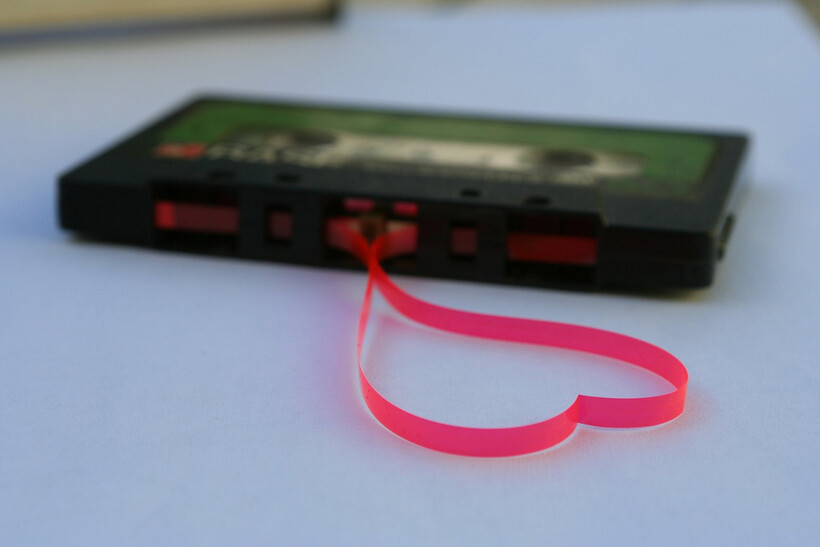 Love Songs From The Familiar To The Unexpected
By WPR Music Staff
Share:

Love, gained and lost, is one of the most common themes in all music.

In honor of Valentine’s Day, WPR's Music Staff shares some wide-ranging personal favorites, from the familiar to the unexpected.

Songs get passed down from generation to generation and each time they’re shared, they grow and change, accumulating a shared meaning.

Such has been the case with "The Water is Wide," which has roots that go back to at least the 18th century.

The song and tune are often referred to as "O Waly, Waly," which was first published in 1724. Sung and recorded by countless musicians since then, some of the more popular versions have been performed by Pete Seeger, Maura O'Connell, James Taylor and this one from the 1998 Lillith Fair concert, by the Indigo Girls, Jewel and Sarah McLachlan.

Whatever its origins, the song remains powerful, I believe, because it portrays love passionately, but honestly, in both its highs and lows. Despite the hardships, love is still possible.

After years of poverty and hardship trying to make it as a composer, Antonin Dvorak's life finally blossomed with success — and with love.

He poured his joy and gratitude into one piece of music in particular: "The Serenade for Strings in E Major."

It's radiant music that seems to exude happiness. Listening to it is like being wrapped up in a soft, warm afghan that your grandmother crocheted especially for you.

After years of struggling, Dvorak eventually won a couple of prestigious composition contests that came with a cash prize, and his career as a composer was off and running.

Just before that, he had gotten married and the happy couple was raising their first child. Dvorak's heart overflowed with love, gratitude and probably some relief. And in 1875, he channeled those feelings into an exquisite piece of music. It's permeated with love — of family, of music and of life.

Tracy Chapman who with others, helped restore singer/songwriters to the spotlight in the 1980s, grew up in a working-class neighborhood in Cleveland. She learned how to play guitar as a child and soon began to write her own songs.

Chapman is joined here by North American blues man Buddy Guy, on an embrace of a pained love song by Bill Whithers, "Ain’t No Sunshine."

I resonate with this song because of its mournful, earthy timbre, and because it rarely receives a gender inclusive interpretation, which, for my tastes, is worth celebrating.

In the spirit of the clip, I'll make this simple: I love this song and I love the vocal color of a countertenor.

It's from the musical "Flora the Red Menace," with music by John Kander and lyrics by Fred Ebb, who would later write the musicals "Cabaret" and "Chicago."

A truly great love song is reborn, again and again.

On their duo album, Serenade, Mick McAuley and Winifred Horan (of Irish super-group Solas) re-imagined Bob Dylan's "To Make You Feel My Love," and while opinions on the best version of any song will always be subjective, this tender rendition shines.

So much to choose from when thinking about music for Valentine's Day.

I've thought about love music all my life and remember at a very young age asking my mother why so many of the songs I heard on the radio were love songs. Of course, I later found out why.

As a boy, one of the first songs to catch my attention was "Nature Boy" written in 1947 by eden ahbez (he didn't capitalize his name). It's brief story of a wise, young nomad who said, "the greatest thing you'll ever learn is just to love and be loved in return."

It became one of Nat King Cole's first and biggest hits in 1948.

Gustav Mahler's beautiful and haunting "Adagietto" is said to be a love song written for his wife, the gifted and charismatic Alma. It's the fourth movement of his "Symphony No. 5," conducted here by Leonard Bernstein.

When Valentine's Day rolls around, and if romance leads to true love, what can be more fitting than the "Wedding March" from Mendelssohn’s incidental music to "A Midsummer Night’s Dream?"

The famous march established a precedent in 1858 when it was included in the wedding music of Victoria and Albert's daughter Victoria, Princess Royal, to Frederick, the crown prince of Prussia. Now, it's regularly used by the rest of us.

"Love Is Here to Stay" was the last musical work that George Gershwin completed before his death in 1937. His brother Ira Gershwin wrote the lyrics.

This popular song has been featured in many movies, including "An American in Paris," "Manhattan" and "When Harry Met Sally." Recorded by numerous performers over the years, including Frank Sinatra, Ella Fitzgerald and Elton John, musicians in the classical music arena have also successfully embraced this song.

For a romantic treat on Valentine's Day, please enjoy the following performances of this Gershwin classic:

Last But Not Least

The most famous piece of classical music inspired by love is probably Tchaikovsky’s dramatic and tuneful concert overture based on Shakespeare's "Romeo and Juliet."

The music brilliantly captures the excitement, romance, and tragedy of the play, and is best known for this famous love theme.