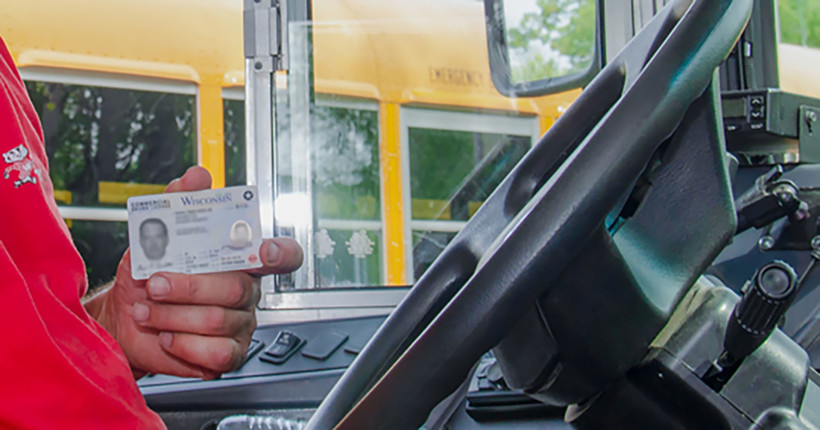 The Wisconsin Department of Transportation is waiving part of the test drivers take to get their school bus certification in an attempt to address labor shortages in school transportation.

There was a shortage of school bus drivers even before the pandemic, but the tight labor market of the past year, as well as concerns about the disease's effect particularly on older people — who make up a large portion of the bus driving labor force — has exacerbated the problem. School districts and contractors have raised their wages and offered hiring bonuses to try to attract more drivers, but many say they're still making do with far fewer drivers than they'd like. In January, Beloit had to briefly cancel in-person school after winter break because it couldn’t staff its bus routes to get kids to their classes.

While some challenges are a result of the pandemic, the regulatory hoops new and existing bus drivers need to go through for the "S" certification on their commercial driver's license that lets them drive school buses have long been a sore spot. The requirement that drivers be able to identify engine parts, which WisDOT is waiving through March 31, felt superfluous to districts and contractors that have dedicated mechanics on staff.

Still, the waiver might not bring in many more drivers.

Dan Kobussen, whose company Kobussen Buses contracts with more than 30 school districts, said it will be helpful to drivers currently going through the testing and certification process, but he’s not optimistic it will attract new drivers.

"I'm hoping it makes a difference," he said. "Do I have confidence in that? I don't think somebody wakes up in the morning and says, 'Hey, you know what, since I don't have to look under the hood anymore, I'm gonna become a bus driver.' No, I don't think that's going to change anybody's mind."

Still, he said it’s a step in the right direction. Kobussen said that nationally, bus drivers and contractors have been lobbying for a separate commercial driver's license that’s specifically tailored to school bus drivers, and he’s hoping that could be the next step.

In the meantime, he said he’s still trying to hire more drivers. The demand for drivers goes up in spring with sports like track and field, as well as more field trips and spring break activities. As it stands, Kobussen said he can staff his school bus routes for daily pickup and drop-off, but other uses for the buses are dicey.

WisDOT said it’s also mailing out letters to drivers whose licenses have recently lapsed, letting them know about the waiver and trying to persuade them to get back behind the wheel. Kobussen said he and other bus companies have already done a lot of outreach to former drivers — but if the WisDOT letter tips any over the edge into coming back, he’s all for it.

"A few people would make a huge difference to us," he said. "We’re running pretty tight."