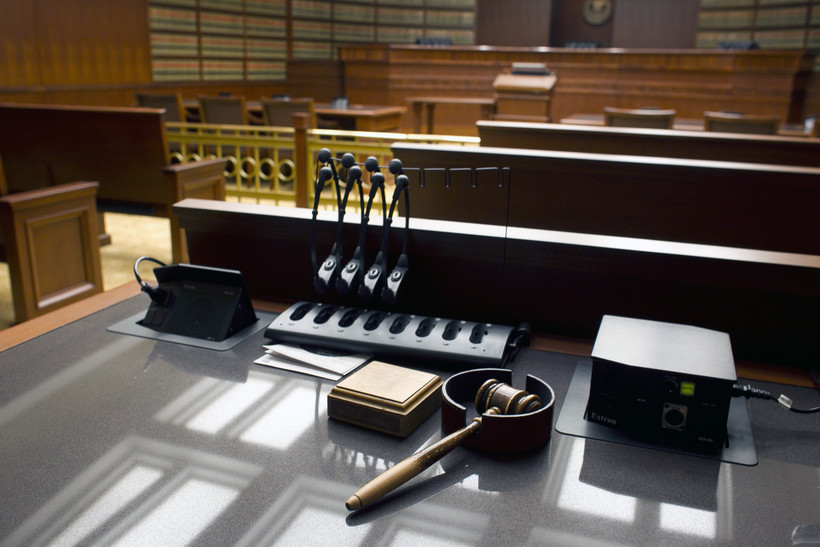 What questions do you have about the state Department of Corrections, prisons and justice system? Share them with us.

By mid-January, there will be zero full-time prosecutors left in Dodge County's district attorney's office.

And the county's elected district attorney says that severe level of short-staffing is prompting him to step down from the job he's held for more than a decade.

The challenges facing Dodge County are part of a statewide "crisis," as Wisconsin struggles to hire assistant DAs who will take on a demanding job for relatively low pay, Dodge County's outgoing DA Kurt Klomberg wrote in his resignation letter.

The southeast Wisconsin county has four assistant DA positions and all four of those will be vacant by Jan. 17 amid two retirements, an extended family leave and an attorney who's leaving to work for another DA's office, Klomberg said in an interview with Wisconsin Public Radio. There's also a managing attorney, employed by the county to handle mostly managerial duties, but that person is retiring Feb. 1.

Three retired prosecutors have agreed to help out part-time, but Klomberg says there's simply not enough people to handle the workload in a county which files criminal charges in more than 1,100 cases each year.

"I realized that that was going to cause me to probably commit multiple acts of malpractice just because I wouldn't have the time to properly address my cases," said Klomberg, a Republican who's been DA since 2010. "I would not be able to meet my obligation to crime victims. And then, you know, what really was at the heart of my decision was the fact that I have young children and I have to be a father, and they've made a lot of sacrifices for me, and I couldn't ask them to do that."

Democratic Gov. Tony Evers is soliciting applications though the end of day Friday for an appointment to replace Klomberg as Dodge County's top prosecutor.

Meanwhile, Klomberg starts work next week as an assistant district attorney in neighboring Green Lake County, where he says he'll be able to do the work he loves in an office that's fully staffed.

Starting pay for Wisconsin assistant district attorneys is $27.24 an hour, a level that makes it difficult for the state to compete with private-sector and even many public-sector jobs when hiring attorneys, Klomberg said. The emotionally taxing job can be a tough sell, especially when so many candidates have student debt, Klomberg added.

"Prosecutors are required to examine extremely disturbing evidence in a very close fashion," said Klomberg, who's a former president of the Wisconsin District Attorney's Association. "But there are images that I have that I suddenly was exposed to once or twice, 15, 20 years ago, and those images are still in my mind when I close my eyes."

As of Wednesday, 48 assistant DA spots were vacant statewide, representing close to 11 percent of the budgeted positions across Wisconsin, according to information provided by Wisconsin's Department of Administration.

Turnover is another problem — about 59 percent of prosecutors working for the state a decade ago in 2012 had left those jobs by 2022, he said.

"It starts to create a public safety issue if law enforcement is making arrests and referring cases, and we don't have the quality and quantity of prosecutors available to make sure that we can review those cases and move them through the system," he said.

The association is asking lawmakers to approve a pay increase for assistant DAs in the state's next two-year budget beginning at $35 an hour, along with eligibility for additional merit-based increases. The request, advanced by a coalition of criminal justice groups, would also bring starting pay for public defenders to $35 hourly.

Elected district attorneys elected in 2020 make between $106,288 and $145,288 annually, depending on the population of the county where they work.

In Dodge County, Klomberg says the staffing crunch will lead to hearings being postponed and prolonging justice both for accusers and the accused.

He described being a prosecutor as his calling, and he said he wished he didn't feel forced to resign.

"The fact that we're in this circumstance where someone like me, who's dedicated their life to this situation, to this work, has to walk away from an office that I'm extremely proud of because I'm going to commit malpractice if I don't — and I'm going to damage the interest of my family if they don't — is so incredibly distressing," he said. "It is one of the worst things that's happened to me."

Editor's note: This story has been updated to reflect pay for district attorneys elected in 2020, the percentage of vacant assistant DA positions across Wisconsin and to accurately reflect the Wisconsin District Attorneys Association's budget request.

Criminal justice groups say pay raises are needed for both prosecutors and public defenders, as the public sector struggles to compete for attorneys.

In 2020, only seven of the state's 71 district attorney seats were contested — four in the November general election, and three in the partisan primary. In Price County, there wasn't even anyone officially on the ballot, leaving the race to be decided by write-in votes.