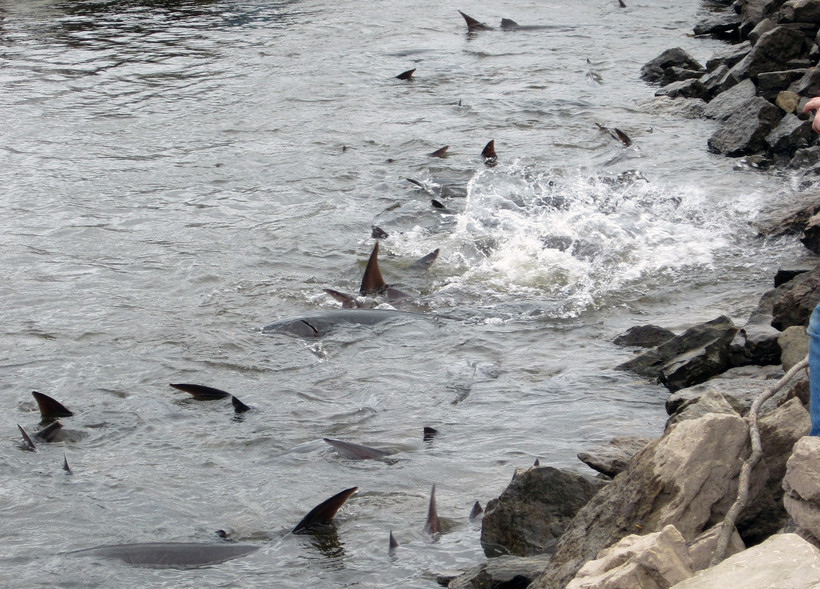 Lake sturgeon spawning season has wound down on the Wolf River and other tributaries of the Lake Winnebago System in northeast Wisconsin.

Over the last several days, biologists have been gathering data on the state's fish population, which they say is helping revive the species elsewhere.

Wisconsin sends sturgeon eggs to two hatcheries in Wisconsin and to the Warm Springs National Fish Hatchery in Georgia. Koenigs said those fingerlings will be released in Georgia, the Carolinas and Tennessee in an effort to re-establish sturgeon populations in those states.

He said the state's sturgeon population has "the ability to help other populations that need a little bit more support, or were driven to very low levels or were completely removed from an area."

Since April 22, DNR biologists have been using nets to capture sturgeon spawning on the banks of the Wolf River and its tributaries like the Embarrass River.

Koenigs said staff check the big fish to see if they are already tagged. If not, they will be embedded with a chip such as those used for pets and released.

The chips supply much-needed data to determine how the winter sturgeon-spearing season will shape up, Koenigs explained.

The DNR has used electronic sturgeon chips since 1999.