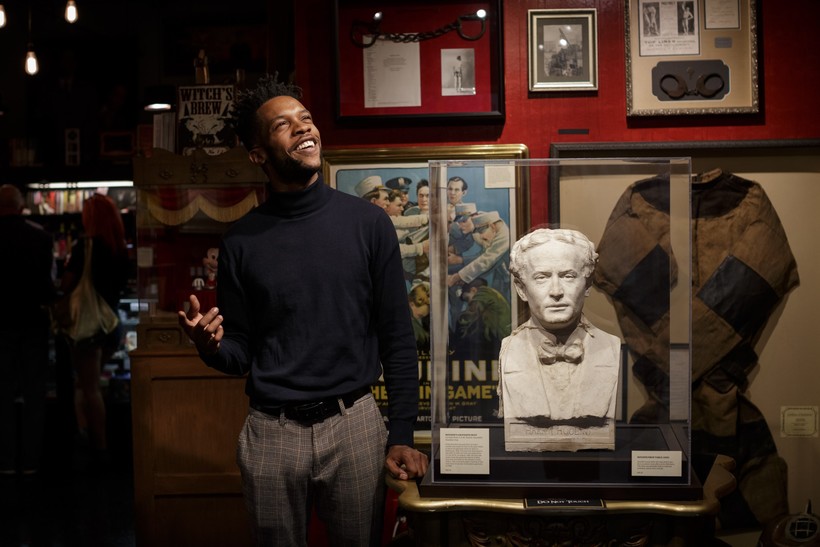 Is Wisconsin's RJ The Magician The State's New Houdini?

When Rajon Lynch began performing magic tricks in Appleton, people would ask if he was the new Houdini.

A bit perplexed, Lynch thought back to a biography of the famous illusionist Harry Houdini that he had read in elementary school. Houdini wasn't from Appleton, but he did live there for a time after his father got a job as a rabbi.

"I started to kind of ride that a little bit because I was kind of the new young face of magic for the area," said Lynch, who was born in Racine and graduated from the University of Wisconsin-Oshkosh. "I think they were kind of waiting for a little bit of magic in Appleton."

Although separated by more than 100 years, the men who shared a love for magic and both called Wisconsin their onetime home were bound to meet.

Now surrounded by the famous props that launched Houdini's legacy, Lynch recently became director of the Houdini Museum of New York, located on the fourth floor of a Midtown Manhattan building. Inside is Houdini's "metamorphosis trunk," which is used during a magic trick when the magician and assistant trade places.

Lynch, whose stage name is RJ the Magician, returns to Oshkosh from 7:30 p.m. to 9 p.m. Friday at The Time Community Theater to host a magic show. The event brings in two other magicians: Caleb Hyatt and Noah Sonie.

In another magical coincidence, both Lynch and Houdini were 9 years old when they glimpsed what would become their future careers.

In 1883, Houdini was performing publicly as trapeze artist Ehrich, the Prince of the Air. Lynch succumbed to television commercials advertising magic props in the mid-2000s.

Lynch wasn't a natural. It took him until he was about 19 years old before he became adept at performing magic.

"When I first started doing magic, no one wanted to hire me," he said. "I didn't know anything and I wasn't good."

But with a commitment to learning the craft and countless hours spent practicing, Lynch got better. He started performing around school and at a local homeless shelter for kids.

Eventually, he built up enough clout and got hired to perform at the YMCA doing balloon animals and magic.

Lynch was recommended for the director job at Houdini Museum by a former student who Lynch taught in New York.

He was hired in September, about a week after moving to New York.

Surprisingly, Lynch wasn't looking for a job in the field of magic, but rather a job in communications, which is what he majored in at UW-Oshkosh.

"I didn't really want to do something magic related because I felt it might pigeonhole me," he said. "But it's really hard to get a job in New York."

There are more than 1,500 pieces of Houdini memorabilia in the museum's archives, which are rotated out for display.

The museum even sells original keys used by Houdini, for example for picking locks, for the price of $1,500 each.

"We actually sell a decent amount of them," he said.

Lynch said he likes to bring in all kinds of different groups to the museum to learn about magic and break the stigma that magic is something "weird people do." Also, he said it's one of rare art forms where people get paid good money up front.

"You can go out, advertise yourself and you can make a lot of money per hour by just bringing a deck of cards and some rope and whatever you use for magic," he said.

While becoming a professional magician may not be the goal, Lynch said it's still worth trying for other benefits. By doing magic himself, he's been able to overcome stage fright, gain confidence and get better at speaking in public. 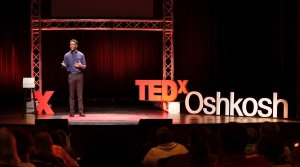 After growing up in Appleton, Harry Houdini moved to New York and became the world's most famous illusionist. We talk with a Wisconsin magician who followed a similar path, now directing New York's Houdini museum. He shares his thoughts in magic and expanding opportunities in the profession.