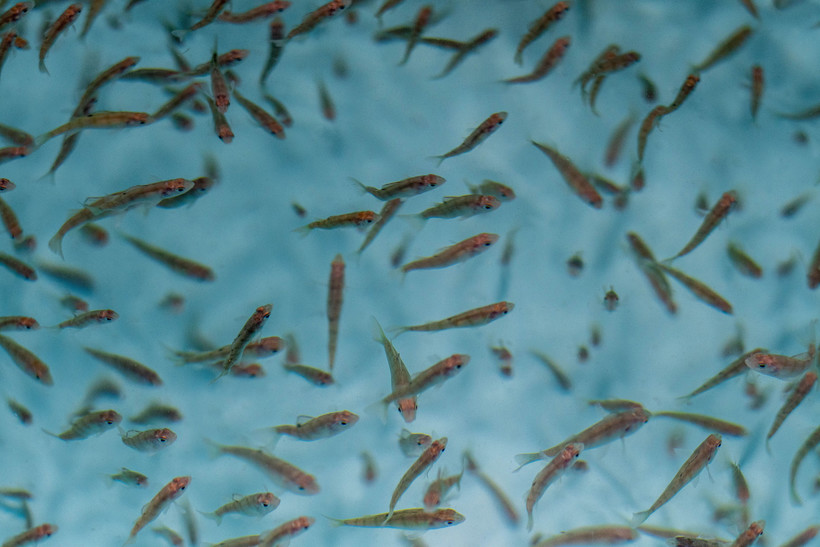 The Farmory in Green Bay announced its first commercial-scale hatch of yellow perch fingerlings. Aquaculturists can purchase the fish and raise them from fingerling to fork, said executive director Claire Thompson. Photo courtesy of The Farmory

The Brown County nonprofit, which completed renovations in February, recently celebrated another big milestone. Its first commercial-scale hatch of yellow perch fingerlings came available for sale last week. The fish will begin heading to new homes in June, but they're not quite ready to eat.

Rather, experienced fish farmers or aspiring aquaculturists can purchase and raise them from fingerling to fork. The money earned goes toward the Farmory's operating costs, said executive director Claire Thompson.

Yellow perch fingerlings from the Farmory are special because they're grown indoors, away from any potential pathogens they might encounter in the wild, she said.

"When people buy our perch, they can bring them home and put them in their indoor tanks or their aquaponic systems or put them outside in ponds and have rest assured that they're healthy, clean fish," Thompson said.

In Wisconsin, yellow perch are a fish fry staple, but most of the wild-caught yellow perch sold in restaurants or grocery stores is now imported from Canada.

Green Bay is the only Wisconsin waterway where commercial yellow perch fishing is allowed, said Tammie Paoli, a fisheries biologist with the Wisconsin Department of Natural Resources.

In recent years, commercial fishing operations have harvested about 30,000 pounds of yellow perch from the bay annually, though the DNR allows them to collect up to 100,000 pounds each year, Paoli said.

The warmer, shallower waters of Green Bay have been able to sustain a yellow perch population more successfully than the main area of Lake Michigan, she said.

In part, Paoli attributes the species' struggles in the lake to the large number of invasive quagga and zebra mussels. The mussels filter things like phytoplankton out of the water. Those are the things larval yellow perch would normally eat, she said.

Though most yellow perch comes from outside Wisconsin, the Farmory still sees value in helping more farmers grow the fish locally, Thompson said. 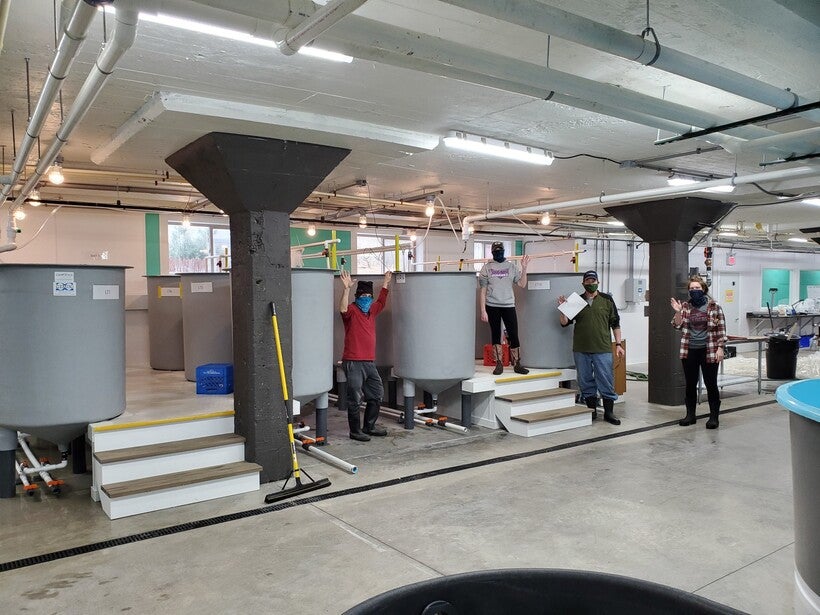 Staff at the Farmory in Green Bay work to raise their first commercial-scale hatch of yellow perch fingerlings. The fish are now available for sale. Photo courtesy of The Farmory

"There's a great demand and a lot of people are interested in becoming fish farmers," Thompson said.

The Farmory will offer three grades of yellow perch fingerlings. Its smallest hobby-grade fish, which are ideal for people who are new to aquaculture, cost $10 for 25 fingerlings, Thompson said.

The fish are raised to eat commercial pellets and sea monkeys. That means they’re equipped to transition to ponds or be kept in tanks and fed regular fish food, she said.

From there, farmers can grow them until they’re ready to be eaten or sold.

Beginning this week, the Farmory will host eight webinars covering all aspects of raising yellow perch. They’re free and open to the public.