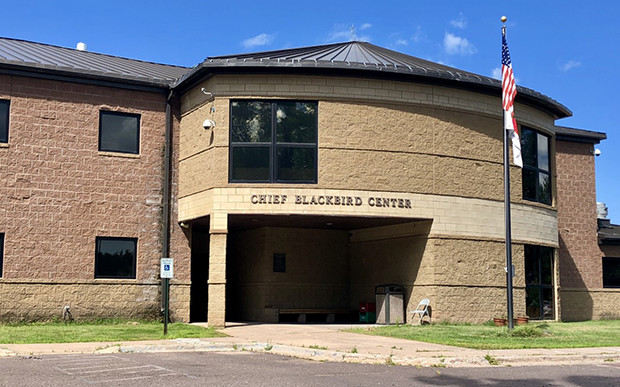 The Chief Blackbird Center is one of the sites that will be fitted with solar panels with money from a grant the Bad River Band of the Lake Superior Tribe of Chippewa Indians received from the Department of Energy. Danielle Kaeding/WPR

The Bad River Band of Lake Superior Chippewa in Odanah and the Forest County Potawatomi Community in Crandon are two of 12 tribes who received 14 grants from the federal Office of Indian Energy Policy and Programs worth $16 million.

"These projects will unleash sovereign Native American and Alaska Native energy development however each tribe believes is best for their community," said Mark Menezes, U.S. under secretary of energy, in a news release from the Department of Energy.

A recipient of a nearly $1 million grant, the Bad River Band will use the money, in addition to about $1 million in cost sharing, to install solar panels at three tribal buildings: the health and wellness center located in Ashland, the wastewater treatment plant in New Odanah and the Chief Blackbird Center in Odanah.

Over the next 25 years, projections show the tribe will save about $841,000 in energy spending, according to DOE.

Dylan Jennings, a tribal council member of the Bad River Band of Lake Superior Chippewa and a public information officer for the Great Lakes Indian Fish and Wildlife Commission, said although the tribes aren't against oil or coal, going green is one way the tribe is preparing for future generations.

"We firmly realize that we need to be doing our part in adapting to better and more efficient ways of living that are healthy for the environment," he said.

Daniel Wiggins Jr., an air quality technician with the Natural Resource Department for the Bad River Band of Lake Superior Chippewa, said energy savings is part of the tribe's strategic plan and goal to reduce current energy costs by 10 percent by 2025 and generate 10 percent of the tribe's electricity with renewable technology by 2025.

"This is the first phase of kind of reaching that ultimate goal of tribal energy sovereignty," Wiggins said.

Energy sovereignty is important for the tribes, Wiggins said, especially as climate change produces more environmental hazards that can impact the community. Wiggins specifically pointed to a 2016 flood that led to power outages that were particularly devastating to tribal elders and other community members.

"As we move forward and we're seeing more of these kind of catastrophic environmental events that have been happening more and more frequently, we're really looking to be able to provide and sustain ourselves in a good way," he said.

The Forest County Potawatomi Community received $1.08 million from the DOE, and plan to cost-share an additional $1.08 million for a $2.16 million project to install solar panels at eight tribal facilities in Milwaukee and on the tribe's reservation lands in Crandon. Annual savings are expected to be $105,996.

The tribe also received an additional DOE grant of $581,430 to install solar panels on its community center at an expected cost savings of $111,109 each year over 30 years.

Other tribes in Arizona, Montana, California, South Dakota, Alaska and New York received grants that were announced in late July and will use those dollars for specific green projects identified during the application process. 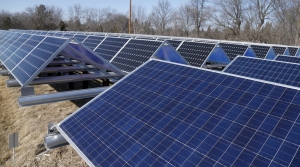 The Bad River Band of Lake Superior Chippewa is one of the tribes receiving a federal grant for renewable energy projects. We talk with a tribal council member about what's planned and why working toward energy independence is important for the tribe.