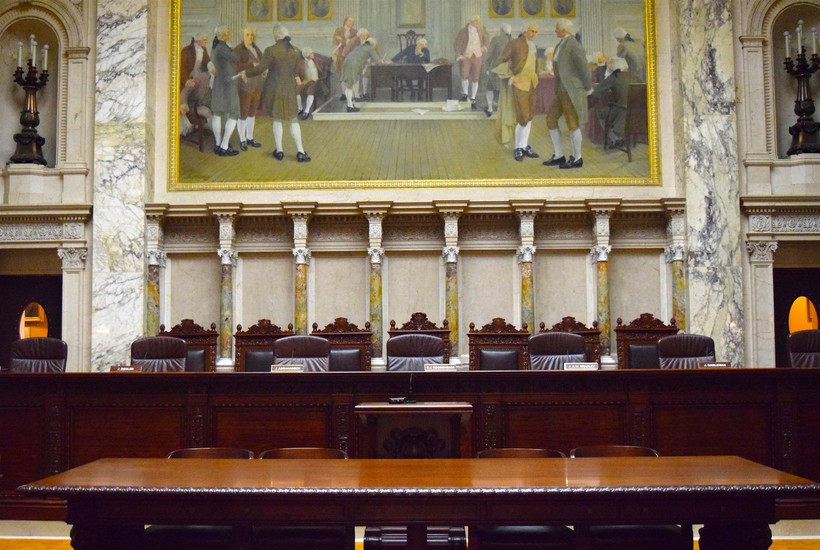 Final Say In Case Is Still Up To Federal Court
By Shawn Johnson
Share:

Conservatives on the Wisconsin Supreme Court have ruled the Legislature has the power to represent the state in election law challenges, potentially opening the door for GOP lawmakers to appeal a six-day extension for counting absentee ballots.

Whether or not the six-day extension is allowed to stand will still be up to federal judges on the 7th Circuit Court of Appeals in Chicago, and possibly justices on the U.S. Supreme Court.

But Tuesday's 4-3 order from the Wisconsin Supreme Court's conservative majority was essentially a message to the federal court system that under a Wisconsin law Republicans wrote, they have the power to represent the state in this appeal.

The dispute stems from a Sept. 21 ruling by U.S. District Court Judge William Conley, who sided with Democrats in a lawsuit that sought to change a number of voting laws because of the COVID-19 pandemic.

Conley's ruling would give clerks until Nov. 9 as long as they are mailed and postmarked on or before Election Day. Normally, ballots have to be in the hands of local election officials by 8 p.m. on Election Day.

Conley's ruling also extended the deadline for online and mail-in registration from Oct. 14 to Oct. 21.

Republicans appealed the decision, but a three-judge panel on the 7th Circuit Court of Appeals upheld Conley's order, ruling unanimously the Legislature lacked the legal standing to represent the state's interests.

Republicans asked for an "en banc" appeal of the decision with the entire panel of judges who serve on the 7th Circuit. As part of that appeal, the 7th Circuit asked the Wisconsin Supreme Court to weigh in on whether the Legislature had a right to represent the state.

Writing for the majority, conservative Justice Brian Hagedorn said the Legislature had that right, citing a law that Republicans passed during the 2018 lame-duck session.

"The statutes now give the Legislature power to step in as a party and defend state law," Hagedorn wrote.

"I dissent because the clear answer to the question certified by the Seventh Circuit is 'no,'" Dallet wrote. "Under Wisconsin law, it is the attorney general, or special counsel appointed by the governor, who must represent the state's interests."

Tuesday's ruling from the Wisconsin Supreme Court's conservatives was a win for Republicans, but there's no telling whether it will alter how the federal court rules in the case.

Federal judges had previously said they would issue a final ruling in the case by Thursday.