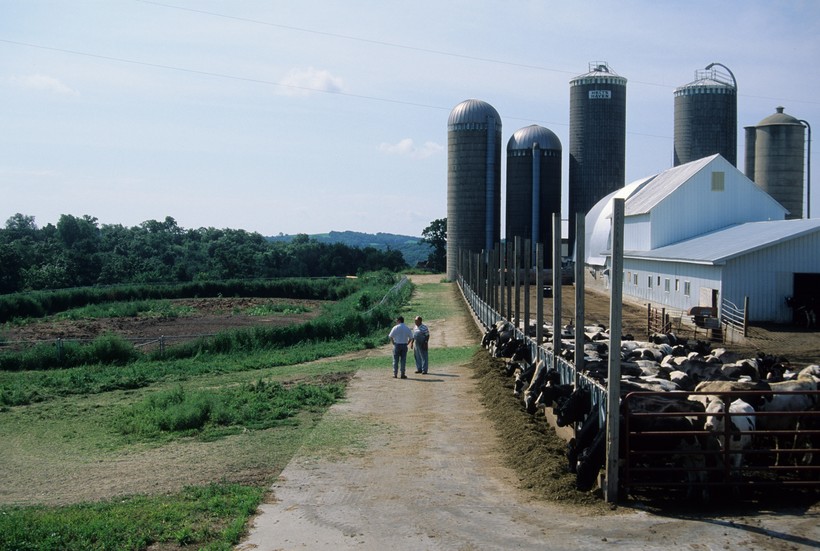 Opponents of Golden Sands Dairy insist they are not defeated.

The company wants to house 5,300 cows and grow vegetables on almost 6,400 acres of land in Wood County's Town of Saratoga.

A state appeals court blocked the project in 2017 when it sided with town officials.

The town officials said the building permits they issued did not give the dairy the right to farm on the adjoining acreage. The town board re-zoned the property to prohibit farming after Golden Sands had acquired the land and applied for the permits. The board also initially refused to grant the permits, but was forced to issue them by a circuit court judge after Golden Sands sued.

The state Supreme Court reversed the appellate court ruling on a 5-2 vote. Justice Michael Gableman, writing for the majority, said because it had the building permits, "Golden Sands has a vested right to use all of the property for agricultural purposes."

"We agree with the sentiments that are presented by the dissent that this is an unwarranted and unnecessary expansion of the vested rights rule," Bitar said.

Scott Manley, senior vice president of government relations for Wisconsin Manufacturers and Commerce, told WPR that the decision "was a very significant win for property rights in our state."

"As a landowner you have the right to use your property in whatever manner is legally allowed by zoning laws," Manley said. "Local governments can't come in and change the rules of the game after you've already got a building permit."

The battle over the proposed dairy will now be fought in another arena, Bitar said.

"There are a number of environmental permits and issues that need to be resolved. Many of those have been on standby for a number of months if not years now, and I would imagine that those processes now need to go forward," Bitar said.

Rhonda Carrell, the leader of a local homeowners group, said they would continue to oppose the project at future Wisconsin Department of Natural Resources hearings.

"We're disappointed but we're not defeated. We're confident that the Golden Sands Dairy carries a heavy burden moving forward," Carrell said. "We will continue to advocate for our water, our property values, our air quality and our quality of life in general."

Jim Wysocki, owner and CFO of Golden Sands, said he wanted to work with the local community "to find compromise and solutions."

"While we are pleased with the court’s decision, our intent regardless of its ruling has been for our business to work with the Saratoga community to resolve the issues. Nothing about the court’s ruling changes our thinking," Wysocki said in a written statement.

Bitar said there were no immediate plans for additional litigation. He said he would wait for guidance from the Town of Saratoga Board.