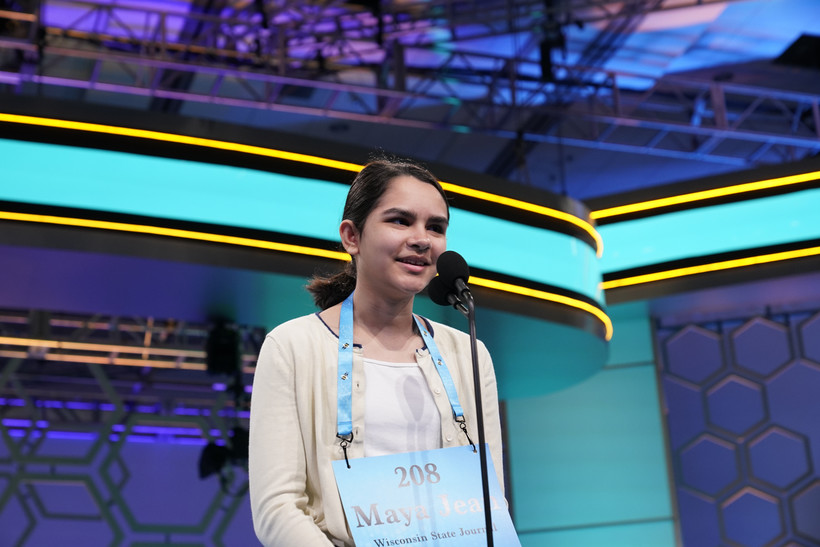 Having participated in four Scripps National Spelling Bees, Maya Jadhav can look back on her competitive spelling career and appreciate the great journey she has been on.

"I didn’t have any idea what I was doing in fourth grade," she said. "But I think it got easier as I got to know more spellers and I became part of the spelling community."

The eighth grader competed in her final national bee last week, when she lost on the word "branzino," which she described as a type of meat from a fish.

"I spelled it with an 'O' instead of an 'A,'" she said, adding that she pronounced the word slightly wrong while on stage. "That’s probably one of the most difficult words I’ve ever gotten."

Jadhav, a home-schooled student in Fitchburg, said on Wisconsin Public Radio's "The Morning Show" that she has had a lot of successes and setbacks, but there is always a piece of luck — what word each participant is given — involved in these bees.

But Jadhav has been remarkably consistent in her success at the state level. She won the Badger State Spelling Bee four years in a row.

Brad Williams, a radio reporter in La Crosse and pronouncer for the state spelling bee, was once a state champion himself. He told "The Morning Show" Jadhav "basically has the record as far as Wisconsin goes" for her four appearances at the national tournament. 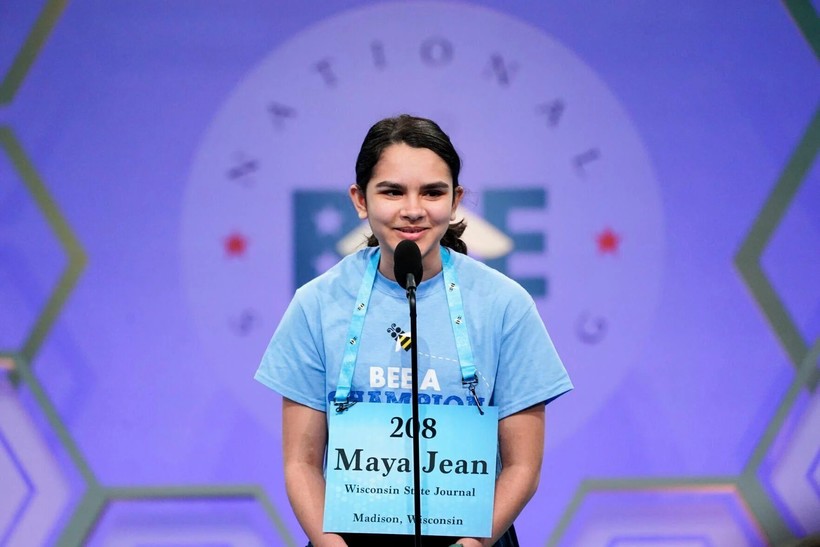 Jadhav said she has been proud to represent Wisconsin for so long. She appreciates the study skills and perseverance she has built over those years. She said she learned how to set goals and manage her time, too.

How spellers have prepared has changed over time. She said spellers used to need a coach, typically a parent, to look up words and prepare lists. But now, she said Spellpundit is an online resource that handles that for spellers.

Still, she said a lot of elite spellers have coaches. They can help teach spellers about roots and language rules, she said. They can come up with ways to remember tricky words. Then, there’s quizzing — a lot of quizzing.

Jadhav’s coach was her dad. He identified words she needed to study most based on previous bees.

"He did a lot of research," she said.

It’s not always easy to balance parenting and coaching. Jadhav said she and her father disagreed sometimes. She has been coached by others before, too, but none ultimately measured up to her dad.

"I think overall he was the best coach I could have," she said.

Now, Jadhav will have time for more than spelling. She plays the oboe and tennis. She has camps to attend this summer. High school is around the corner. She’ll keep busy.

She said she wants to take whatever time is left around all that to contribute to the spelling community locally. She didn’t know much when she was in the fourth grade, but she wants to teach and inspire the next set of competitors.

"I would really like to help the younger spellers," she said. 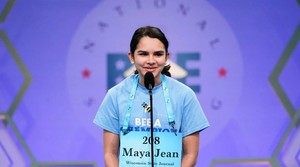 A Wisconsin eighth grader made her final trip to the annual Scripps National Spelling Bee. We talk with Maya Jadhav about her s-p-e-l-l-ing career. The Badger State Spelling Bee pronouncer also joins to talk about the word competition world.