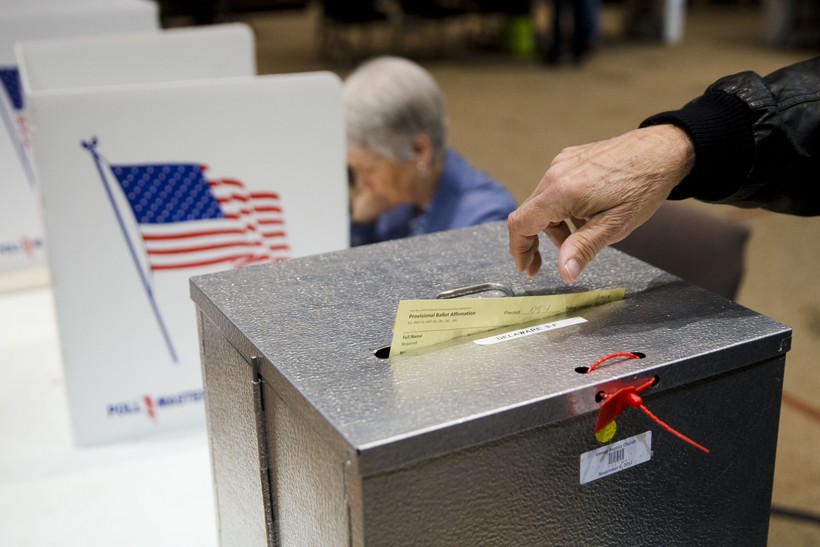 Early voting across Wisconsin has eclipsed totals from the last non-presidential election year, according to the Wisconsin Elections Commission.

As of Friday, 86,486 absentee ballots had been cast in person and by mail across Wisconsin.

The election marks the end of a crowded Democratic primary in the governor’s race and an expensive and divisive battle for the GOP nomination to challenge incumbent U.S. Sen. Tammy Baldwin in November.

About 14,000 absentee ballots had been cast in Milwaukee County as of Friday, according to the Wisconsin Elections Commission. Of those, 2,400 were in the city of Milwaukee, Albrecht said.

"We’re hoping that’s an indicator of enthusiastic public interest in the election and that our election numbers for Tuesday will be comparable," he said.

Early voting hours were extended in 2016, after a federal judge struck down restrictions put in place by the state Legislature.

The state Elections Commission expects between 15 and 20 percent turnout for the partisan primary. Turnout for the last presidential election was 66 in Wisconsin.

Polls will open at 7 a.m. Election Day and close at 8 p.m. Voters can register to vote in-person on Election Day at their polling place, as long as they provide proof of residence. A photo ID is required to cast a ballot.

Residents can find their polling place and see a sample ballot online at myvote.wi.gov.

Click here for a WPR FAQ on registering to vote and voter ID requirements.