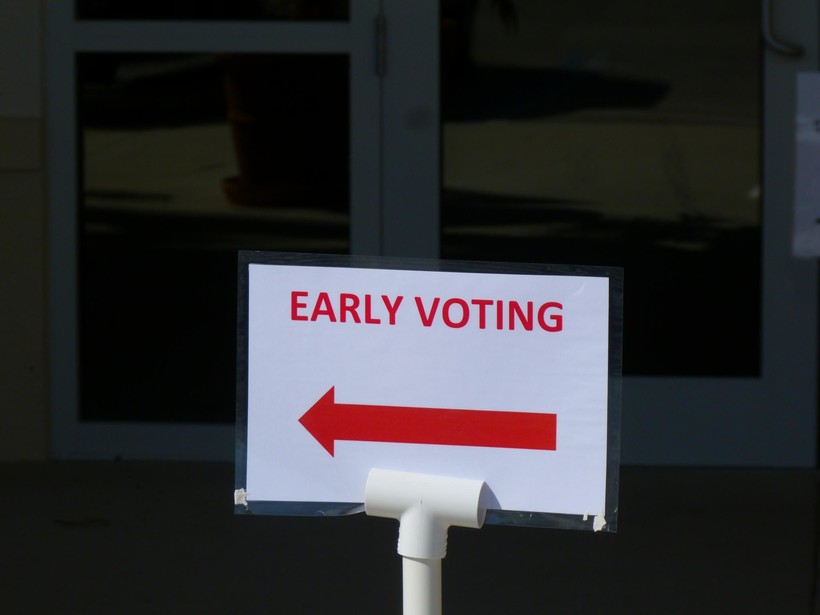 Early voting -- the opportunity for individuals to cast in-person absentee ballots weeks before Election Day -- is having a big year in Wisconsin.

Thanks to an earlier fall primary and a federal court ruling striking down laws that restricted in-person absentee voting,Wisconsin voters can weigh in on this November’s general election in mid-September, which is earlier than ever before.

And, according to the state Elections Commission, early voting has been steadily rising for the past several years.

So, it could be a historic year for Wisconsin’s early voters.

However, some might be confused about when, where and how to participate in early voting -- particularly now that Wisconsin’s voter ID law is in effect.

So for those who want to vote early, here’s what any residents need to know before casting a ballot:

I haven’t registered to vote yet. Can I register the same day I go in to vote early?

What do I need to bring to register?

A proof of residence document.  If your driver’s license or state ID card has your current address, that’s all you need.

Don’t have an up-to-date driver’s license or state ID card? You can bring a utility bill, tax bill or pay stub to prove you live where you say you do.

A full list of qualifying proof of residence documents is right here.

If you go with a document other than your driver’s license or state ID card, you’ll have to provide one more thing: the last four digits of your Social Security Number.

Early voting – when, where, how?

When does early voting begin in Wisconsin?

A law that restricted when early voting could happen, and for how long, was struck down by a federal court ruling in July, so cities, villages and town are free to set their own hours.

Madison, Milwaukee, Verona, Wisconsin Rapids and several others, have already kicked off the early voting in their communities. Your community may not have, though -- call your local clerk to find out. Their contact info is here.

Where do I go to vote early?

Because of that federal court ruling, you may have more than one option for your early voting polling place.

Madison has 13 locations and the full list is available here. Milwaukee has three and you can find them here.

If you want to vote early and your home town has more than one early voting location, you can cast your ballot at any of the locations.

You can contact your clerk to see if you town has multiple early voting locations. Their contact info is here.

Does every city/town/village in Wisconsin provide early voting?

Yes! But there’s a caveat. In some smaller towns, you will need to make a personal appointment with your municipal clerk to vote early, because they’re not planning to be open to offer specific early voting hours.

To find contact information for your municipal clerk’s office, to see if they’re hosting early voting hours or if you need to make a specific, one-on-one appointment, you can go here.

When does early voting end?

Each municipal clerk’s office sets its own schedule, so there’s no straightforward answer.  Voters should call ahead to see what their local clerk’s schedule is for early voting. However, the last possible day any community can offer early voting is Sunday, Nov. 6, two days before the election.

But what about voter ID?

I’ve heard a lot of confusing news about voter ID over the past few years. What happened with that, exactly?

Well, a lot. The law was signed in 2011, and has been on-again, off-again since, thanks to a series of court challenges and decisions. Want the full, detailed low-down? WPR created an interactive timeline, graphic and narrative to help guide you through everything. You can check that out here.

Okay, so what do I need to bring to the polling place to vote?

Any of these IDs are valid, as long as they didn’t expire before Nov. 4, 2014 (the date of the last general election):

These IDs also work, but they must be current -- they cannot be expired:

Can I use an out-of-state driver’s license as voter ID?

Can I use my student ID as voter ID?

Yes -- but it does have to have some specific traits.

(Non-voter ID related side question: I just moved to Wisconsin to go to school -- can I vote here?)

As long as you’ve been living in Wisconsin for at least 10 days and have a valid ID, you can vote here.

If you have moved to Wisconsin from another state less than 10 days before an election, you can still vote for president and vice president in Wisconsin. Just ask for a "presidential-only" ballot.

I don’t have a qualifying ID right now, but I want to vote -- what can I do?

You can go to your local Division of Motor Vehicles office and get a free state-issued ID. You just need a document like a birth certificate or a marriage license to prove your identity. A full list of qualifying documents is here.

If you don’t have any of the documents required to get a free state-issued ID, you can enter a petition process and receive a receipt with your photo, which can be used as a valid ID at the polls while the DMV reviews your application for a state ID card.

What should I do if I go to a polling place and officials say my ID isn’t valid?