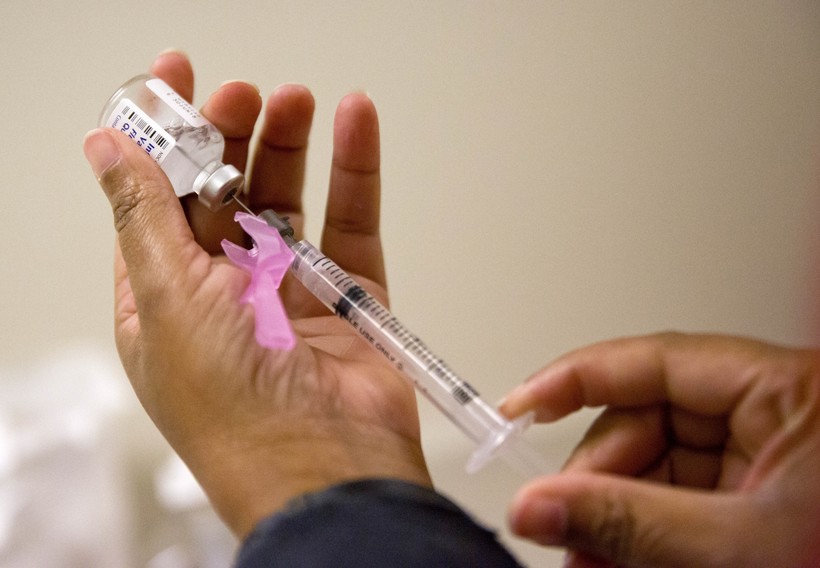 Wisconsin Sees 100 Flu Hospitalizations In Half A Day

State Health Officials Anticipate Over 500 Hospitalizations For The Week
By Alana Watson
Share:

Flu cases in Wisconsin have spiked significantly this week, according to Wisconsin’s Department of Health Services.

During a telephone conference Thursday afternoon, state health officials confirmed that there were 100 new flu hospitalizations on Thursday by noon.

Thomas Haupt, the influenza surveillance coordinator for DHS, said both strains of the virus, influenza A and B, are spreading quickly.

Earlier this year, Haupt said that influenza B was the predominant virus spreading.

State health officials also confirmed during the telephone conference that a second Wisconsin child died from the flu this week.

"This is a tragedy," Haupt said. "Any influenza death is a tragedy, especially a child, and we want to offer our deepest sympathy to the family and relatives of this particular child."

The state's vaccination rate is over 40 percent, according to Haupt. He said it's not too late for residents to get a flu shot since we are in the middle of the season.

The state had low flu activity at the beginning of influenza season in October, but by January, the Centers for Disease Control and Prevention placed Wisconsin at high flu activity levels.

DHS will have additional information about the number of flu cases Friday in their weekly respiratory virus surveillance report.