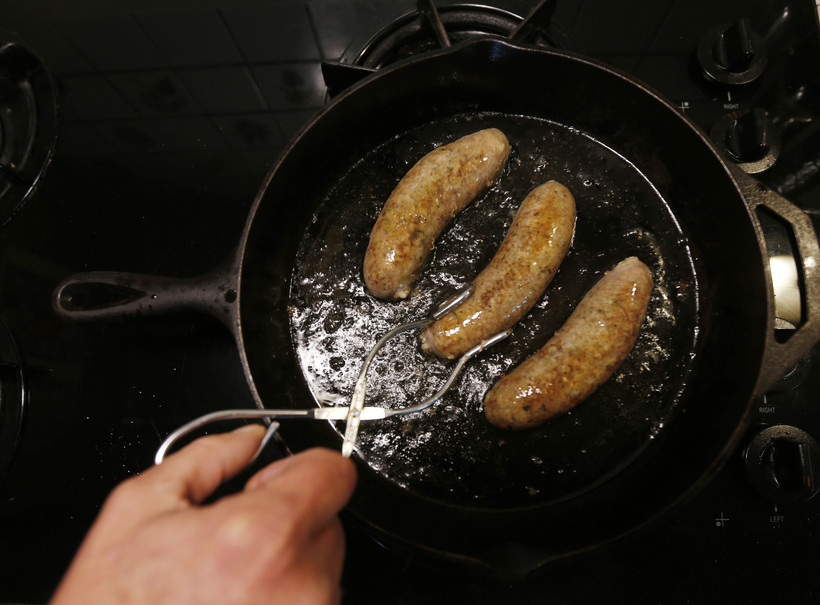 It’s an old tradition, but it’s making a comeback.

More and more Wisconsinites are following in their ancestors' shoes and starting to make their own sausage at home. Brats and other types of sausages have long been a hallmark of America's Dairyland, but recently a growing number of people are making the time-honored meats right in the comfort of their own kitchens and backyards.

Jeff Sindelar is a meat specialist with University of Wisconsin-Extension, and he makes his own sausage at home, just like his grandparents in rural Nebraska used to do.

"It should be noted that it’s going on for quite some time, it’s just gaining popularity in the great state of Wisconsin," Sindelar said.

A combination of access to instructions on the internet and a growing re-interest in local food has led to kitchens, garages and sheds across Wisconsin being converted into at-home sausage production sites.

Sindelar partially contributes the farm-to-table movement to the resurgence of people making sausage in their own homes.

"There’s nothing more local than your two hands creating something in the comfort of your home," Sindelar said.

For Sindelar and many others, making sausage at home is a world apart from old adages condemning an unsightly process. Sindelar said the process can be a way for people to gather and create something that they can then all enjoy together.

Whether the sausage makers hunt their meat or get it from the grocery store, the process can make people feel closer to their food, Sindelar said.

"Definitely a sense of pride, excitement in taking that journey and saying, 'I made this with my own two hands,'" Sindelar said. "There’s tons and tons of resources on the internet as well as at your local hunting and fishing stores, and lots and lots of expertise to help guide people who want to do that."

Plus, people don’t need any fancy equipment to make sausage at home. Some die-hard at-home sausage chefs spring for expensive machinery for particle reduction — the process by which you grind the meat to a consistency that can then go into a sausage casing. Beginners, however, can purchase small grinders that can clamp to their kitchen workspaces or small attachments for their kitchen mixtures without busting the bank, Sindelar said.

But it’s important not to go into the sausage-making process blind. Sindelar said there are some rules that people should keep in mind whenever handling meat.

Sindelar also warned folks to make sure they’re making their sausage in a clean environment. Like any other time people cook with meat, they should make sure their workstation, hands and equipment are all clean.

Finally, Sindelar also cautions against cross contamination, or contaminating other parts of the kitchen or kitchen equipment that’s used for other dishes with potential bacteria from raw meat. Many at-home sausage makers work in their garages and sheds to help with hygiene, Sindelar said.

Whether it’s your first time making sausage at home or your hundredth, Sindelar said the process is a good way to spend time with family or friends and make something people can enjoy together.