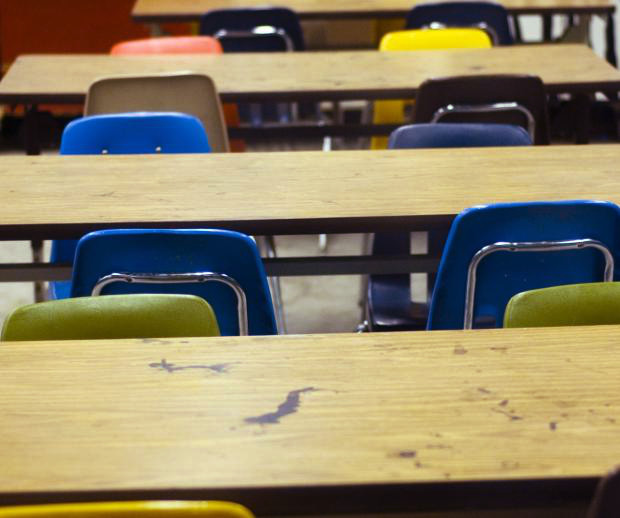 Tuesday's Election Has A Record Number Of Education Funding Questions On The Ballot
By Shamane Mills and Galen Druke
Share:

Tuesday is Election Day and many communities have school referendums on the ballot. In recent years, more districts have been asking voters for additional funds. Increasingly voters are saying yes to referendums that met a lot of opposition in the past.

Small communities tend to be close knit. So when an issue divides them, the rift can seem all the wider. An upcoming school referendum in La Farge is expected to be close. Probably not as close as a disputed school vote 15 years ago in the Vernon County village. That tie vote went all the way to the state Supreme Court. The case happened to coincide with this country's turmoil over the disputed presidential election, a fact Chris Blythe couldn't resist mentioning at the time. He was attorney for La Farge referendum supporters.

“We don't have any suggestion of voter fraud or malfunctioning machines; there's no butterfly ballots; there's no hanging chads,” Blythe said. “What we have here is a single ballot with an extremely light mark.”

The state's high court eventually decided the La Farge referendum failed because that mark, whether erased or just faint, was in the "no" box. With the upcoming ballot issue, school board President Barb Sarnowski said memories of that bitter court battle still linger.

“The case really was a difficult time for the district,” Sarnowski said. “It’s still in the back of people's minds, on a lot of voter’s minds.”

On April 7, the district is seeking approval for a couple of referendums totaling $7.5 million. Sarnowski said there have been a few letters of opposition in the local newspaper but no big backlash. Still, it’s no shoe-in.

“This is a community that has a lower … average income and a lot of people who are on fixed incomes,” she said. “So some of their decisions might be made on that day when they get down to voting yes or no. ”

According to the state Department of Public Instruction, in the last 20 years, 52 percent of school referendums passed. That success rate has risen to 64 percent in the last three years. At the same time, more districts are going to referendum, doubling in frequency between 2009 and 2014.

According to Wisconsin State Journal education reporter Molly Beck, that increase correlates with revenue caps placed on school districts under the Walker administration. Referendum approvals are the only way that schools can exceed those caps.

What most districts use the money for has also changed over the years. It used to go toward fixing buildings or constructing new ones,  but now a lot of that money goes just to run schools.

John Johnson is a spokesman with DPI. He said there will be more ballot questions Tuesday to fund schools than ever before.

“The state of Wisconsin will have a record number of districts going to their voters to pass operating referenda,” said Johnson. “There are 56 districts across the state that are asking voters to help pay for expenses next year”

In a recent column, Democratic Sen. Jon Erpenbach said the state is cutting its support of schools so districts have to turn to taxpayers directly. Republican Jeremy Thiesfeldt thinks that's the way it should be. He's chair of the Assembly Committee on Education and is an outspoken supporter of school choice.

“A school district, if they decide that they need additional money to provide a quality education, what is wrong with them having to sell this to the providers of the tax dollars, the voters?” Thiesfeldt said.

The majority of the upcoming referendums are for operating expenses. However districts are also asking for money to upgrade or do maintenance. According to Beck, past elections show that the latter are the likeliest past.

“When I was looking at the past few years there seems to be more support for building new schools than for operating expenses. Especially for referendums that are for recurring expenses… The type of referendums where it’s ongoing those are much, much less successful,” she said.

Mike Barry is assistant superintendent for business services at the Madison Metropolitan School District, which has a $41 million referendum on the ballot. Barry said many districts put off improvements during the Great Recession.

“Both in terms of trying to be responsive to the needs of the community and not looking out of touch with unemployment increasing,” Barry said.

Interest rates are low now, and La Farge school board President, Barb Sarnowski, said the district should take advantage of that. She and other supporters of traditional schools are mindful of the increasing options parents have in where to send their kids. Sarnowski said the district needs good classrooms to keep and attract students.

“It's a competitive situation,” she said. “We are very proud of what's going on inside our school building. We have an excellent and motivated students but our buildings don't show that pride and we'd like some buildings that are up to date.”