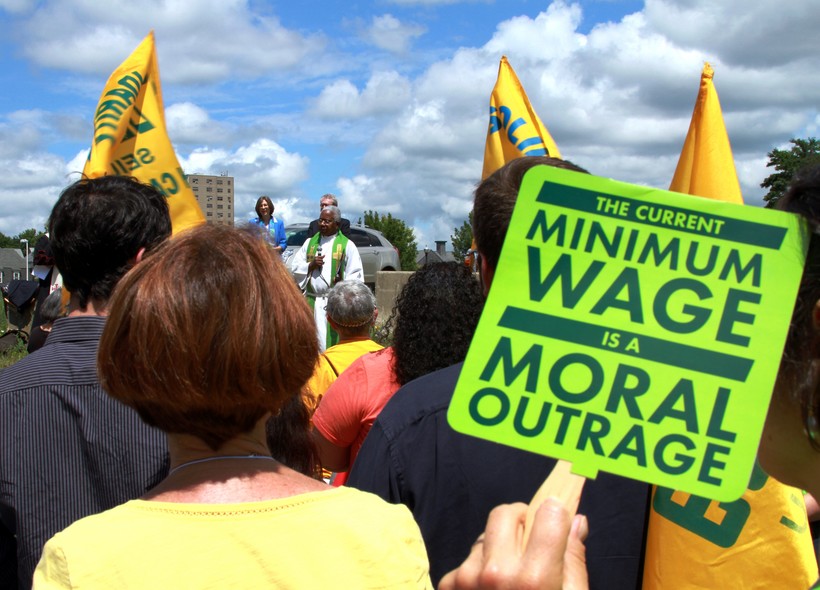 The U.S. House of Representatives is expected to vote on the American Rescue Plan on Friday. The $1.9 trillion package includes another round of stimulus checks, extended unemployment benefits and aid for schools and local governments.

U.S. Rep. Ron Kind, D-La Crosse, said the relief bill is needed and will help Congress "meet the urgency of the moment."

"While we see a light at the end of the tunnel now that people are starting to get inoculated, now that we’re ramping up production of the doses and getting it back home, we don't know how long that tunnel is yet," Kind said in a press briefing Friday morning. "This COVID package, because of the urgency and the speed, certainly isn't a perfect response to everything that we must address, but it’s a direct response to what we’ve been hearing from people back home in Wisconsin."

He said the $1,400 direct payments will help individuals and families who are struggling to afford basic living expenses and buy more time to vaccinate communities before fully reopening businesses.

Democratic U.S Rep. Mark Pocan told WPR’s "The Morning Show" he believes the relief package will help make up for Congress' inaction in 2020. He said federal lawmakers should have done more last year to boost the economy.

"I do think that the recovery checks, the support for small business, the support for frontline workers, the ability to get the vaccine out, the protection for renters — I mean all the components are what we need so that we can actually get our heads back up from under COVID-19. It's essential the vaccines get out, but it's also essential that we get the economy coming back as we’re doing that," Pocan said.

Despite a recent decision in the U.S. Senate not to consider a measure to raise the minimum wage to $15 an hour, Pocan said he believes House Democrats should not remove the legislation from the relief package.

"The people who are hurting the most are those who are on the lowest end of the wage scale. We have to do this to help those folks through COVID relief and to help stimulate the economy," Pocan said. "The Senate operates under very different rules, at a very different pace, and we’re not going to make the mistake that the Senate appears to be making."

Kind said he would prefer to see a regional approach to the minimum wage, but he supports passing the measure because of the inaction of some states to raise their minimum wage, including Wisconsin.

"$7.25 an hour is an embarrassment for our Wisconsinites, those working at jobs below the poverty level, because the minimum wage is at $7.25. Three quarters of the states have increased that minimum wage already, including all of our neighbors," Kind said. "If the state Legislature in Wisconsin would have done their job, too, there would be less pressure in Washington to set a federal standard."

U.S. Rep. Tom Tiffany, R-Minocqua, said in a statement that the U.S. can't afford to spend $1.9 trillion considering the level of national debt.

"The Democrats so-called 'relief' bill is filled with unrelated, job-killing policies like a $15 minimum wage mandate that will kick small businesses when they are down, $112 million for Speaker Pelosi’s train, and $350 billion in bailouts for state and local governments who haven’t been as fiscally responsible as Wisconsin," Tiffany said in a statement.

In a YouTube video released earlier this week, U.S. Rep. Mike Gallagher, R-Green Bay, said he also disagreed with the number of spending items that were unrelated to the pandemic.

"The hard reality is that if the Democrats go down this path of passing everything in a bill like this, it’s going to crowd out all the other priorities that we should work together on, particularly infrastructure spending, military spending, and our shared recognition of the need to combat the threat posed by China," Gallagher said in the video. "I just really think beyond the individual things in the bill that are unrelated to coronavirus, this is going to put us in a very difficult position this Congress to meaningfully address other priorities."