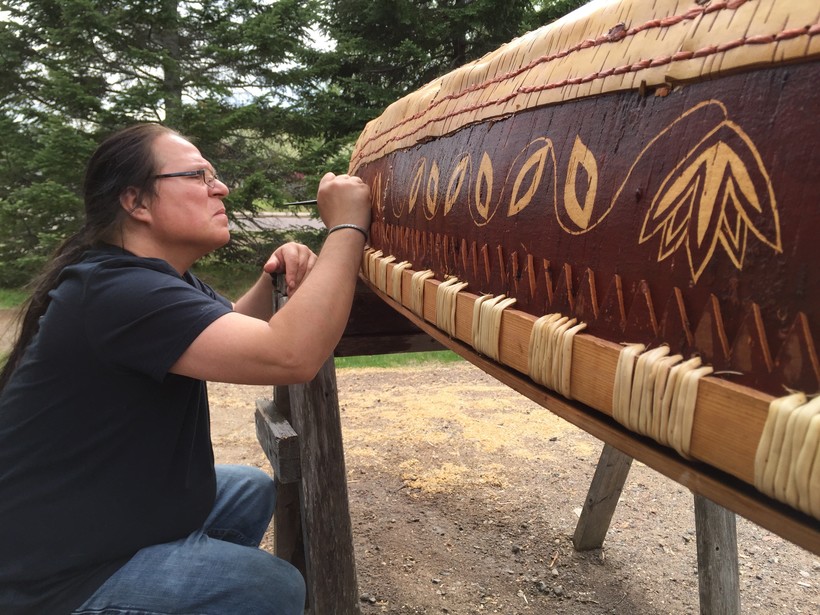 Karen Ann Hoffman, Wayne Valliere Awarded Top Honors For Their Craft By The National Endowment For The Arts
By Elizabeth Dohms-Harter
Share:

Two Wisconsin artists were honored Thursday by the National Endowment for the Arts as recipients of the 2020 National Heritage Fellowship, the nation's highest honor given to those who keep folk and traditional arts alive.

Karen Ann Hoffman, a raised beadworker, and birchbark canoe builder Wayne Valliere, both from Wisconsin, were featured in a video ceremony celebrating eight individuals or groups from across the county who have shown devotion to and exceptional skill in their crafts. 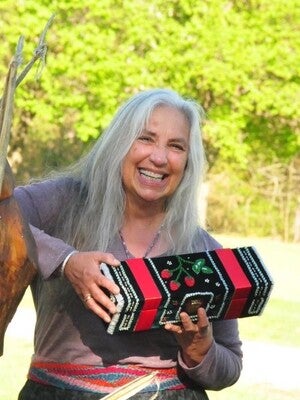 Hoffman is a Haudenosaunee raised beadworker whose Wampum urn is part of the permanent collection at the Smithsonian Institution's National Museum of the American Indian and is now on exhibit at Epcot Center. She's a member of the Oneida Nation, which is one of six nations in the Haudenosaunee Confederacy, also known as the Iroquois Confederacy.

Her multidimensional pieces are created with small glass beads that are sculpted onto a base material.

"Our work stands proud, high, embossed — it is raised over the substrate," she said. "And so when you see that dimensionality, you know you're looking at work that comes from Haudenosaunee culture."

Hoffman is particular about the types of materials she uses for her pieces. She never uses anything except glass, and she gets her beads from Czechoslovakia.

Glass beads were used by the Haudenosaunee since the early 1500s, Hoffman said. Prior to that, beads were made from shells, bones, clay and other decorative artifacts.

It's common to see this kind of beadwork on velvet material, Hoffman said, but it can also be done on trade cloth or wool. But because velvet is a luxurious material, and it's synonymous with the quality expected of these works of art.

Calico, a woven textile from cotton, is another option often used. Calico was a gift to the Haudenosaunee from the Dutch as part of their first treaty signing.

"When we line that bead work with that gift from our neighbors, we're using that as a visual representation that two cultures can live side by side, neither interfering with the other, but both supporting the other, living together and existing in a way that makes the other stronger, better and happier," she said.

Hoffman said she takes care to create artwork that's representative of the three time zones we live in: the past, present and future.

In Lac du Flambeau, that emphasis on time is an important element in the canoe creations that are built by Valliere.

"The front (of the canoe) is called niigaan jiimaan, which means the future," Valliere explains in an NEA video that aired Thursday night.

Valliere, also an Ojibwe language teacher, is a member of the Lac du Flambeau Band of Lake Superior Chippewa Indians.

He continues to explain that the stern is called ishkweyaan jiimaan — the past.

"Ripples of water, that's the past," he says in the video. "I always try to paddle into the future."

Valliere took up building birchbark canoes more regularly to help keep the trade alive. Where it was once common for all families to know how to build their own canoes, those numbers eventually decreased so much that only a handful of Ojibwe canoe builders were left in the Midwest.

"It is the apex of our cultural craft, and it would have been a great shame to lose that part of our identity as Anishinaabe people," he said. "So I started the process of building them again and showing other people how to build them so that canoe culture will rise again and be alive and well in our Anishinaabe country." 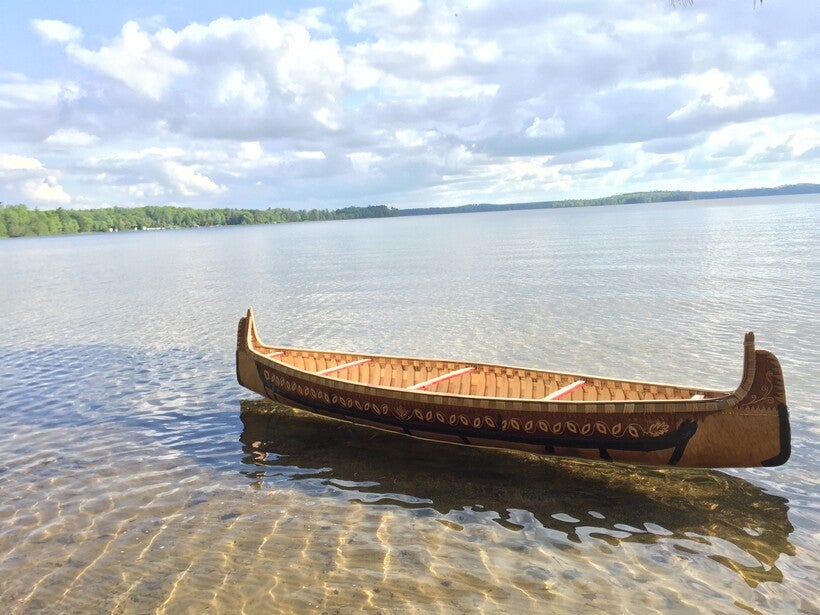 A birchbark canoe built by Wayne Valliere floats in the water. Photo courtesy of Tim Frandy

Finding quality birchbark needed to build a canoe is getting tougher, Valliere said, especially as more forests are cut down and not replaced. Valliere said he will sometimes test 20 or more trees in one area before finding a suitable one. He's looking for a tree that's 15 to 18 inches in diameter with bark that is more than an eighth-inch thick.

Once the tree is identified, Valliere said it's a matter of waiting until the tree is ready to give up her bark, which is usually in June when the bark loosens on the tree.

"We have a ceremony begging the tree a thousand pardons for what we're about to take and letting the tree know that we're going to make a canoe out of this bark and we appreciate it," he said.

The canoe builders will climb a ladder about 25 feet high and make a single cut from top to bottom. Then, the bark is carefully peeled away.

Pulling the bark from the tree does not kill the tree, Valliere said, because the inner rind of the bark next to the wood is kept intact. Sometimes the bark grows back and can be harvested again after about 12 years.

The patterns that Valliere carves into the canoe depend on events and signs from nature. 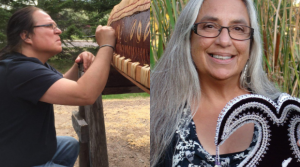 The National Endowment for the Arts is honoring two Wisconsin artists for their contributions to folk and traditional arts heritage. We talk with an Iroquois raised bead artist and one of the few Ojibwe birchbark canoe builders in the U.S.