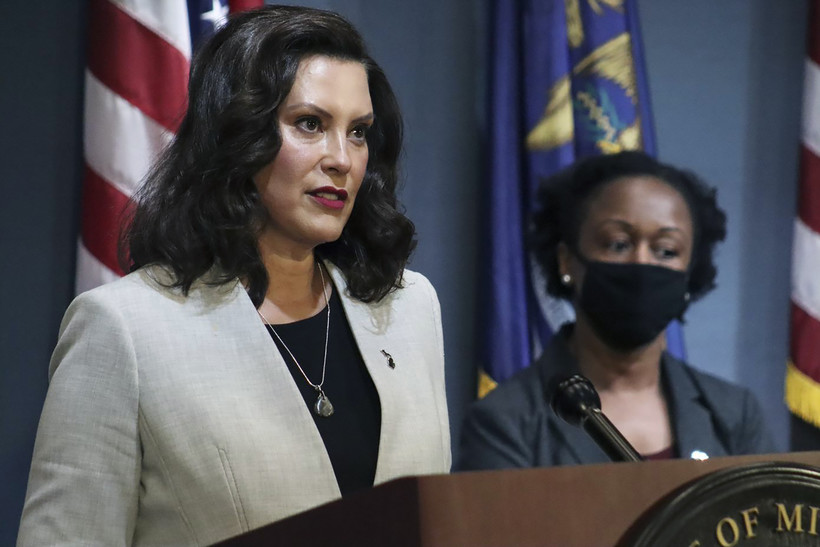 Study, Published In 'Journal of Applied Psychology,' Controls For Party And Other Variables
By Megan Hart
Share:

Existing literature in the field of applied psychology suggests women tend to be more successful than men at managing crises, said Dr. Alexander Stajkovic of the University of Wisconsin-Madison. He and Dr. Kayla Sergent of Edgewood College decided to look at how states led by men and women stacked up in terms of coronavirus response, which has largely been managed by governors.

Not only did they find states led by women had fewer coronavirus deaths, but also that women governors showed more optimism and empathy during the pandemic.

That empathy might have contributed to another of their conclusions: Early stay-at-home orders issued by women leaders appear to have had a higher rate of voluntary compliance than those issued by their male counterparts.

"The more the governor is empathetic, the more I feel like, 'Yes, you care about me. I care about you. I care about everyone. Let me do my part,'" Stajkovic said.

The researchers published their findings in the "Journal of Applied Psychology."

Stajkovic and Sergent have done other research on gender in workplace settings. The unprecedented nature of the coronavirus pandemic inspired their recent work.

"At some point between March and June, there was about 3.6 billion people affected by stay-at-home orders, which is more than there were people alive during World War II," Stajkovic said. "That has to kind of get your attention a little bit."

When organizations are in crisis, they tend to select women CEOs, and women are also preferentially chosen to litigate tough court cases, Stajkovic said. He said this is because they’re often more flexible, better equipped to change course or handle failure, and more comfortable expressing emotions.

"The more people that are involved in consensus building, the more you’re open to input from others, arguably the more effective you’ll be," she said.

Stajkovic and Sergent said they don’t believe these qualities are inherent to women. Rather, they’re the result of learned behaviors and the differences in how society treats the genders. Both men and women can work on developing the qualities that make a good crisis leader, they agreed.

One of the study’s strengths is that most of the data isn’t up for debate, Stajkovic said. The governors and their genders were predetermined, and the statistics on coronavirus deaths came from "The New York Times."

For the qualitative part of the study, which measured a governor’s hopefulness and empathy in their communications with the public, they used software to evaluate 251 gubernatorial briefings on coronavirus encompassing about 1.2 million words.

To measure empathy, they looked at how frequently a governor emphasized feelings and the topics discussed during briefings.

"We found that women governors talked more about people’s work and jobs and money and finances in terms of relating to how this epidemic was affecting them," Sergent said.

They also controlled for things like a governor’s political party, state populations and sociodemographic variables.

The paper was initially submitted April 20, and later updated with data through May 5.