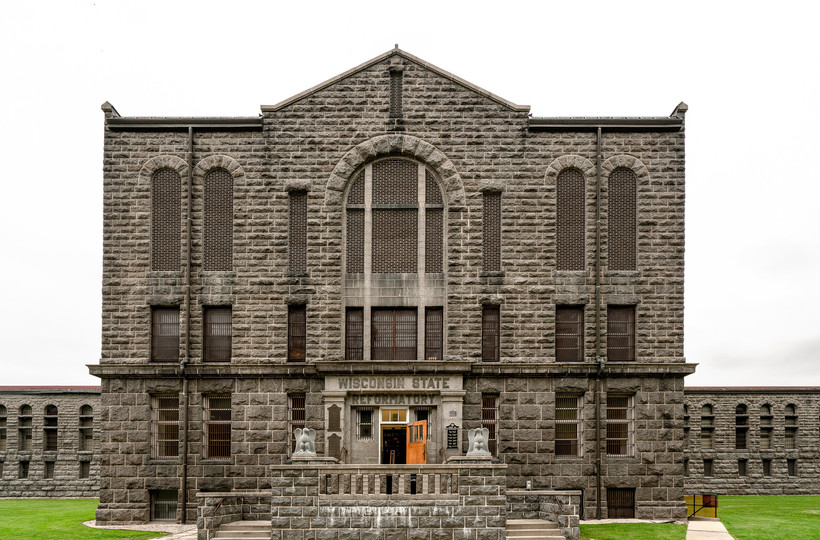 The overall rate of confirmed cases of COVID-19 in Wisconsin prisons is lower than rates among most neighboring state prison systems — although experts caution that differences in testing levels and policies between states makes such comparisons tricky.

Wisconsin Corrections Secretary Kevin Carr said the agency's efforts to prevent the spread of COVID-19 in state prisons have been "extremely effective" despite a recent outbreak at the Green Bay Correctional Institution.

In an interview with WPR on Tuesday, he said Wisconsin's prisons have seen far fewer cases within its general population than surrounding states in the Midwest, citing figures from an Aug. 20 memo to staff. As of Wednesday, the DOC had confirmed 773 cases, or 3.6 percent of the entire prison population.

Data compiled by the COVID Prison Project, which tracks data on testing and case rates for 53 prison systems across the country, also shows that Wisconsin has a lower rate of cases in the general prison population than most neighboring states except for Illinois.

Carr said a combination of testing, isolation and quarantine of those held in state facilities is being used to prevent the spread of the virus. Mass testing recently confirmed 264 cases among inmates — more than a quarter of Green Bay's prison population — the majority of whom have recovered. The Department of Corrections has also confirmed 35 staff tested positive and 22 have since recovered.

A second round of mass testing for all facilities began in August, said Carr, and a third round of testing is planned to happen soon for Green Bay to monitor the spread of the virus.

"We think we're on the downside of that curve, and we just want to make sure that we have everything under control," he said.

He noted Waupun Correctional Institution, where 228 inmates tested positive this spring, has had no new cases of the virus among prisoners or staff after a second round of testing in late July. Carr said the vast majority of the population at Waupun and Green Bay have been kept safe from the virus.

"We have a pretty good track record right now when we have these small to medium-sized outbreaks of identifying those who are positive, isolating and quarantining them, so that they are confined to a specific location in our facilities," said Carr.

Testing symptomatic and asymptomatic individuals is among recommendations from the Centers for Disease Control to prevent spread of the virus. Carr said they've also been following CDC recommendations on practicing good hygiene, wearing masks, and social distancing where possible. The DOC has said it's also following guidance on limiting prisoner movements and group gatherings, moving people in cohorts, enhanced cleaning and suspending visitors.

However, groups like the American Civil Liberties Union of Wisconsin and progressive justice organizations have criticized the agency for its handling of COVID-19 and called for more widespread testing. In response to the most recent outbreak, ACLU staff attorney Tim Muth said in an interview Thursday that Wisconsin has done better than average when compared to other states. But he attributed the number of cases to luck rather than good planning.

"Within Wisconsin, we've seen that you do a round of testing and suddenly you can find 300 more cases," said Muth.

Carr acknowledges the number of confirmed cases may be due in part to good fortune, but he also gives credit to the efforts employees have taken across the state's facilities.

Lauren Brinkley-Rubinstein, the founder of the COVID Prison Project and an assistant professor of social medicine at the University of North Carolina-Chapel Hill, said Wisconsin has a fairly high testing rate.

"If you look at a high case rate and the high testing rate, then that sometimes can be an indication that you are doing a good job of mitigating risk in these settings," said Brinkley-Rubinstein.

She said testing practices and policies related to mask mandates or quarantine procedures can also make a difference in case rates. She also stressed that testing and case rates are being calculated across entire systems, and that there can be variation in cases and implementation of policies at individual facilities.

Brinkley-Rubinstein also noted places most vulnerable to outbreaks are those with a higher proportion of inmates who are older or who have underlying medical conditions.

The ACLU of Wisconsin claimed more than 1,600 prisoners in the state's prisons were 60 or older as part of a lawsuit it filed urging the release of vulnerable adults, but the Wisconsin Supreme Court declined to take up their petition.

Race and ethnicity are also among risk factors for underlying conditions due to things like socioeconomic status and access to health care, according to the CDC. The federal agency has found cases are 2.6 times higher among African American or Black people.

Outbreaks at Green Bay and Waupun represent 63 percent of all cases that have occurred across state prisons, and DOC data shows Black inmates make up more than half the prison population in those facilities. John Eason, director of the University of Wisconsin Justice Lab, said the state has the highest disproportionate rate of incarceration in the nation for African Americans.

"Because racism has been hard-baked into the criminal justice system since its inception, we shouldn't be shocked that prisons are going to help propagate or push the COVID rate higher amongst people of color, specifically African Americans," said Eason.

The DOC does not currently publish data on the race or ethnicity of inmates who have contracted the virus as part of its online dashboard. Yet, Eason noted issues may arise with confidentiality by providing that information at the facility level.

Groups have called on Carr and Gov. Tony Evers to release those most vulnerable to the virus as the state's facilities are already overcrowded and holding 20 percent more inmates than their design capacity.

Carr and the DOC have said their authority to release people is limited. So far, the agency has released around 1,600 people from supervisory holds or the Alternative to Revocation program at the Milwaukee Secure Detention Facility.

The department has released 15 prisoners since March who were eligible for certain earned release. There have been 14 individuals who may qualify for release due to age or an underlying condition that were referred for review by the courts, of whom two have been released. Three have been denied early release and nine are awaiting hearings, according to the DOC.