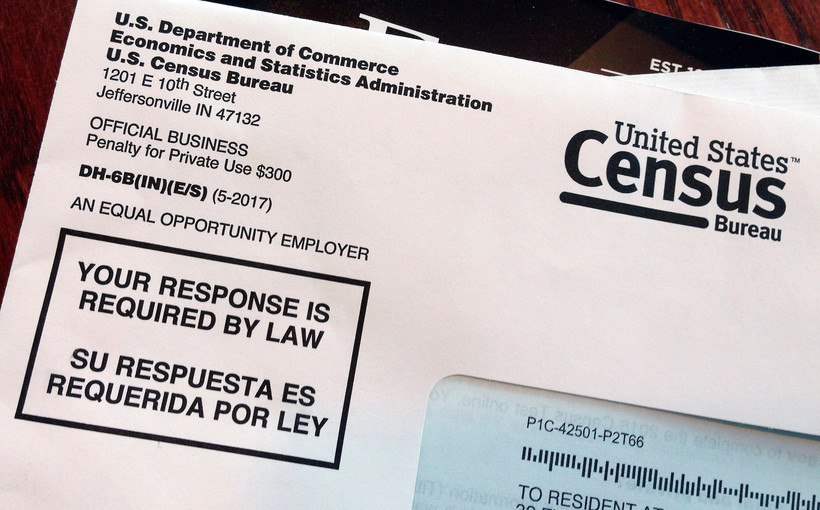 This March 23, 2018, file photo shows an envelope containing a 2018 census letter mailed to a U.S. resident as part of the nation's only test run of the 2020 Census. The Supreme Court will decide whether the 2020 census can include a question about citizenship that could affect the allocation of seats in the House of Representatives and the distribution of billions of dollars in federal money. AP Photo/Michelle R. Smith, File

State Will Retain All 8 Seats In US House Of Representatives
By Laurel White
Share:

Wisconsin’s population remained mostly steady over the past 10 years, so it will not lose any seats in Congress during the upcoming redistricting process, the U.S. Census Bureau announced Monday.

The state's population increased about 4 percent between 2010 and 2020 to roughly 5.9 million people, according to data released as part of the Census Bureau’s population count. The data is the first set of numbers to be released from the 2020 census.

Because of the small population change, Wisconsin will continue to have eight seats in the U.S. House of Representatives, the number it has had since 2000. Each member of Congress will represent roughly 737,000 people in the state.

Only six states will gain seats in the U.S. House of Representatives due to the new population count. Seven states, including Wisconsin’s neighbors Illinois and Michigan, lost one seat.

Overall, the nationwide population grew about 7 percent over the past 10 years. The largest gains were seen largely in the southern and western parts of the country.

The population count was complicated over the past year by the COVID-19 pandemic, which led to some delays. In a prepared statement, Secretary of Commerce Gina Raimondo lauded workers.

"Despite many challenges, our nation completed a census for the 24th time" Raimondo said. "This act is fundamental to our democracy and a declaration of our growth and resilience."

Wisconsin’s redistricting process, which will draw new district lines for the U.S. House of Representatives and state legislative offices, is expected to begin this fall. The Census Bureau said Monday it will release additional population data needed for redistricting to states by Sept. 30.

The map-drawing process could end up in court if Gov. Tony Evers decides to veto maps drawn by the Republican-controlled state Legislature. Evers has called on lawmakers to consider maps that will be drawn by his nonpartisan redistricting commission, but GOP leaders have not said they will do so.