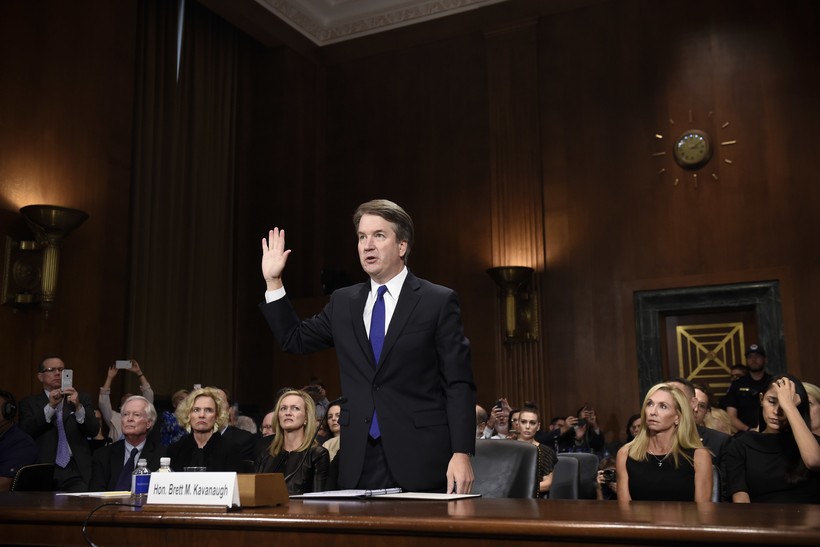 The U.S. Senate Judiciary Committee voted Friday afternoon to send Kavanaugh’s nomination to the full Senate, the day after the nominee and Dr. Christine Blasey Ford, who has accused him of sexual assault, gave emotional testimony before lawmakers.

The testimony from Kavanaugh and Ford have divided lawmakers.

Gov. Scott Walker has said the allegations against Kavanaugh are "serious" and should be given adequate consideration. Shortly before the vote on Friday, he echoed that sentiment.

"Professionally, he’s eminently qualified," Walker said of Kavanaugh. "I think in this case, though, the Senate needs to treat this seriously."

Speaking at an event in Madison, Evers said he supports an expanded investigation into the allegations, though he doesn't agree with a one-week deadline proposed by some lawmakers.

"We have to have a full discussion of this and that includes an investigation," he said. "I'm a little concerned that there's a timeline on this — I think the FBI should be able to do due diligence and not have an artificial timeline."

A similar disagreement played out between the candidate’s in Wisconsin’s upcoming U.S. Senate race.

"Finally. Judge Kavanaugh’s nomination is out of the Judiciary Committee," Vukmir said in a prepared statement Friday. "It’s time to end this circus and confirm Brett Kavanaugh."

"I support the bipartisan call for the White House to reopen the FBI background check investigation of Judge Kavanaugh. There should be no vote on this lifetime nomination for our highest court until the Senate has all the facts about serious and credible allegations made by women," Baldwin said in a tweet.

The full U.S. Senate is expected to debate Kavanaugh's nomination in the coming weeks. Democrats and at least one Republican, U.S. Sen. Jeff Flake of Arizona, are pushing for it to be delayed one week to allow for an FBI investigation into Ford’s allegations.