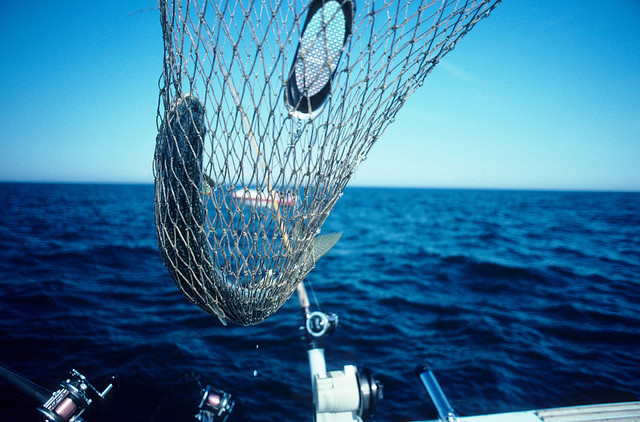 The state Natural Resources Board approved an emergency rule for commercial fishing on Lake Superior during a meeting Wednesday.

The rule puts in practice an agreement between the Wisconsin Department of Natural Resources and the Red Cliff and Bad River Bands of Lake Superior Chippewa. The groups have been working for almost four years to reach a new contract after the previous 10-year agreement expired in 2015.

Little information has been released about the new agreement and Loomans said much of the negotiation process was confidential.

Based on the changes approved in the emergency rule, the new agreement maintains the current quota for lake trout but reallocates where commercial fisherman can harvest them.

The contract also opens up a new October season for commercial fishing of whitefish for a period of five years.

During a lengthy discussion, several board members expressed concern about fishing during the whitefish spawning season.

But Loomans said it was an important concession to the tribes.

"We were interested in establishing a population model for whitefish — well we probably have the model already but agreeing with the tribes on it — and then after that a quota for whitefish," Loomans said.

Loomans said having an accepted model and shared quota will lead to better management of the species down the road.

But Natural Resources Board member Gary Zimmer said he was worried the DNR didn’t have the data to understand the impact of an October harvest.

"I don’t see much science here talking about that," Zimmer said. "So I really worry about that five-year experiment and not really having the justification behind it."

The emergency rule also makes some changes to restricted areas for commercial fishermen licensed by the state or by the tribes.

Fred Prehn, vice chair of the Natural Resources Board, said he didn’t think the DNR considered the needs of recreational fishermen enough when negotiating the new contract. But he still proposed the motion to approve the emergency rule.

"I do not believe that the agreement is in the best interest of the sports fishermen of Wisconsin," Prehn said. "But all that said and the dust settles, we have a responsibility to move forward with the restraints that we have with the contractual obligations that the department's already signed."

Prehn and other board members asked the DNR to consider their concerns before bringing a final rule before the board.

But Loomans warned it would be difficult to make changes to the agreement that affects the tribes.

"We wouldn’t be able to contradict the agreement. So a lot of issues in this rule, it would be very unlikely that we could change them," Loomans said.

Still, Loomans said the public hearings required to create a formal rule are "not purely an exercise" and that the DNR could make changes within the state’s regulations.