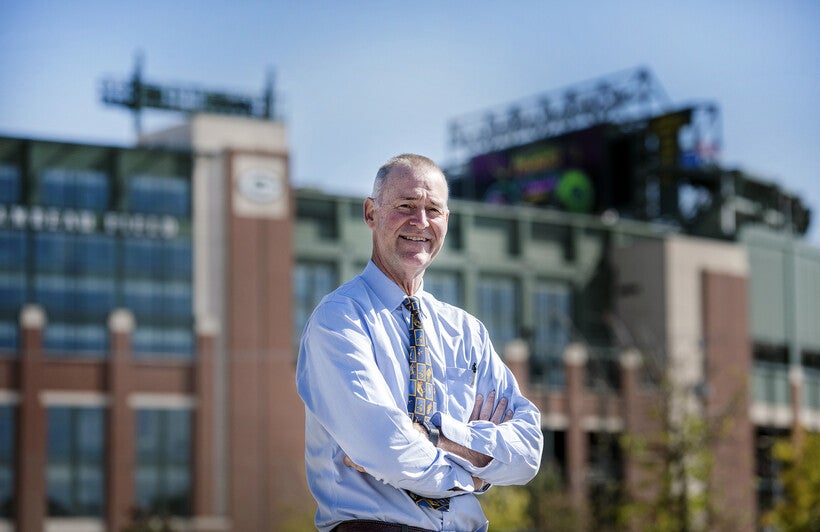 For the first time ever, the NFL Draft took place remotely this year due to the coronavirus pandemic. Still, a record audience tuned in to watch team executives make picks from their dining room tables. And for players, the stakes were high as ever.

University of Florida wide receiver Van Jefferson prayed his dream of playing professional football wouldn’t be derailed by a foot injury that prevented him from participating in physical drills at the NFL scouting combine, he said. 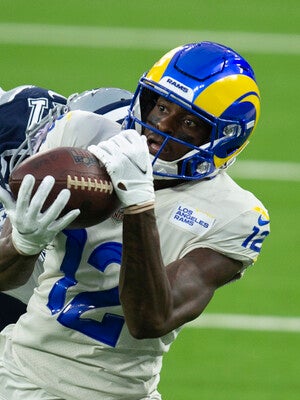 "When I got that phone call, man, I was so happy. I was so excited," he told reporters after being selected 57th overall by the Los Angeles Rams, an honor that comes with a $1.6 million signing bonus.

In his first professional football game, Jefferson had a 31-yard catch. His foot is feeling better than ever, and he’s got a lot of gratitude for the doctor who helped him get there, he said.

Over the years, Dr. Robert Anderson has operated on some of America’s most celebrated athletes, from Derek Jeter to Steph Curry.

"Dr. Anderson’s professionalism and care was first-rate," Jefferson said via email. "Prior to the procedure, he took the time to explain all the details I would need to know, giving me a great sense of comfort going into surgery."

Now the acclaimed foot and ankle surgeon practices at Bellin Health’s Titletown Sports Medicine Clinic in Green Bay and serves as a team physician with the Packers.

But his journey began a couple of hours down Interstate 43.

Anderson grew up in the Milwaukee suburb of Wauwatosa. It was a typical 1960s small town, he said. He walked to school and played kickball in the streets with his friends.

From a young age, he knew he wanted to be a doctor.

After graduating from Wauwatosa West High School, many of his friends left for college in Madison, but Anderson decided to head south.

"I thought I could use four years of warmer weather—get thawed out a little bit," he said.

On a family road trip to visit colleges, they stopped at the University of Mississippi. Anderson said he was immediately sold.

"While I was there, I got to meet the team physician for the Ole Miss football team, and I became his cast technician. So being in his office quite a bit, I got to see a lot of the players, learned a lot about sports-related injuries and decided, 'OK, I want to become an orthopedic surgeon,'" he said.

Anderson returned to the Milwaukee area to attend the Medical College of Wisconsin, graduating in 1983, before beginning his orthopedic residency in Charlotte, North Carolina. That’s when a mentor encouraged him to go into the foot and ankle field, which barely existed at the time.

Back then, foot and ankle surgeons used the same tools as hand surgeons, because specialized instruments didn’t exist. Most injuries were fixed with little metal pins, Anderson said.

Anderson began publishing research on running injuries. Then Dr. Patrick McKenzie, a friend from medical school and team doctor for the Green Bay Packers, called to see if Anderson could help with a foot problem.

"So he’s basically the guy that I can either credit or blame for what happened in the next 30 years, 35 years," Anderson said. "He opened the door for me taking care of so many sport foot and ankle problems by sending that first athlete to Charlotte for me to work on."

For his part, McKenzie, now a colleague of Anderson’s at Bellin Health, thought his friend made an odd choice all those years ago.

"We said, ‘Why are you doing that, why are you not going into sports medicine like the rest of us did?’ He had a vision," McKenzie said.

A Doctor Who Knows How To Make Athletes Feel Comfortable

Anderson works with athletes across sports and skill levels, including famous patients like football players Cam Newton and Richard Sherman.

When it comes to treating athletes, Anderson said, the timeline is critical.

For a college player like Van Jefferson, a pro career could be on the line. For an NFL player, it could be his next free agent contract. Millions of dollars can hang in the balance.

Anderson’s reputation might be the reason teams reach out initially, but they come back because he’s got all the qualities they’re looking for, Smith said.

"How do they interact? How do they communicate? How empathetic are they? Things like that, and he is very much a leader in all those areas," Smith said.

Athletes like working with Anderson because he’s got a great personality, he’s well-prepared, he’s passionate about what he does, and he has the skills and experience to back all that up, McKenzie said.

Green Bay Is A Premier Destination For Sports Medicine

Anderson spent most of his career in North Carolina, where he worked with the Carolina Panthers, but for years he and McKenzie talked about going into practice together.

With Bellin’s state-of-the-art Titletown facility, McKenzie thought he might have a chance to finally lure his friend back to his home state.

Taking on a more formal role with the Packers was also a draw.

The Titletown clinic opened in 2017, and joining the practice was an easy professional decision, Anderson said. Personally, it was more challenging. His children live in North Carolina, and at the time, he and his wife were about to become grandparents, he said.

Still, it was an opportunity he couldn’t pass up. The facility is home to top-notch technology, including one of Wisconsin’s only weight-bearing CT scanners. But it’s the staff that sets it apart, Anderson and McKenzie agreed.

"It’s basically a facility run by the athletic trainers, run by the physical therapists, with the focus on treating everybody like a competitive athlete," Anderson said. "Whether you may be 50 or you may be 15, you’re still provided the same opportunities for treatment and rehab as a professional athlete would."