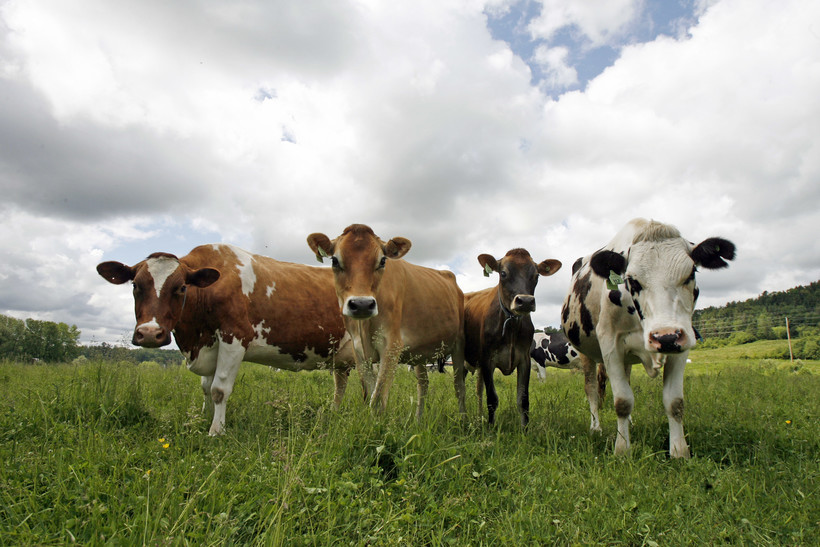 Wisconsin’s monthly milk production has increased nonstop for the last three years, according to the latest numbers from the U.S. Department of Agriculture.

April milk production was about 1 percent higher than the same month last year. That marks the 36th month of year-over-year increases.

Mark Stephenson, director of dairy policy analysis at the University of Wisconsin-Madison, said the state’s dairy industry has made impressive strides in expanding output since the early 2000s.

"If you look back about a decade, back to 2006, we were producing something like 65 million pounds of milk a day in the state," Stephenson said. "Today, we're producing about 85 million pounds, so we've had a lot of increased milk production."

Stephenson said increasing demand for the styles of cheese Wisconsin produces has helped farmers expand more than any other state in the last five years.

"Now we're at a point where we're producing quite a bit of milk and we wonder a little bit if we've got the markets still increasing at the same pace," Stephenson said.

Stephenson said the dairy industry won't be able to sustain this level of growth unless they see an increase in dairy exports.

John Pagel, president of the Dairy Business Milk Marketing Cooperative, said the state may be nearing the end of it’s production streak.

"I think that there will be a (market) correction of some sort," Pagel said. "But this is going to be somewhat of the norm because everybody's getting a little better at their job, and so we'll see slow to steady increases (in production)."

Pagel said milk production per cow has continued to grow as farmers improve the genetics of their herd.

"Every cows produces a little bit more because of the genetic increase that they get from the offspring that we continue to raise to improve our herds," Pagel said.