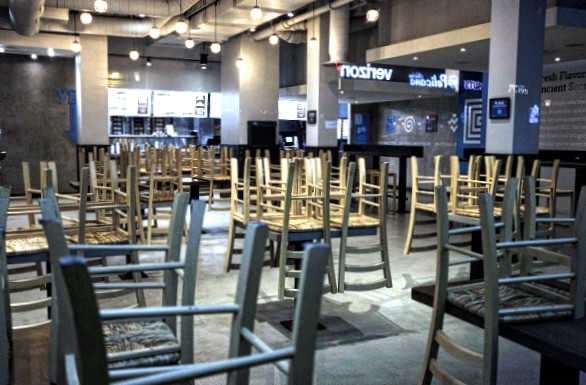 The Tavern League of Wisconsin, a lobbying group that represents alcoholic beverage sellers, is calling on the state to allow bars and restaurants to reopen on May 1 — 25 days before the end of the extended stay-at-home order.

Gov. Tony Evers announced last week that his administration's "Safer at Home" order, which shut down non-essential businesses to slow the spread of COVID-19, would be extended from its original end date of April 24 to May 26. Under the order, restaurants and bars have only been allowed to fulfill orders for takeout and delivery.

Under the Tavern League’s proposal, restaurants would reopen to in-person dining at half capacity on May 1, with six feet of distance between all people and tables, and all employees wearing masks and gloves. The proposal would also ban salad bars and self-serve buffets, as well as paper menus and table condiments.

In a press conference on Monday, Evers pointed to his new Badger Bounce Back plan, which requires the state to advance in areas like testing and hospital capacity, and see a decline in cases for 14 consecutive days, before the economy can start to reopen.

Under that criteria, Evers said a May 1 reopening is unlikely.

"I feel relatively confident that would be a tough row to hoe," Evers said.

"We are committed to opening up the state without opening ourselves up to a resurgence of the virus," she said.

Tavern League executive director Pete Madland said the group is not choosing business interests over public safety. Just as essential businesses have stayed open during the crisis, restaurants can too, he said.

"I don’t think it has to be an either-or situation. We’re trying to reach a balance here," he said.

Waiting until May 26 to reopen would be devastating for businesses, Madland said, and even opening at half capacity could help limit losses.

"They’re going to go broke. We’re going to have thousands of businesses close their doors, never to reopen, and I think that should be considered," he said.

The proposal comes as protests mount across the country and in Wisconsin, with people demanding that states reopen their economies. Demand for food assistance has doubled in Wisconsin as people get their hours cut or lose their jobs due to virus-related shutdowns.

One Wauwatosa pub owner plans to reopen his business on May 1, regardless of the order, the Milwaukee Journal Sentinel reports.

Madland said the Tavern League is not encouraging restaurant and bar owners to defy the stay-at-home order, and to only open on May 1 if the order changes.

Francesca Hong, a chef and co-owner of Morris Ramen in Madison, has closed her restaurant, citing the safety of her workers. She opposes the Tavern League’s plan, calling it selfish.

Not only would it be unprofitable to operate at 50 percent capacity, Hong said, it would be dangerous.

Hong said she’d rather see the government focus on public health, and help businesses through tax relief, or waiving licensing fees, than reopening bars and restaurants.