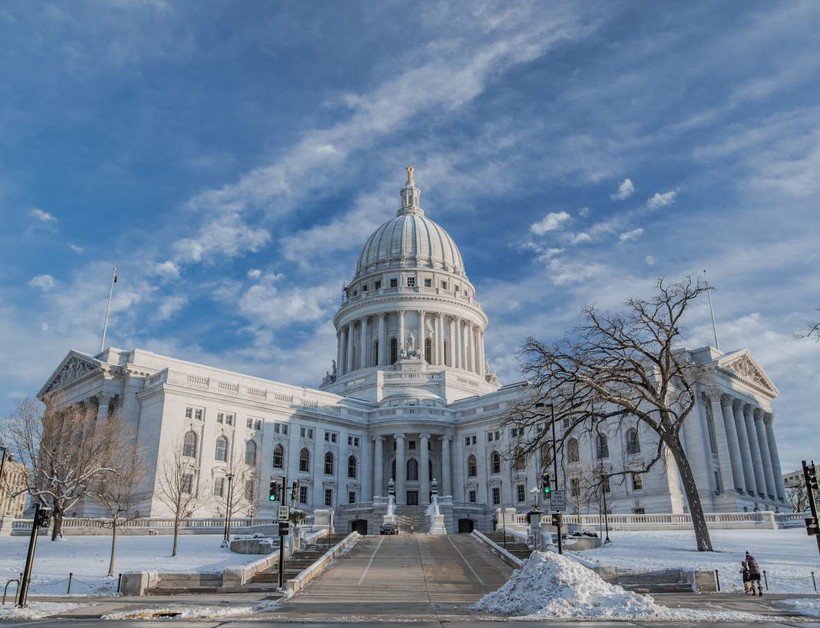 Assembly Was Expected To Vote To Throw Out Requirement On Thursday
By Laurel White
Updated:
Thursday, January 28, 2021, 3:25pm
Share:

A move that would override Gov. Tony Evers and throw out Wisconsin’s statewide mask mandate has stalled in the state Legislature.

After months of legal battles and political disagreements, the mask mandate is the final statewide measure aimed at curbing the spread of COVID-19.

Under state law, lawmakers can end a governor’s emergency declaration with a majority vote in each chamber of the Legislature. The move is accomplished through a joint resolution, not legislation, which means it cannot be vetoed by the governor.

The change came after news broke that ending the emergency declaration could cost Wisconsin millions of dollars of federal support for food aid during the pandemic.

"It doesn’t mean that we’re not committed to (ending the emergency declaration), it means that we are trying to be smart to make sure we don’t have any financial issues," Vos said.

During a WisPolitics event Thursday afternoon, Vos said he expects the Assembly could vote to end the emergency declaration as soon as next week.

During debate, Assembly Minority Leader Gordon Hintz, D-Oshkosh, lauded the delay, saying he hopes Republicans have a change of heart before the resolution is back on the agenda.

"I am relieved and hope in the time between now and (when this comes up again) we can make some better decisions," Hintz said.

According to AARP, 13 states don't have statewide mask orders in place.

If the override is eventually approved, the only mask mandates in effect in Wisconsin would be local public health orders. Those include mandates in Dane and Milwaukee counties, the state’s two most populous counties.

The prospect of an inconsistent patchwork of health orders across the state has concerned a number of public health organizations. More than 20 health care groups have filed opposition statements to the move. Those include the Wisconsin Hospital Association, the Medical College of Wisconsin, the Pharmacy Society of Wisconsin and the Wisconsin Medical Society.

"We need to do all we can to prevent more deaths and help our economy return to normal," said Bud Chumbley, chief executive officer of the Wisconsin Medical Society, in a statement released earlier this week.

In addition to those concerns, the Legislature’s nonpartisan budget office says the move would mean roughly 242,000 households in Wisconsin would lose additional federal support for food aid. This information was made public shortly before the Assembly was set to vote on ending the emergency declaration.

The additional food aid, which was part of the federal government's COVID-19 response plan, is only offered to states with COVID-19 emergency declarations in place. The aid was worth about $49 million this month, according to the budget office memo.

Sen. Steve Nass, R-Whitewater, who sponsored the resolution to throw out the mask mandate in the Senate, said Thursday the federal benefits could be restored by passing another bill related to the pandemic.

"The situation facing the legislature has not changed regarding the unlawful issuance of multiple emergency declarations by Governor Evers," Nass said in a prepared statement. He urged the Assembly to move forward with repealing the mandate.

GOP Has Pushed Back On Evers’ Orders For Months

GOP lawmakers have argued for months that Evers doesn’t have the power to issue repeated public health emergencies related to the pandemic. The governor has issued five COVID-19 emergency declarations since last March. Under state law, each emergency declaration lasts 60 days, unless it is extended by the Legislature.

The governor's office argues the repeated COVID-19 public health emergencies are justified because the threat of the virus has evolved in the state, with increases in cases and continued spread.

Republicans have filed lawsuits, including one currently pending before the state Supreme Court, to limit and strike down the governor and his administration’s emergency powers during the pandemic, but until this week had stopped short of using legislative powers to halt public health orders.

The Legislature brought the lawsuit against the "Safer at Home" order, arguing the state Department of Health Services secretary had also overstepped executive powers in issuing statewide public health mandates.

The court ruled the Evers' administration could issue new mandates, but would need the approval of the Legislature's rulemaking committee, which is run by Republicans. That effectively gives Republicans veto power over any future restrictions.

The Evers administration has not attempted that route.