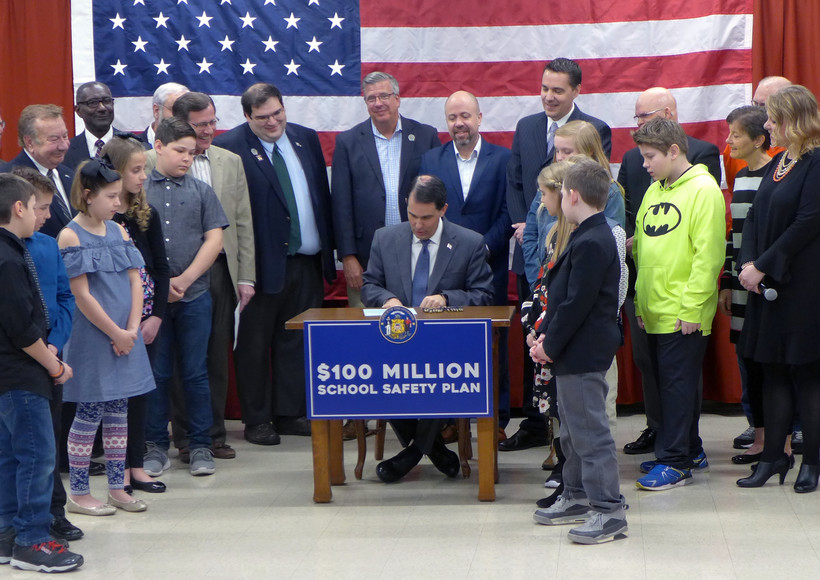 "We’re making sure that any threat to our schools is one that can be addressed by these grants," the governor told reporters, adding that "the grants can be used both for physical changes to improve the infrastructure to address safety issues as well as things like school safety officers."

Walker pushed the legislation in the wake of the shooting at a high school in Parkland, Florida that left 17 people dead last month.

A new Office of Student Safety will administer the grant program under the state Department of Justice. The main position in that office has yet to be filled, but schools can begin submitting grant applications.

The grant money doesn’t come with any strings, Walker said.

"This new law will provide $100 million to make sure schools can get grants without a dictate, they’re not mandated as to how they use it other than it has to be for school safety," he said.

Walker did note, however, that the program won't affect curriculum.

The legislation also mandates that schools report any threats of violence.

Some have criticized the package for not addressing restrictions on gun sales in Wisconsin. Walker equated the plan to increased airport security after the terrorist attacks of Sept. 11, 2001. He also reiterated that he is not interested in, nor does the bill include funding to train teachers to use guns as protection in the classroom.

Walker said he expects schools to begin applying for grant money, "immediately," and that new school buildings already have many safety features in place, such as double entrance doors, but that older buildings may need to be retrofitted.

Walker said improvements could be done by the end of the year, "I think many of the physical changes can be in place before kids go back to school next fall."