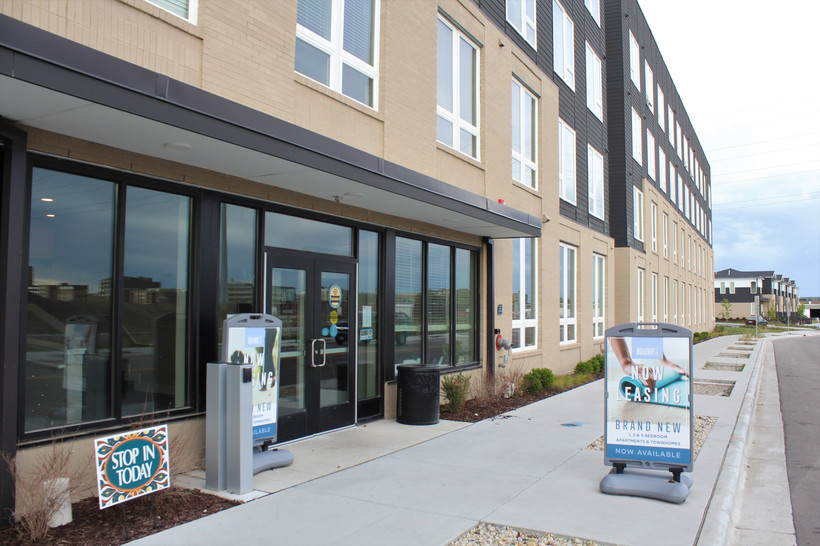 Wisconsin has a new recipe to increase affordable housing development thanks to a "cookbook" released in February.

"Enabling Better Places: A User’s Guide to Neighborhood Affordability" is a 45-page report that outlines zoning and building code changes communities can consider to make it easier and cheaper to build housing that's affordable for low-income families. The report has the support of government and industry associations representing Wisconsin's builders, realtors, commercial developers, retirees, municipalities and planners.

"Whether it was Big Falls or Milwaukee, there is a housing crisis everywhere in Wisconsin. In most cases it was a lack of ... housing that people with good, local jobs could afford," said Jerry Deschane, executive director of the Wisconsin League of Municipalities. "This is a very Wisconsin-specific cookbook of ways local governments can make workforce, affordable housing more possible.

The report recommends communities consider these changes to decrease the cost and increase the density of new housing development:

Communities that implement some or all of these changes can help increase the availability of housing, enable more people to age in place and provide more housing options like duplexes, cottage courts and smaller multifamily projects to meet market demands, the report states.

One of the big concerns for the report's sponsors is whether residents will turn their noses up at the recommendations without having tried them first. Developers and builders often encounter public opposition to building apartments near single-family neighborhoods, for example, based on stereotypes that affordable housing brings more crime or overloads schools.

"We have to get rid of some of the old stereotypes that renting equals problems or crime," said Jim Flaherty, communications director for AARP-Wisconsin. "We've got to get around these stereotypes and put our heads together."

The report recommends strategies to humanize renters, like asking people about their first living arrangement after moving out of their parents' home or where their children live now. It also encourages communities to make sure renters, not just building owners, are aware of changes and proposed developments.

"Renters understand the issues of lack of rental units and the associated high prices. They are the voices needed to counteract opposition," the report states.

The report was produced with the backing of the League of Wisconsin Municipalities, Wisconsin Realtors Association, Wisconsin Builders Association, AARP-Wisconsin, Wisconsin Housing and Economic Development Authority (WHEDA), NAIOP Wisconsin and the American Planning Association–Wisconsin. The group hired the Congress for New Urbanism to research and produce the report.

Ivy Vann of the Congress of New Urbanism helped research and write the report for the state associations. Congress for New Urbanism staff met with local officials in Eau Claire, Horicon, Ripon, Waukesha and Waunakee about impediments to building more affordable housing and used those communities as the basis for the recommendations.

Vann said the report's chapter on improving public engagement to garner resident support could be its most valuable component. She said communities that can change resident reactions from "OMG a large apartment building" to "I'd like my bartender to not have to drive half an hour home after their shift" can be transformational.

The National Low Income Housing Coalition estimates Wisconsin has about 188,000 extremely low-income households; that's a family of four that earns less than $26,000 each year. The state needs another 120,000 rental units for that population of bus drivers, service workers, child care workers and other people who earn less than 50 percent of the state's median income.

The affordable housing crisis is impacting every corner of the state regardless of politics or population, said Brad Boycks, executive director of the Wisconsin Builders Association, and these changes can make a "measurable difference."

"Red or blue; urban, suburban and rural districts, this is a topic that comes up," Boycks said.

The report arrives after the builders group reported new home starts fell 5 percent last year to 11,711 from 12,291 in 2020. Supply chain delays and materials shortages have had "a significant impact on the number of homes the industry can build," Boycks said.

The report's recommendations are not the solution to all of the state's housing challenges, but it can help communities improve at their own pace. Deschane said the League of Municipalities plans to spend the next six months reviewing the report and going over its conclusions with members in local government.

Jim Villa, CEO of the Wisconsin chapter of NAIOP, said each agency or organization has a role to play in helping see these recommendations enacted across the state. He said groups like NAIOP, which represents commercial developers, can serve as cheerleaders for the effort, noting each partner in this project has a different role but the same goal.

"It's important for us to support the league in doing this," Villa said.

Reduced regulatory hurdles and streamlined review processes will have an added benefit for local businesses, Vann said. Complicated applications and development reviews, for instance, can deter smaller, local home builders from taking on an infill project.

"One of the things about the incremental approach in the guide is you empower local people to invest in their own community," Vann said, noting it will take every builder and developer to meet the statewide need for affordable housing.

Wisconsin is far from alone in grappling with its affordable housing crisis, but Vann said the new report puts it ahead of other entities.

"You've acknowledged you have a problem and you're taking steps to address it," Vann said. "It puts you ahead of a lot of places that are like 'no, not us'" when confronted with the scope of the need for affordable housing."