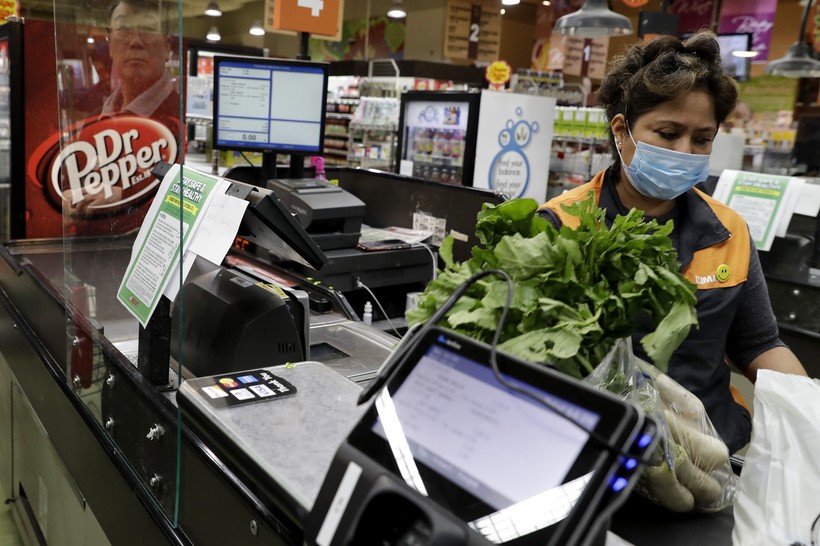 Wisconsin FoodShare recipients can expect to see a 15 percent increase in their benefits starting next week.

The additional funding comes from a federal pandemic relief bill passed in late December, which temporarily increased the maximum allotment that individuals and families can receive.

During an interview with WPR’s "The Morning Show," Rebecca McAtee, director of the FoodShare program at the state Department of Health Services, said the added benefits have been approved for January through June.

McAtee said the 15 percent increase will happen automatically and recipients will receive additional information about how their benefit amount was decided based on where they fall in relation to the federal poverty level.

She said recipients are currently receiving the maximum amount allowed for their household size thanks to what’s called an "emergency allotment."

"We’ve been able to provide (emergency allotments) every month that we’ve had a state public health emergency," McAtee said.

The additional aid, which was part of the federal government’s COVID-19 response plan, is offered to states with COVID-19 emergency declarations in place.

But these additional benefits are currently in jeopardy as the state Assembly considers whether to overturn Gov. Tony Evers’ latest emergency order, which includes a statewide mask mandate.

In a memo released Wednesday, the Legislature’s nonpartisan budget office said the move would mean roughly 242,000 households in Wisconsin would lose the additional support.

"Before the pandemic, a senior living in public housing might get $16 a month," Tussler said. "Due to the emergency order, they are now getting the maximum allowable for a household of one, $204. With the (stimulus bill) layering on top of that 15 percent, they would get $234. If we take away the emergency benefit, they’ll be back down to the $16, and then they would get 15 percent of $16."

Tussler said the extra funding has allowed FoodShare recipients to purchase food online for pickup or delivery, reducing their exposure during the pandemic.

McAtee told "The Morning Show" that the program continues to see consistent growth in the number of people receiving benefits, with new applications coming in each week.

"Around this time last year, we had under 600,000 people in our program and we had been seeing a fairly steady decline in the numbers month over month," McAtee said. "Now, we are at just under 740,000 individuals and that was as of the end of December."

She said the program paid out over $70 million in benefits in January and are expecting to pay out around $90 million in February.