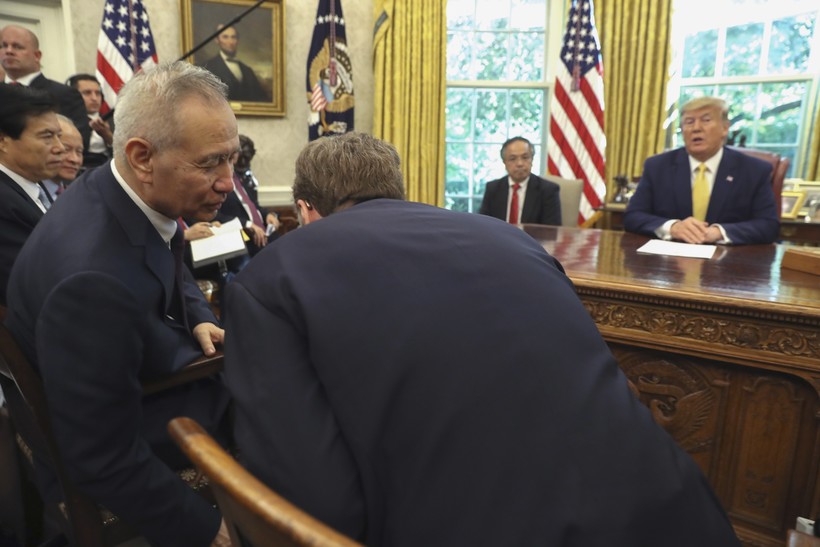 'Phase One' Of A Trade Deal Was Announced Dec. 13, But So Far Few Details Are Known
By Rob Mentzer
Share:

Wisconsin farmers hope the "phase one" trade deal with China announced this month by President Donald Trump will mean increased exports in 2020.

But until all the details are out, some are holding off on celebrating an end to the trade war.

Escalating tariffs between the two nations have hurt exports of a number of Wisconsin-grown products, including pork, dairy products, cranberries and ginseng.

The Dec. 13 announcement from the two governments of an initial deal helped to lower tensions, but those affected by the tariffs warn that "phase one" could be a long way from a finished deal.

Will Hsu, president of Hsu's Ginseng Enterprises in Marathon County, analogized the situation to having an offer put in on a house. It marks the beginning of a new phase of negotiations, but can be a far cry from having completed a sale.

"Without knowing the exact details, it's hard to know whether or not you're actually going to close the deal," Hsu said.

United States ginseng is grown almost entirely in central Wisconsin, and the majority of the market for it is in China. The skyrocketing tariffs of the last 18 months have hit the industry especially hard, and have sent ginseng prices plunging from nearly $50 per pound of cultivated ginseng to closer to $20 per pound, Hsu said. That's because U.S. growers have to essentially deduct the added cost of Chinese tariffs from their own prices. Chinese consumers won't pay more for the root when Wisconsin ginseng is already a premium product there.

Wisconsin's ginseng industry accounts for more than $30 million in revenues per year.

Pork producers are also disproportionately affected by the tariffs. China is the world's largest consumer and importer of pork products.

"We need to do whatever we can to get (Wisconsin) pork back to the Chinese population," Retallick said.

Wisconsin is the largest U.S. producer of cranberries, which saw a steep decline in exports to China amid high tariffs. The dairy industry was affected, too, though milk prices have recently begun to rise for other reasons related to the global market.

Farmers of all of these products received some federal aid under a $28 billion federal aid program intended to compensate for losses related to the trade war. But in many cases available aid does not cover the losses, and to many farmers it would be an inferior option even if it did.

"Our producers would much rather have their markets opened up, and to be able to get their revenues directly from what they've produced and sold on the market," Retallick said.

Ginseng growers are eligible for federal aid payments under a formula that takes into account acreage and caps payments at $250,000. Hsu said that's too little to be all that significant for large growers, and aid payments haven't covered farmers' losses at virtually any scale.

"Every single farmer would rather have gotten the market value that we were getting a year or two ago," Hsu said. "I've heard of some guys getting $30,000, $40,000 or $50,000, but their loss is probably three to five times what they're actually getting back from the government."

The possibility of winding down the trade war was treated as good news by Retallick and Hsu. On Monday, China announced it would lower tariffs on hundreds of goods from other nations, a move understood as a response to domestic economic challenges.