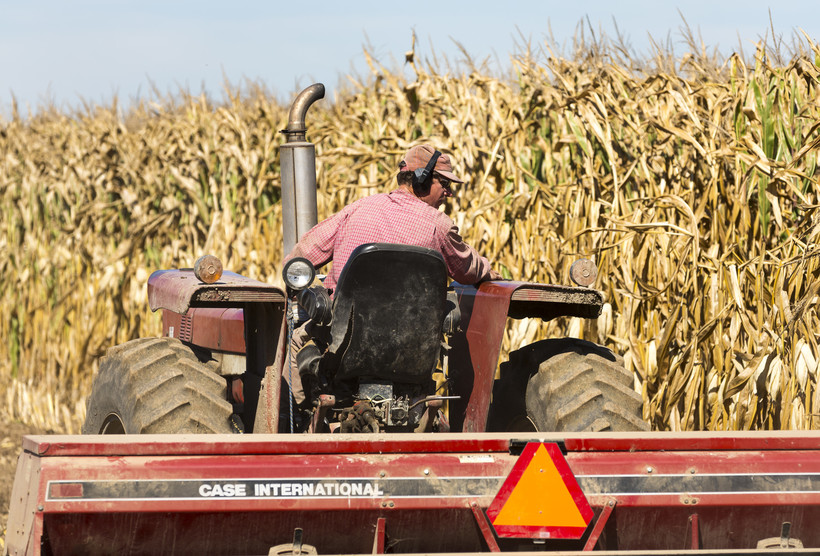 Evers sent a letter to President Donald Trump on Monday, calling for the administration to stop the  "unnecessary trade war" with trading partners like China. He also referenced what he said is the negative impact that the president's statements on Twitter have had on farmers.

"One Tweet can harm thousands of Wisconsin citizens who make their living in our agricultural industry," Evers said in the letter.

"They want to receive a fair price in the marketplace and not from government subsidies," O'Connor said.

But Karen Gefvert from the Wisconsin Farm Bureau said not all farmers think the trade war is misguided.

"The premise behind what the president is trying to do, from our members' standpoint, is the right thing to do regarding some of the trade practices, intellectual property and currency manipulation," Gefvert said. "But the implications of how that has affected our members, that is where the struggle really lies."

Gefvert said farmers need consistent markets for their products because many of them are perishable.

Aaron Stauffacher, associate director of government affairs for Edge Dairy Farmer Cooperative, said some of his members also support the reasons behind the trade strategy, while others just want the policy to end. And Stauffacher said he doesn’t think Trump’s use of Twitter is out of line.

"I wouldn’t say the tweets are that much different than a traditional policy decision announcement in the effect that they would have," Stauffacher said.

Gefvert disagrees, saying there is a direct correlation between the president's comments on social media and reaction from commodity markets.

O’Connor said farmers are also losing previous investments when a trade relationship is threatened on Twitter.

"It’s important to remember that farmers spend their own money through checkoff programs to develop export markets. And those export markets can be lost in an instant when a tweet goes out," she said.

But O'Connor points out that farmers were already struggling with low commodity prices before trade tensions began.

"Before the first foray in the trade war, (farmers) were losing money every time they sent a load of milk down the road," she said. "The trade war is salt in a pre-existing wound that farmers had, which was not getting paid a fair price."

O’Connor said the ag industry needs to address overproduction in the industry for prices to stay a profitable level. She said Congress could help do that by adopting stricter regulations on who is eligible for federal subsidies.

Stauffacher agrees that the low commodity prices were a problem before the current trade dispute started. But he said the best way for Congress to help producers is by adopting the U.S.-Mexico-Canada Agreement.

"That's also leading to a lot of (trade) uncertainty in the dairy community but also some of the cash grain crops as well," Stauffacher said.

Wisconsin U.S. Rep. Ron Kind also sent a letter to U.S. Agriculture Secretary Sonny Perdue on Monday. Kind, a Democrat, voiced concern that much of the agency's tariff relief aid, the Market Facilitation Program, has gone to the largest farms and asked for more information on how the agency adjusted this year’s program to "more effectively support farmers."

"That wasn’t what farmers expected and I think maybe it's not what Congress and the administration intended, and that’s a problem," O’Connor said.

But Stauffacher said he feels U.S. Department of Agriculture has tried to make the program more accurate in helping commodities and regions most affected by the trade war.