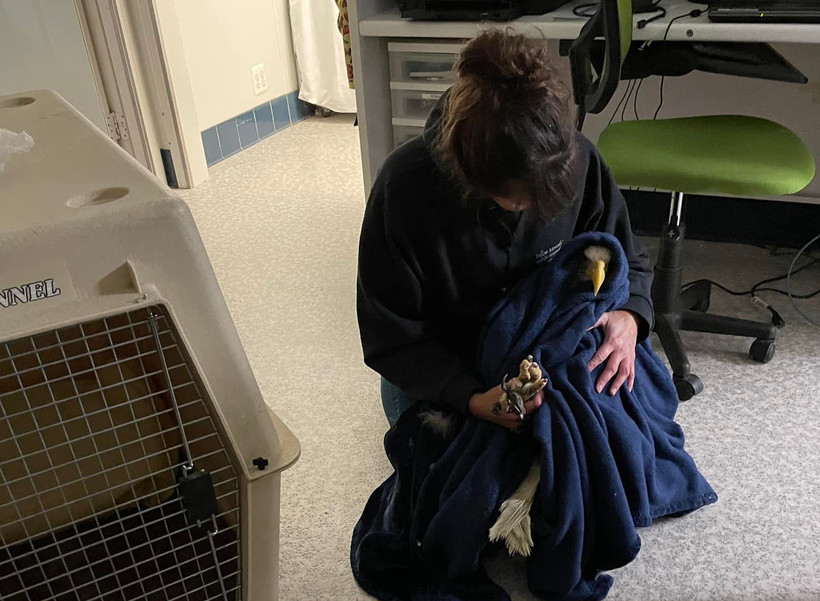 The Wisconsin Department of Natural Resources is investigating the shooting of a bald eagle in Racine County. Due to the severity of its injuries, the bird had to be euthanized on Monday.

Another bald eagle was shot earlier this year in Washington County. Though they are a protected species and shooting the birds is illegal, Sharon Fandel, southeast field ecologist with the DNR, said the killings won’t have a significant impact on the bald eagle population in southeastern Wisconsin.

"From an overall population standpoint, Wisconsin is a pretty rock solid place for eagles," Fandel said.

A decade ago, it would have been extremely rare to see a bald eagle in the southeast part of the state. But as the species rebounded, the birds began moving into the region. 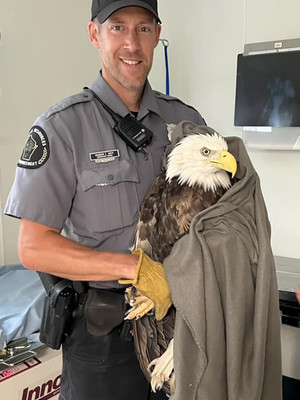 Nests in Milwaukee, Walworth and Kenosha counties have only been discovered within the past five years. While bald eagles are more frequently seen in the northern part of the state, Fandel said there are at least four nests in Racine County where the eagle was recently shot.

Earlier this year, the DNR confirmed bald eagles are now nesting again in all 72 Wisconsin counties — likely for the first time since the 1880s.

The most recent shooting was discovered when the DNR received a tip on July 17 from a passerby who saw the bird and thought it might be injured. Conservation Warden Brandon Smith located the bird and brought it to Fellow Mortals Wildlife Hospital in Lake Geneva.

The eagle had been shot twice and also seemed to have trap injuries on its foot and leg.

Yvonne Wallace Blane is co-founder and director of rehabilitation at Fellow Mortals. She said they soaked the bird’s foot, put ointment on its injuries and gave it anti-inflammatory drugs for pain.

Once the eagle’s bruises started to heal, rehabilitators could see its foot was dying. Wallace Blane said this meant they wouldn’t be able to save the bird because eagles need both feet to survive.

It was as if the bird knew its life was over, she said, because it stopped eating. Just days before the bald eagle died, a red-tailed hawk found in Walworth County was shot, too.

"I think we…are starting to see a problem in southeastern Wisconsin that we need to address before it gets worse," Wallace Blane said.

Fellow Mortals has taken care of five bald eagles already this year. Wallace Blane said some of them were hit by cars and one of them had symptoms of avian influenza. But the shooting and trapping of these birds is not something she normally sees. 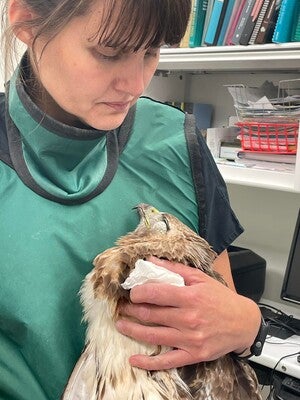 Raptors are protected under the Migratory Bird Treaty Act and bald eagles have additional protection under the Bald and Golden Eagle Protection Act.

Wallace Blane said southeastern Wisconsin residents should be educated about these laws and the important role raptors play in controlling other animal populations as predators.

Smith, who found the Racine County bald eagle, said people in Wisconsin occasionally mistake a bird for something they are legally hunting. However, this is the first time he’s encountered a bald eagle that’s been shot.

After the Racine County bald eagle was euthanized, Smith took the bird’s body into evidence, as a part of the ongoing investigation into who shot it. With these investigations, Smith said they depend on whether people come forward with information about the incident.

Anyone with information about the shooting of the bald eagle can anonymously call or text the DNR’s tip hotline at 1-800-847-9367.