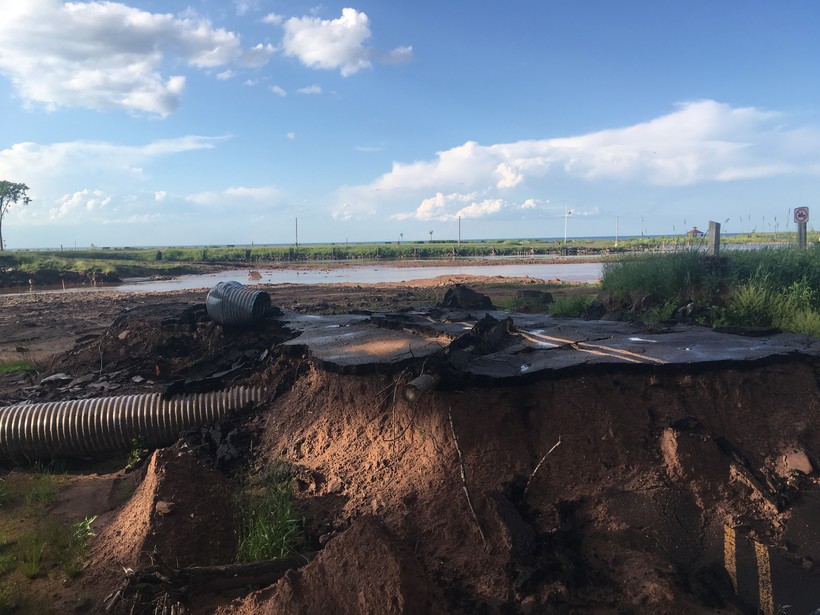 After being devastated by flooding in the summer of 2016, Iron County has now received stewardship funding to help rebuild.

"It’s a driver for that economy to provide angling and boating recreation opportunities on Lake Superior, but it also serves as a refuge … for Lake Superior," said Yach. "It has significant functional value because, if the seas get bad, ships or boats can take safe haven in that harbor."

Heavy rains from summer flooding in 2016 turned the Oronto Creek into a rushing river that destroyed the harbor’s marina and campground. Iron County Forest Administrator Eric Peterson said the grant will help the county pay for its portion of roughly $10 to $11 million in damages.

"Every day we’re getting closer. We’re making progress. Some days we have a couple steps back, but we keep pushing ahead," he said. "As of right now, we’re still on our target of opening in spring of '19."

Peterson said they plan to rebuild the marina with fewer than the 91 boat slips that previously existed in order to accommodate larger boats.

"We had quite a few narrow boat slips in Saxon Harbor before the storm, and the trend in boating today is bigger and better and wider and faster," he said. "We’re trying to react to that, too, as we’re redesigning this."

Peterson said projects at the marina and campground are expected to go out for bids this spring pending approval from the Federal Emergency Management Agency.

Saxon Harbor generates revenue for the county, Peterson said, noting around 2,000 people use the marina and campground in a single weekend during the busy season.

"It’s a destination point for many, many people, not only locals, but for people all over Wisconsin and the Great Lakes region," he said.

Plans have also been finalized by the Wisconsin Department of Transportation to rebuild the road and bridge at Saxon Harbor. Dredging of federal channels at the harbor is set to begin in May. The U.S. Army Corps of Engineers set aside $1.375 million last summer for work there.