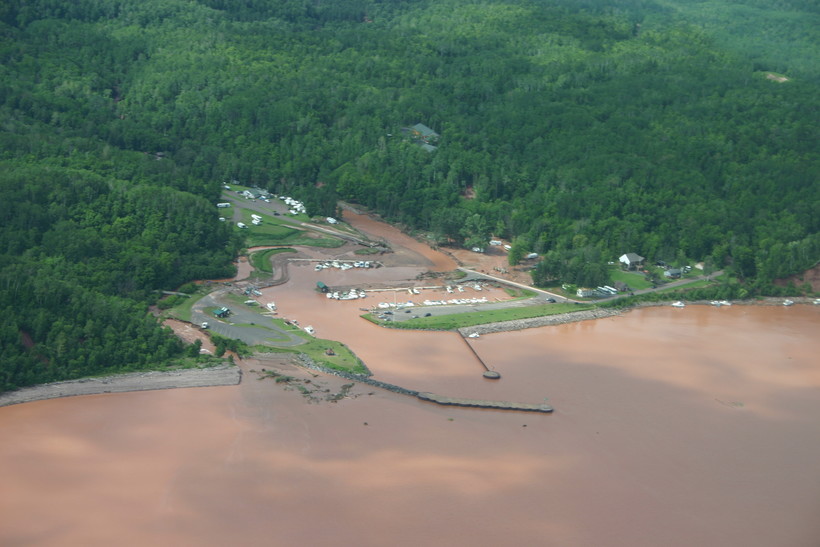 The July 11 storm washed out County Highway A at the Saxon Harbor marina and campground, scattering boats and debris into Lake Superior.

One of the areas hit hardest by last summer's flooding in northern Wisconsin is set to see an infusion of cash to rebuild.

The U.S. Army Corps of Engineers has set aside $1.375 million to help repair damages to Saxon Harbor in Iron County.

"It’s a big relief from our standpoint to see that the Army Corps has gotten the funding to get their work done," he said. "Because, realistically, we were looking at the potential of a $10 million harbor that was not able to be utilized because the Army Corps hadn’t gotten their dredging done."

Marie Strum, chief of engineering and technical services with the Detroit District of the Army Corps, said projects will be awarded funding by the end of September. She said the money will be used for dredging the harbor and repairing navigation structures.

"In the case of Saxon Harbor, there was some interior damage to some of our structures, so it won’t be out on the pier or breakwater," she said. "It will be interior to the basin, and we’ll work very close with the locals there in laying out that project. That was not something that we had designed since we just received the funding last week."

Peterson said the harbor rebuild faced an uncertain future while the Army Corps sought funding for its portion of repairs.

"If the extra allotments wouldn’t have been included in the fiscal year '17 budget, we would’ve had to compete with Army Corps projects basically nationwide for fiscal '18," he said. "Commercial harbors are higher on the list than recreational harbors. Typically, most of the money is spent before they get to recreational harbors."

U.S. Sen. Tammy Baldwin, D-Wisconsin, wrote a letter to the Army Corps in December, asking the agency to support repairs of Saxon Harbor. She urged federal officials to use emergency supplemental funding approved by Congress to repair the harbor.

"Restoring the harbor and its federal property assets is essential to safe navigation on Lake Superior and the region’s economic stability," wrote Baldwin in the letter. Iron County is working with the Foth engineering firm out of De Pere on final construction designs for Saxon Harbor and expects to have those in hand by November.