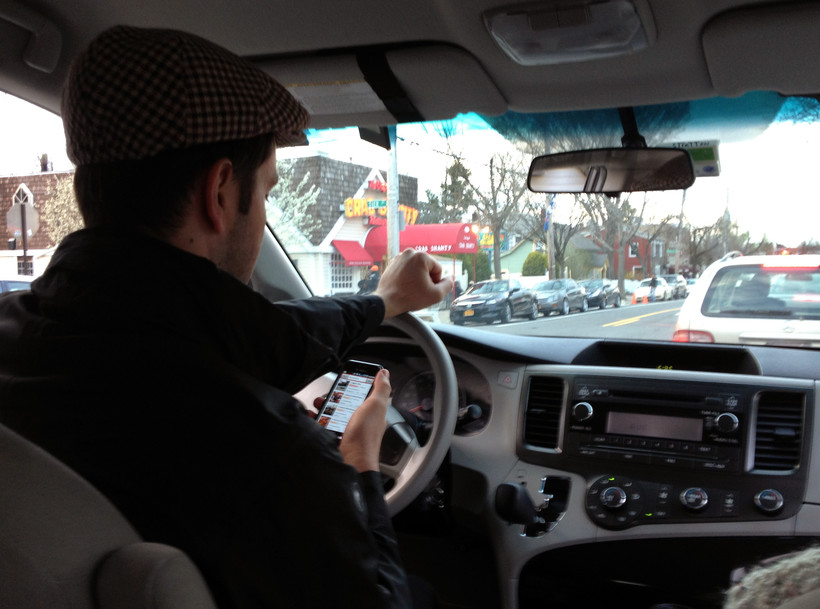 A growing number of car crashes in Wisconsin are caused by distracted drivers, according to data from the Wisconsin Department of Transportation.

The state saw an 8.2 percent increase in crashes involving distracted drivers between 2014 and 2015. Sixteen percent of all Wisconsin traffic deaths in 2015 were related to distracted driving, up from 14 percent in 2014.

"No longer is it just texting and driving or talking on the phone and driving. They're using their smartphones and all their capabilities while they're driving. They're not paying attention to the task at hand and so we're seeing mounting crashes," he said.

To tackle distracted driving, the state has given $320,000 in grants to police departments to increase education and enforcement efforts. Despite that effort, Pabst said giving out citations can be a challenge.

"It’s really hard to prove that you're texting because you’re using a phone and you could be using it for a legal purpose," he said.

Texting is the only smartphone activity that is explicitly banned under the state's current inattentive driving laws. But Pabst said other activities, like FaceTiming or checking social media while driving carry the same risks.

"Distracted driving is the same as inattentive driving but it's just an older way of saying it. It's anything that takes your mind, hands or eyes off the driving task," he said. "You might set your phone down and you're done but that distraction, that cognitive hangover if you will, will last up to 27 seconds."

Getting a ticket for inattentive driving comes with four demerit points and a fine. The number of points doubles for drivers with an instructional permit or probationary license.

Pabst recommends drivers lock their phone in their glove box or install an app through their service provider that polices phone use while driving.

There have been 95 traffic fatalities in 2016 so far. While data specifying how many of those deaths are linked to distracted driving is unavailable, the Department of Transportation said the number of deaths this year is up 32 percent from 2015.