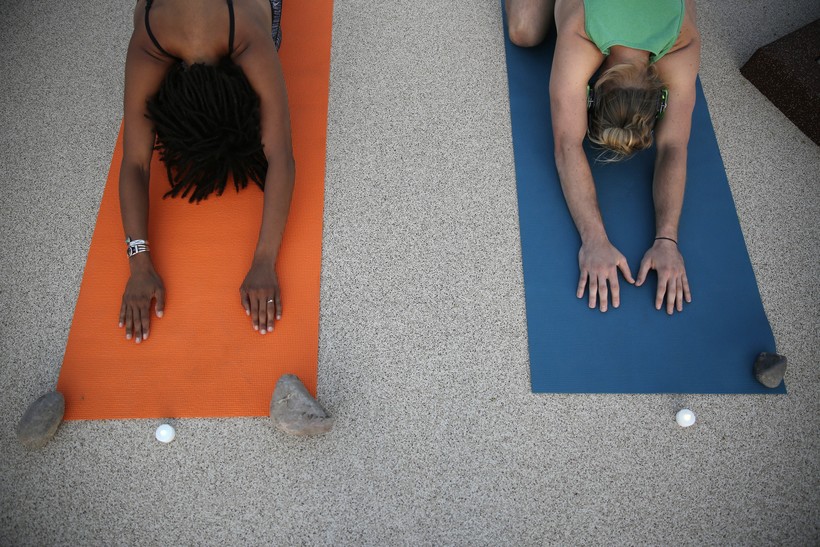 Providing health care for employees can be an expensive undertaking for private companies. And as rates of chronic, obesity-related conditions continue to rise, so do insurance costs.

While the obesity crisis is nationwide, Wisconsin may be faring worse than other states.

According to a Cornell University study, 12 percent of all health care dollars in Wisconsin are spent on obesity-related conditions. The national average is 8 percent.

In an attempt to curb some of the costs, companies across the state are turning to wellness programs as a way to save money and improve the health and productivity of their employees.

"There’s been a push recently for companies, in particular, to start offering direct cash payments or reductions on premiums for insurance for people who engage in healthier activities, so exercising more, dieting, taking a health risk assessment," said Justin Sydnor, an associate professor at the University of Wisconsin-Madison School of Business, who researches wellness programs. Morgan talked about the degree to which someone can determine their health. He noted one study that estimated a person’s health is 70 percent in their own control.

"About 40 percent is lifestyle. Thirty percent is genetics — which you can’t change — but then social, medical care and the environment can be changed," Morgan said. "So there are places you can make inroads," Morgan said.

While Wisconsin is sometimes considered an overweight state, it actually falls somewhere in the middle, Morgan said, adding that regardless of standing, it’s always good to make improvements.

With the aid of a PowerPoint presentation, Morgan tries to convince companies that spending money on work wellness programs can have a positive effect on the bottom line.

"There’s definitely a relationship between the number of risk factors and the health care costs," said Morgan. "Sort of an interesting analogy here is a high-risk 35-year-old costs the same as a low-risk 75-year-old. So, if you can keep them in the lower risk group (the company) can save money; (employees) will be healthier and happier."

But change is hard and eating right and exercising is often easier said than done.

In a 2017 study by UW's Sydnor and other researchers, new gym members were offered up to $60 if they went to the gym at least nine times in a six-week period.

"We find in this situation that additional money doesn’t really seem to help," explained Sydnor. "This is an environment where people have good intentions, but most people don’t follow through. They want to go three times a week, but within about 2 weeks after joining the gym, people on average are only going to the gym one time a week and many are not going at all."

That’s not to say that wellness programs don’t work; some studies have indeed shown they can reduce company health costs.

"Return on investment is usually between $2-5 dollars. Most of the studies are showing that," Morgan said. "Generally speaking, you’ll get more back than you invest in your wellness program.”

Even with the return on investment, the fact that most wellness programs are voluntary means they may not attract the people who need it most.

"We do find in many studies that a lot of the money goes to people who would have engaged in the activity anyway," said Sydnor. "So there’s good reason to believe the return on investment for wellness incentives can often be quite small and there’s emerging evidence that suggests this approach, unless really done effectively — and it’s not always clear the best way to do it — tends not to have a huge return on the investment."

With studies showing mixed results, companies may be gambling on whether spending money on wellness is worth it. But with rising medical costs, they may not have a choice.

This story is Part 2 of a three-part series exploring worker wellness across the state of Wisconsin. You can read Part 1 here.

Correction: An earlier version of this story included a misspelling of Jonathon Morgan's name. It has been updated.