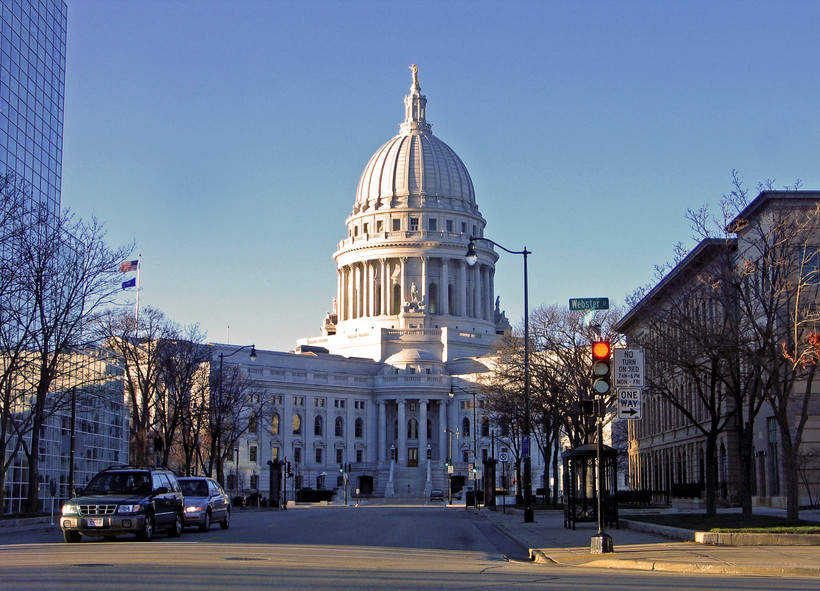 Wisconsin companies, city of Madison join challenge to cut carbon emissions in half by 2030

More than 90 organizations sign on to US Department of Energy's Better Climate Challenge
By Danielle Kaeding
Share:

Wisconsin companies, a health system and the city of Madison are among more than 90 organizations that recently announced a commitment to cut their carbon emissions in half by 2030.

The pledge is part of the U.S. Department of Energy’s Better Climate Challenge that aims to set targets to reduce greenhouse gas emissions, share solutions and provide technical assistance. The announcement was made as a United Nations panel of scientists warned children will likely face four times more climate extremes in the future if temperatures rise just a few tenths of a degree more over current warming levels.

The city of Madison, UW Health, Waupaca Foundry, Harley-Davidson, Kohl’s and Johnson Controls are among those that have committed to reducing emissions. The federal energy agency said the public-private partnership is part of reaching President Joe Biden’s goal to cut emissions in half by 2030 and reach net-zero emissions by 2050.

Kohl’s, Harley-Davidson and Johnson Controls are pledging to cut their emissions by at least half in the next decade or sooner.

In Madison, the city has committed to cutting emissions in half from its 2018 baseline and curbing energy use by 25 percent. The city has already set a goal to reach 100 percent renewable energy and net-zero emissions by 2030. In 2019, Madison’s city council approved a $95 million plan to get there.

"I'm absolutely confident that we're going to reach our goal of being 100 percent renewable energy for city operations by 2030," said Rhodes-Conway.

In its 2021 scorecard, the American Council for an Energy-Efficient Economy, or ACEEE, said Madison was the most improved city out of 100 large and mid-size cities examined by the nonprofit group in terms of progress toward emissions reductions and energy efficiency.

Even so, ACEEE said the city was unlikely to meet its goal to reach net-zero emissions in operations by 2030. Rhodes-Conway disputed the accuracy of the group’s data. Stefen Samarripas, local policy manager for ACEEE, acknowledged the organization examined emissions data that’s more than several years old.

"The city has really been very active in pursuing a number of different initiatives aimed at reducing those emissions, and it will take some time, in some cases, for those initiatives to really show up in terms of reduced energy use or reduced greenhouse gas emissions," said Samarripas.

The city is also electrifying its fleet as the transportation sector accounts for the largest share of greenhouse gas emissions. Rhodes-Conway said they hope to have 100 percent electric buses for their rapid transit system over the next several years.

Updating building codes was one of many recommendations of Gov. Tony Evers’ climate change task force. State Democrats introduced a package of bills last year that included a proposal to allow communities to go beyond state requirements, but it didn’t advance in the Republican-controlled Legislature.

UW Health is examining its roughly 40 buildings to identify ways to improve energy efficiency and pinpoint facilities that produce the most emissions. The nonprofit health system committed to cutting emissions in half and curbing energy use by 34 percent from 2020.

She said the health system plans to break ground this year on a new ambulatory clinic across from UW Health at the American Center hospital that incorporates energy efficiency in the design. The plans include UW Health’s first renewable energy installation with a 1 megawatt solar array on the top floor of the parking ramp.

"It's really a systematic approach, getting as lean as we can, and then incorporating renewables," said Statz. "And, it is a high bar to set, but I believe we can get there."

She noted obstacles remain as they work with medical equipment manufacturers for opportunities to reduce their energy use. Statz also highlighted that nonprofit institutions like UW Health, which are tax-exempt, are unable to utilize federal tax incentives to facilitate solar installations.

Waupaca Foundry plans to utilize renewable energy through an off-site power purchase agreement either in Wisconsin or another state to offset emissions under its commitment, according to Marco Gonzalez, the company’s corporate energy manager.

"By offsetting or injecting renewable energy electricity equivalent to a portion of what we use here into the grid, coming from let's say either a wind or solar project, we will offset that electricity we are using here," said Gonzalez.

Gonzalez said Waupaca Foundry already had a goal to cut energy use 25 percent by 2020, reaching a 21 percent reduction. He said they plan to improve energy efficiency by an additional 10 percent and reduce greenhouse gas emissions 25 percent by 2030.

The company plans to select a project this year that would offset energy use at its largest facility in Marinette. He said officials hope it would be built and in service by 2024, but Gonzalez noted COVID-19 supply constraints may delay construction.

As more companies make ambitious pledges to curb emissions, critics are skeptical of commitments that rely on carbon offset projects to reduce emissions. The International Energy Agency said the use of offsets could be a cost-effective mechanism to reduce emissions but added that may divert money away from direct efforts to achieve reductions.

The World Resources Institute, a global research organization, said credible commitments involve companies setting 5 to 10-year science-based targets that help them determine a path toward reducing emissions directly from their operations or indirectly from energy use or other sources like transportation.

Tom Eggert, a retired sustainability professor who taught at the University of Wisconsin-Madison, said customers, employees and investors are pushing businesses to make commitments to reduce their emissions.

"You start with maybe a lot of greenwashing, but we've seen over time that the infrastructure gets created underneath those goals, underneath those targets, to be very credible, when people then question them on what they're doing," said Eggert. “I would say companies in Wisconsin, companies in the United States, companies around the world are on a continuum from complete greenwashing at one end to complete transparency and viable targets on the other.”

He said companies who fail to set targets or release information about their sustainability goals can't do so without being punished by the market.

Just a decade ago, only 20 percent of the largest publicly-traded companies in the U.S. published sustainability reports, according to the Governance and Accountability Institute, a corporate sustainability consulting firm. Now, more than 90 percent of those companies publish reports on their progress toward environmental, social and governance goals.