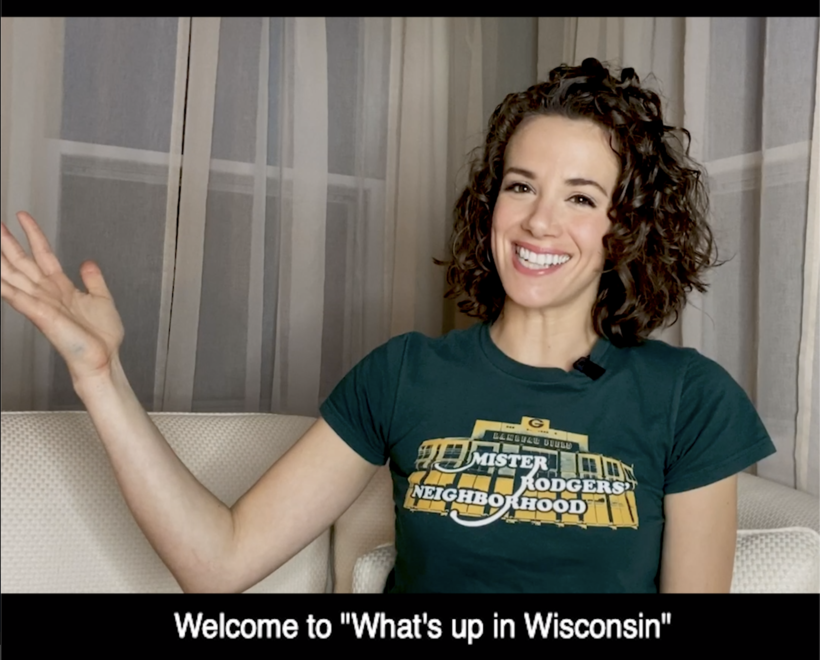 Kristin Brey in an episode of her web show "What's Up in Wisconsin," for the project "As Goes Wisconsin." Photo courtesty of Kristin Brey

Kristin Brey Wanted To Make A Documentary About Wisconsin Swing Voters, But After Coronavirus Outbreak, She Had To Improvise
By Mary Kate McCoy
Share:

Kristin Brey had a plan — to make a documentary about swing voters in Wisconsin.

The comedian and filmmaker moved home to Wisconsin Rapids from Los Angeles in early March, ready to talk to Wisconsinites about how the state became so polarized and what was on their minds ahead of the April primary.

But then the coronavirus outbreak hit, and her interview opportunities dried up overnight as people stayed home. Brey tried Zoom, but it wasn’t working.

She dropped her original documentary plans and decided to improvise. The April primary was still shaping up to be an important event because of the coronavirus and concerns over in-person voting, and Brey recognized confusion and a lack of information around absentee voting.

She saw an opportunity and ran with it, starting "As Goes Wisconsin," humorous videos that aim to give Wisconsin voters political news and information.

"It ranges from the news to how-to videos about ... registering to vote in Wisconsin," she said. "But then also doing like deep-dive issues and trying to make complicated, sometimes boring information a little bit more palatable by using comedy."

Raised in Madison, her dad played basketball for the University of Wisconsin-Madison in the 1970s. Her parents later moved back to Wisconsin Rapids, where they grew up, after a period in Los Angeles so Brey could pursue acting.

Her family members often appear in her videos. The first video features Brey’s mother, learning how to get an absentee ballot — and displaying some unexpected comedic chops, she said.

"I didn't know until now that I got all that talent from my mother, she is cool," Brey said. "We improv the whole thing. I really think we should have gotten her in like Second City or something like that back in the day."

That video attracted thousands of views. She followed it up with a video with her grandma about getting a witness for an absentee ballot. So far, she's produced 15 videos.

"They were just getting so much traction that I was like, 'Alright, I think there's something here that is probably a better use of my time and could impact more people than a hindsight 20/20 documentary might,'" Brey said.

Brey said she’s trying to reach people who aren’t heavy news consumers and are tired of the partisan rhetoric that has dominated politics in recent decades.

"I think it's easy to … just like finger point whose fault (it is), Republicans or Democrats, when most people, I think, just want stuff to get done," she said. "It's also for people who just love Wisconsin — there's definitely a lot of Wisconsin culture and humor that I am incorporating in all of this."

This isn’t Brey’s first go at making political comedy videos — before, she made a show, "Below the Fold," that focused on national issues.

After living her entire adult life in big cities, the response in Wisconsin has been refreshing, she said. In the two months she’s been working on "As Goes Wisconsin," she’s received more positive feedback and more traction than she ever did with the national show.

"Not that many people make stuff like this ... that you watch on Comedy Central or HBO … for your community," Brey said. "So I think that's probably why there has been such a great response to it." 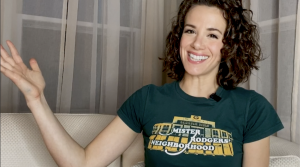 A Wisconsinite moved back to Wisconsin Rapids, just as the coronavirus pandemic was taking off in the U.S. and Wisconsin. She decided to create a state news and voting information video series for the web. We talk to her about the project.