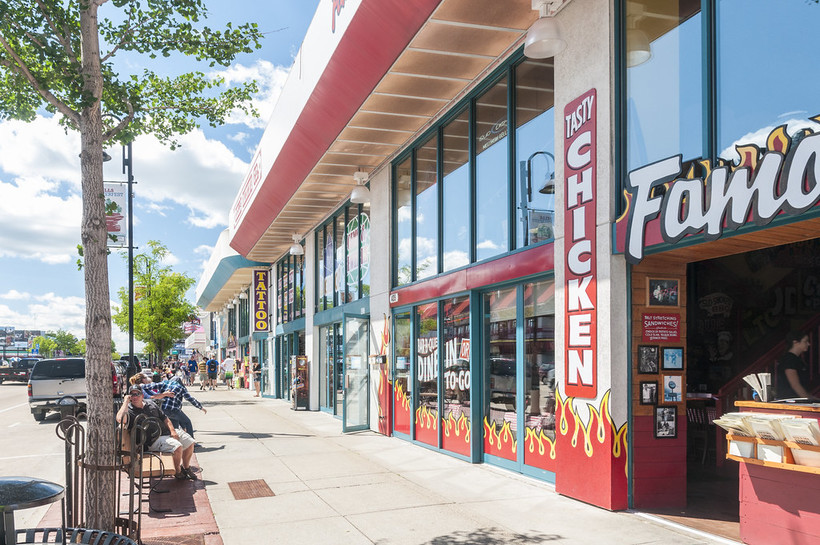 Report Suggests Communities That Depend On Tourism, Sales Taxes Could Fare Worse
By John Davis
Share:

A new analysis says Wisconsin cities and villages will face major financial challenges in the next two years and beyond from the COVID-19 pandemic.

The Wisconsin Policy Forum report said communities that rely on income from tourism and collect special sales tax revenue will face even greater challenges than those that don’t.

"Most cities and villages are in crisis management mode right now. Leaders are thinking about the future, but their energies are focused on dealing with the 'strange new world' we've all been thrust into," said Jerry Deschane, executive director of the League of Wisconsin Municipalities, with nearly 600 Wisconsin city and village members.

"So many day-to-day operations and obligations have changed. They need to get those under control. Budget processes will start to occupy their time later this spring and into the summer," Deschane added.

Deschane called the report a very accurate description of the challenges local governments in Wisconsin are facing now and in the future.

"The short-term impacts are of concern, but of even greater concern is whether we're on the threshold of a general economic slowdown. If that’s true, then local budgets will suffer (along with the rest of the economy)," he said.

"Most larger cities will start their 2021 budget processes internally within the next few weeks, and the biggest question will be what shape the economy will be in this fall and into the next year," he said.

While the larger impact on state budgets remains to be seen, local officials are keeping an eye on their budgets while local governments are in crisis mode

"Many of us have already begun to prepare for the financial impact of COVID-19. Many governing bodies are sensitive to the hardship felt by our constituents and are waiving penalties on utility payments, reducing licensing and permit fees, or not enforcing some things like parking permits," said Kayla Thorpe, administrator and clerk in the village of Butler in southeastern Wisconsin. "This will no doubt have a detrimental effect on our already strained municipal budgets."

Thorpe added that changes could include the closure of libraries and cancelation of other non-essential activities.

"In Butler, we have suspended all non-essential or mandated training, are putting off our large capital purchases until we have more information and are looking at ways to reduce spending across all departments," Thorpe said.

Thorpe also serves as president of the Wisconsin City/County Management Association. She said the association is working with members to get them information and resources to make educated decisions for their communities.

"I have heard from many members about how they are analyzing the potential impact and what immediate steps they are taking to mitigate the hit to their local budget ... While FEMA funds will help with some emergency expenses, lost revenue is not a reimbursable expense," Thorpe said.

She added that managers who run communities big and small in Wisconsin are dealing with similar questions.

"How long this will go on? How to protect first responders? What we are doing to ensure essential services are provided to the community? How do we support our business community to help them weather this storm?" she said.

Deschane said the League of Wisconsin Municipalities is also staying in close contact with its members, holding three weekly video conferences and spending a lot of time trying to answer many never-before-asked questions.

"When a crisis strikes, local governments deal with it. Human concerns are the top priority; budget concerns will come later. The increased costs of the spring election, EMS calls, increased precautions for first responders and radically-revised working conditions for the rest of municipal operations all must be dealt with," Deschane said.

"For the moment, those added costs are being absorbed within operating budgets. There will come a time when the added costs will have to be addressed, and under Wisconsin's austere spending control laws there is no local capacity to make up for those unexpected expenses. At some point this year there will have to be support from the federal and state levels," Deschane said.

The Wisconsin Policy Forum report suggests because local governments rely heavily on property taxes and are accustomed to strict revenue limits placed on them by state government, they might be in a better position initially to deal with spending challenges.

The village of Butler has about 2,000 residents and Thorpe said financial help is just as important for them as it is bigger municipalities.

"I believe the financial challenges are the same if not more difficult. Our tax bases are small, our non-tax revenues are small and finite. This will be felt just as dramatically on small communities as it will on large communities," she said.