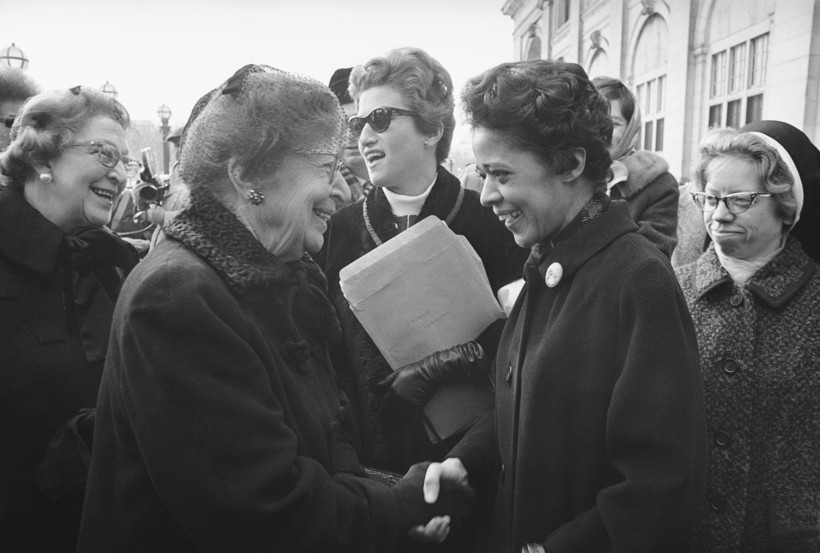 A statue of civil rights leader and political trailblazer Vel Phillips, the first female and the first Black person elected to a statewide office in Wisconsin, could be erected on the Wisconsin Capitol building grounds under a plan advanced Monday by a state committee.

The statue, which supporters are lauding as a long overdue tribute and a recognition of the contributions of the Black community to Wisconsin, could be placed at the South Hamilton Street entrance to the Capitol building or inside the Capitol.

During Monday's meeting, Dave Endres, chair of the community advisory committee that has overseen the statue proposal thus far, argued the memorial would make important strides toward representation at a site revered and visited by thousands of Wisconsinites, including hundreds of Wisconsin schoolchildren, every year.

"Our proposal represents an opportunity to address the scarcity of representation at the Capitol of contributions from the African American community," Endres said. "Our proposal also presents an opportunity to show our children of color an example of someone who looks like them and has been honored for her contributions to Wisconsin. Children need to see what is possible to allow them to imagine their full potential." 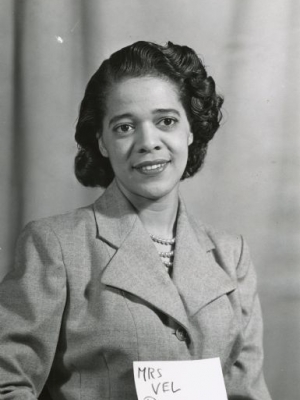 Michael Phillips, son of Vel Phillips, also spoke at the meeting. He outlined his mother's accomplishments, which include being the

Phillips also recalled his mother's political mentorship of baseball legend Hank Aaron, who periodically visited the Phillips family home in the mid-1950s, during his time playing for the Milwaukee Braves.

"One of the things I suspect (is that) my parents, especially my mom, mentored Hank ... in his ability to see the opportunity that he had to leverage his voice for the benefit of others," he said. "He had a voice in the civil rights movement and I don't know, without his engagement with my mom and my dad, whether that would have been true for Hank Aaron."

Phillips also recounted his mother's trips to classrooms across the state in her later years to speak about her civil rights work and decades of public service.

"Her presence in Milwaukee is so ubiquitous — she was a star here," he said. "I believe that her star shone statewide as well."

The State Capitol and Executive Residence Board voted Monday to create a subcommittee to oversee final design and location details for the statue and to make a final recommendation to the full board. The ultimate approval for an outdoor statue would require a temporary exemption from a policy that bars additional statues on the Capitol grounds.

Phillips, who was born in Milwaukee in 1924, is a Wisconsin icon who achieved numerous "firsts" in the state. She was:

Phillips fought for years against discriminatory laws and lending practices against Black people in Milwaukee. Her efforts, which included leading the 200-day open housing protests in 1967 and 1968, earned her recognition as a leader of the civil rights movement in the state.

Phillips' name echoed through the protests against racial injustice that spread across the state and country during the spring and summer of 2020, and has been integrated into school curriculums about politics and social justice across the state. Calls for the statue began over the summer.

Marchers stopped at Vel R Phillips and North to talk about its namesake, Vel Phillips, WI’s first Black secretary of state. There’s a mural of her on the corner here https://t.co/AmaLfwpjmn pic.twitter.com/KflnT9YXyI

The Phillips statue would join statues of Civil War officer Col. Hans Christian Heg and Forward, a woman embodying the state's motto, on the Capitol grounds.

Both of those statues were damaged during June unrest that followed racial justice protests. According to the state Department of Administration, the statues are currently in Michigan undergoing restoration and are on schedule to be reinstalled on the Capitol grounds this summer.

The repairs, which are estimated to cost about $82,000, have been mostly paid for through federal grants and a Wisconsin Historical Society fundraising campaign, the department said. State Capitol Police said an investigation into who damaged the statues is ongoing.