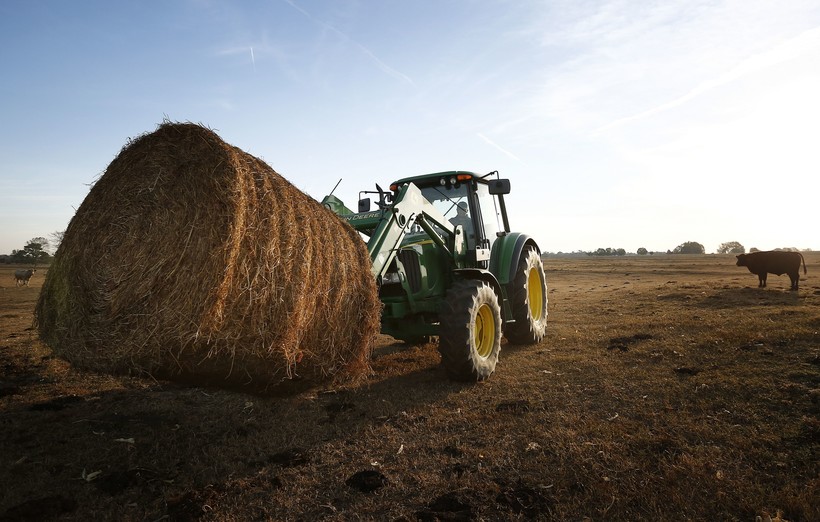 More than 12,000 farmers have already signed up for state aid in response to the coronavirus pandemic.

The application deadline for the Wisconsin Farm Support Program is Monday at 11:59 p.m. Farmers can sign up online through the state Department of Revenue, or call the agency for assistance.

As of Friday afternoon, 12,408 producers had applied for the program, and the department had received at least 1,635 calls about the aid since the application opened.

Secretary Randy Romanski, head of the state Department of Agriculture, Trade and Consumer Protection, said the state is expecting a large number of last-minute applications.

"The Department of Revenue indicates that when they have programs like this, they do tend to see a rush of activity as the deadline gets closer," Romanski said.

Producers that made between $35,000 and $5 million in farm income last year are eligible to apply. The program expects to pay producers between $1,000 and $3,500 based on their income level. But Romanski said the amount won’t be finalized until the state knows the number of applicants.

"They’re not processing applications as we go along because until we know how many farmers actually apply for the program, we won’t know how much each farmer will be eligible for. So the number of farmers applying for the funding does affect how that sliding scale is adjusted," Romanski said.

Tamas Houlihan, executive director of the Wisconsin Potato and Vegetable Growers Association, said he hasn’t heard of any farms having trouble with the online application system, unlike some federal aid programs.

"No news is good news. I think for the most part it's been a pretty seamless process and fairly simple to apply for," Houlihan said.

He expects many of his organization’s members to apply for the aid, even though he says the payment amount won’t make a huge difference for struggling operations.

"Obviously, they appreciate it and they understand that there are limited dollars available. But it's really not going to save a farm or even cover a month’s operating expenses," Houlihan said.

Houlihan said potato and vegetable growers haven’t yet seen major impacts to their industry from COVID-19. But the potato industry is bracing for an oversupply when this year’s crop is harvested this fall.

"The growers out west had already planted their potatoes when the COVID-19 crisis hit, and so those potatoes don't have a home," Houlihan said. "When we end up with a massive amount of potatoes in the fall that aren't going for processing, they're going to flood the table market and that's going to hurt everyone."

Darin Von Ruden, president of the Wisconsin Farmers Union, said he knows many farmers who have already signed up for the program.

"I think the biggest question that a lot of farmers have is why it's going to take until the middle of July for that money to get distributed," Von Ruden said.

Von Ruden said he was surprised to see so few farms signed up and said he expects to see more get their applications in over the weekend. But he said the $35,000 minimum income requirement does leave out many small-scale operations in the state.

"There's evidently that concern that it could be looked at as a lot of non-farmers getting some money," Von Ruden said. "Really, the farmers that are in that $10-20,000 range probably need that money more than those that are in the $5 million range."

Gov. Tony Evers Pledges To Plant 75M Trees By End Of Decade
UW Chancellors In Milwuakee, Madison Unsure About Blanket Student Loan Forgiveness
'We Need To Act Now': This Small Wisconsin City Is Boosting Its Use Of Renewable Energy To Fight Climate Change
Rocks That Journeyed From Wisconsin To Wyoming Millions Of Years Ago May Have Dinosaurs To Thank
As Vaccine Demand Levels Off, Milwaukee Officials Change Strategies
More WPR News