Will Wisconsin's 1st State Senate Race Be The Next 'Blue Wave' Bellwether?

Political observers will get their next glimpse into which way the political winds are blowing in Wisconsin — and the nation — on June 12. Two special elections will decide the next lawmakers for the state's northeastern 1st Senate District and the state's southern 42nd Assembly District.

The races are one more opportunity for politcos to gauge voters' opinions going into November's general elections.

Wisconsin's 1st Senate District — which covers Door and Kewaunee counties, along with parts of Brown, Calumet, Manitowoc and Outagamie counties — has been held by Republicans since the late 1970s, most recently by former State Sen. Frank Lasee.

In December 2017, Lasee left the Legislature to join the Walker administration as administrator of the Worker's Compensation Division in the state Department of Workforce Development.

Despite Lasee's seat being vacant, Gov. Scott Walker resisted calling a special election to replace him. He relented after being ordered by a Dane County judge, officially calling for special elections March 29, three months after the seat was vacated.

The winner of the June 12 election will have to run again in the November general election to hold the seat.

It's a full schedule for candidates and an interesting race to watch, says David Helpap, a political scientist and assistant professor at the University of Wisconsin-Green Bay.

He said the race will be viewed as a bellwether, adding that "for the last three or four months I did not think all the talk about the 'blue wave' was actually legitimate."

Walker has tweeted about Democrats possibly gaining ground at the state and federal levels in both the upcoming special elections and in November — when Walker will seek a third term as governor.

"It seems like the signs are pointing that way and we'll have to see to what degree the wave hits," Helpap said. "Is it going to be something that’s nice and calm or something that’s very notable?" 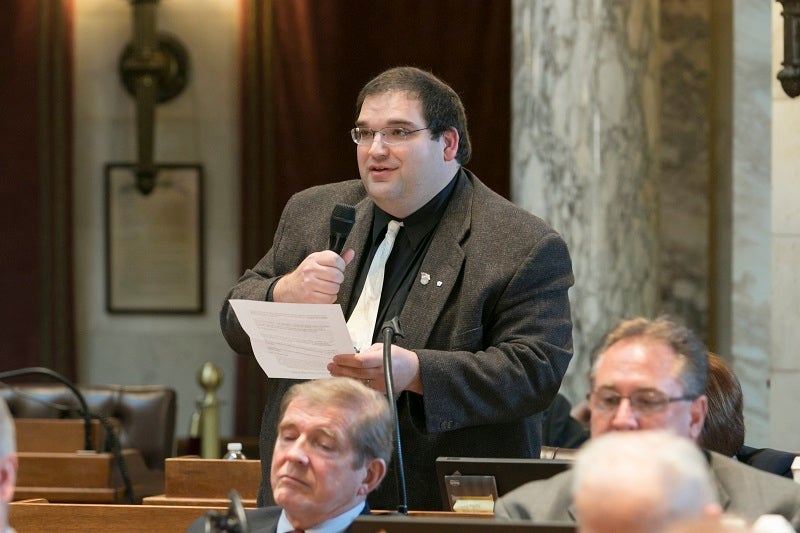 Jacque has been in the Assembly since 2010. His critics call him a career politician but Jacque said, "my wife is not going to let me do this forever."

Jacque says his record shows he is willing to take up "touchy subjects" such as domestic violence, human trafficking, drunk driving and animal abuse.

In October 2017, Jacque began circulating a bill to increase the penalty for having sex with an animal from a misdemeanor to a felony. The move was sparked by an incident involving a northeastern Wisconsin man who was charged with repeatedly molesting horses, but ultimately only received probation.

The state Senate did not take up the bill, which some political observers believe was a move to keep Jacque out of higher office.

Jacque said he had support of prosecutors, farmers and humane societies.

"It is really sordid stuff, it’s stomach turning," Jacque said. "(This is) something where there have been predators terrorizing rural Wisconsin."

Frostman is a newcomer to state politics. He is running on his economic development credentials and job creation record.

Frostman was the head of the Door County Economic Development Corporation until he stepped down in April.

He said low unemployment numbers are good, but added he wants, "the jobs that our state is courting and incentivizing (to be) quality jobs," giving residents an "opportunity to live a dignified life — meaning a living wage — a roof over their head, food on the table, access to affordable health care."

Frostman said he is concerned about the state's multi-billion dollar taxpayer commitment to electronics manufacturer Foxconn and whether Walker's promise of jobs stemming from the project will come to fruition.

"I'm not as optimistic that will be the case. It is highly concerning on the size and the fact that we, I think, kind of gave away the farm without negotiating from a position of strength on this one," Frostman said.

Jacque said he is also focused on job creation and indicated that Frostman has only lived in the district for a couple of years.

Regardless of the June 12 outcome, Walker's repeated referencing of the "blue wave" has signaled fears Democrats might gain ground this fall.

For Helpap, it's possible the same scenario may play out in northeastern Wisconsin.

"I don't think you would see the governor kind of continually referencing this 'blue wave' if he didn't have at least some kind of concern," he said.