Signs along Charles Street in Oconto, Wis. advertise job openings at LeTourneau Plastics. Such signs are not uncommon, as numerous companies and businesses throughout the county and in northeastern Wisconsin struggle to find workers. Experts disagree whether enhanced pandemic-related unemployment benefits discouraged people from re-entering the workforce. Kent Tempus/Oconto County Reporter

$300 A Week Has Been A Lifeline For Many Left Jobless By COVID-19, But It Is The Source Of A Hot Partisan Debate
By Nusaiba Mizan | Green Bay Press-Gazette
Share:

He never applied for unemployment benefits in nearly two decades of working — until the pandemic. He was unemployed from June to September 2020 and again from December to March.

Brown said the $300 federal unemployment insurance benefit, which expires Saturday in Wisconsin, was a "life saver" during that time. He made about the same with expanded unemployment benefits compared to the job he got afterward.

"It wasn’t like a windfall. It wasn’t like I was getting rich or anything, but it definitely made it a lot easier to get by than it would have without it, for sure," Brown said.

Faced with a workforce shortage in some low-wage industries, 22 states ended the $300 federal unemployment expansion early. These state governments believed the expanded benefit was discouraging people from seeking a job. Wisconsin Republicans, too, sought to end the expanded benefits until Gov. Evers vetoed their bill in June.

Economists have been split on the extent to which higher unemployment checks are holding back job seekers. Some studies say ending expanded benefits did not discourage employment, while others say it slightly increases employment.

The expiration of the enhanced benefit renews the question: Will the expiration boost employment in industries like restaurants, retail and manufacturing that have struggled to attract workers? Or will that effect fall short because of other factors, like workers’ changing expectations from employers and a longstanding demographics-driven labor shortage?

Brown said the extra benefits didn’t prevent him from looking for work. While unemployed, he treated his job hunt as a full-time job. He finds it hard to believe people would pass up a good job because of the federal money. 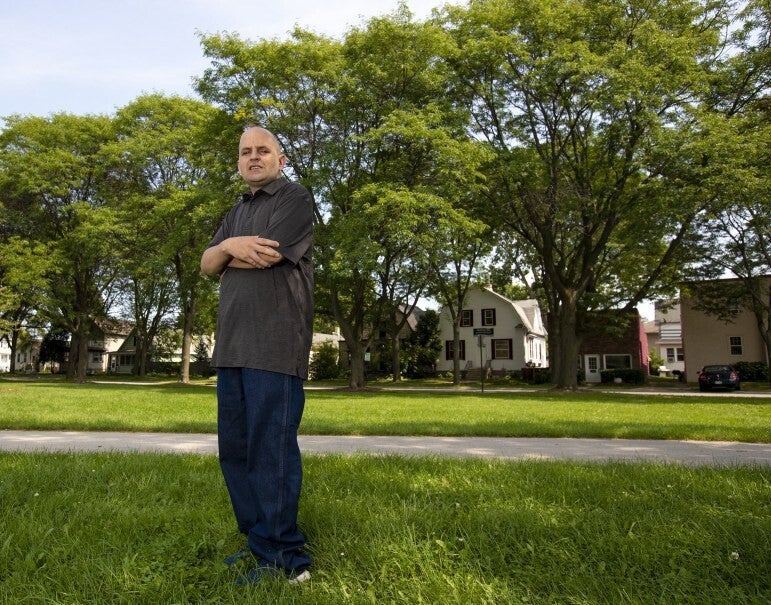 Jarrett Brown of Green Bay, Wis., calls federal supplements to state unemployment benefits "a life line" that helped him as he looked for new jobs during two periods of unemployment due to the coronavirus pandemic. The current $300-a-week federal payment, which critics claim has kept workers out of the job market, ends Saturday. Samantha Madar/Green Bay Press-Gazette

Wisconsin faces a shortage of workers in several industries, including restaurants and retail. There are more than 110,000 job postings on the Job Center of Wisconsin website. Wisconsin was already headed toward a workforce shortage with an aging workforce, but for many baby boomers the pandemic sped up the decision to retire.

Facing similar workforce shortages, more than half of U.S. states pulled out of expanded unemployment benefits program early. The research is still developing on whether and to what extent those moves affected employment in those states.

An Aug. 20 report from the University of Wisconsin-Madison’s Center for Research on the Wisconsin Economy found the 22 states that ended expanded unemployment in June saw non-farm employment grow faster than the rest of the U.S. after the additional unemployment benefit ended.

That UW-Madison report, which cautioned that the report’s data covers only a short time period, used Bureau of Labor Statistics monthly household and payroll employment surveys.

Economists surveyed by the University of Chicago’s Initiative on Global Markets are split on whether the additional payments disincentivized the job hunt for lower-wage workers, with most economists saying they are uncertain.

Being Paid To 'Sit On The Sidelines'

A spokesperson from the state’s largest business lobby, Wisconsin Manufacturers & Commerce, pointed to June research from the Federal Reserve Bank of San Francisco which found that last year's $600 a week supplemental payment had a moderate disincentive effect on job-finding. The study extrapolated that analysis and assessed there would be a smaller effect for the $300 weekly payment.

Nick Novak, vice president of communications and marketing for WMC, which backed the push to end enhanced unemployment benefits in Wisconsin, said member businesses are finding it hard to hire even after increasing wages and offering sign-on bonuses because they must compete with the extra unemployment payments.

"We’ve seen an unfortunate impact of these expanded benefits because the federal government is paying people to sit on the sidelines," Novak said.

On the other hand, Laura Dresser, associate director for the Center on Wisconsin Strategy at UW-Madison, is skeptical of claims that characterize enhanced unemployment as a disincentive.

Dresser pointed out that the San Francisco Federal Reserve study also found only a small fraction of workers receiving the previous, higher $600 CARES Act supplement in May and June 2020 would have turned down an offer to return to work at their previous wages.

"The value of a sustained job, especially in a depressed labor market, significantly outweighs the value of the temporary additional UI income," Federal Reserve researchers wrote in the report.

Novak believes unemployment recipients may be making more in some cases — or that the difference is not enough for people to accept jobs.

"If you are a potential worker, if you’re looking at the incentive of going to work full time potentially at $15, $20, or even more than $20 an hour, you also have the option to sit at home and potentially make $17 an hour," Novak said.

To compete for workers, employers across the state are voluntarily raising their wages.

Dresser pointed to restaurants as one example of an industry where wages are in flux. Many restaurant workers have held two or three jobs just to make ends meet.

"And these wages have been so stagnant for so long in the restaurant sector that, in some ways, it feels like maybe this is the appropriate adjustment to making the jobs that would support a more complete life," Dresser said.

However, increased wages may not be enough. Employers could consider more aspects of work to attract talent in this economy. Scheduling flexibility, sick days and child care benefits are all critical for low-wage workers too, Dresser said.

"Many employers are really sensitive to and really design great work environments," Dresser said. "But some haven’t paid attention as much to these things. And I think you’ll see them changing wages but also considering scheduling, benefits and the kind of supervision and support to staff — and that is ultimately good for those workers."

Brown believes the pandemic has brought about some improvements for workers despite its challenges. Alongside higher wages, workers have seen bonuses and more flexibility to needs like child care, Brown said. He is currently working the highest paying job he’s ever had at a food processing plant, and there have been several raises since March at the company he works, Brown noted.

"Honestly, the way I saw it, I feared that the pandemic was actually going to hurt workers, because I thought it was going to make everyone more desperate to get back into the workplace and just take whatever job no matter how much they paid — but the exact opposite happened, which is a good thing," Brown said.