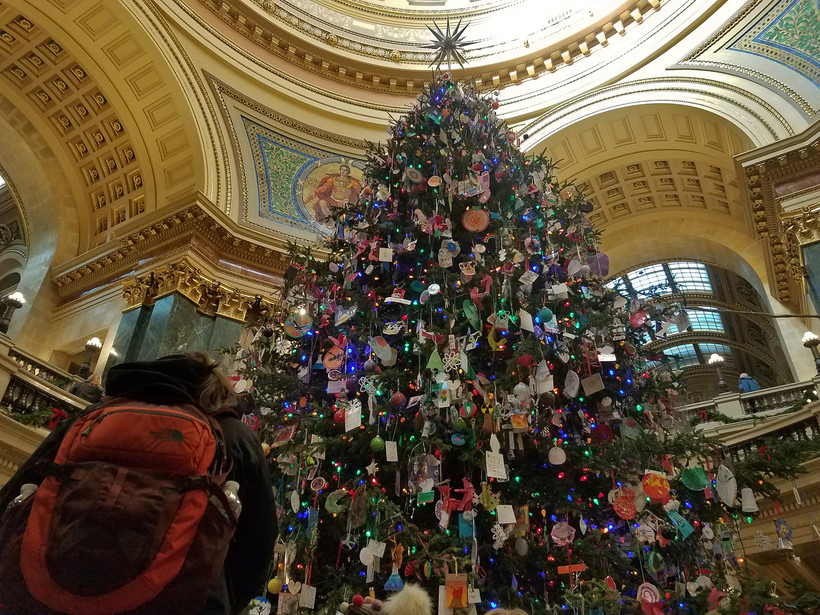 Children eye this year's science-themed tree at the Wisconsin state Capitol on Dec. 6, 2019. Will Kenneally/WPR

Who's Behind The Handmade Ornaments Adorning The Wisconsin Capitol Holiday Tree?

Wisconsin Tradition Is Led By State's Youngest Citizens
By Will Kenneally
Share:

In December at the state Capitol, it's a common sight to see people crane their necks up at the large evergreen sitting in the middle of the rotunda.

Madison couple Megan and Zach Sweeney brought their kids to the tree lighting ceremony for the first time this year.

"(We’re) always busy on these types of days, and we just happened to have off today," Zach Sweeney said. "(I’ts a) first time experience for everyone, you know — good family memories."

For Wisconsin children, those memories can include seeing their own artwork on the tree.

The tradition sparked a question for WPR's WHYsconsin project from Andrea Anderson of Janesville. She wondered: "Gov. Tony Evers is accepting homemade themed ornaments for the tree and I wanted to know if this tradition is new, and if not, how long it's been happening."

So WHYsconsin did some digging and found out. 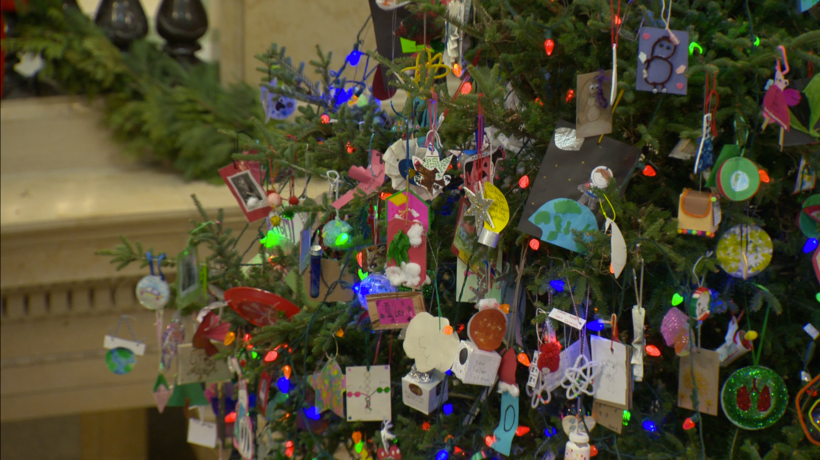 "It was also a great connection to the governor, his background, being a science teacher, and his focus on education," Baldauff said.

The tree themes often focus on topics the governor wants to highlight. In the past decade, themes have ranged from "Honoring Wisconsin’s Veterans" to "America’s Dairyland."

To decorate the tree, the DOA collects the ornaments sent in by students and other groups, and hangs them while setting up the tree ahead of the lighting ceremony.

Aris Dinehart from Middleton loved his ornament so much he wanted to keep it at home.

"Mine was a water drop," Dinehart said.

Whatever you call it, the tree will stay up through the end of December.