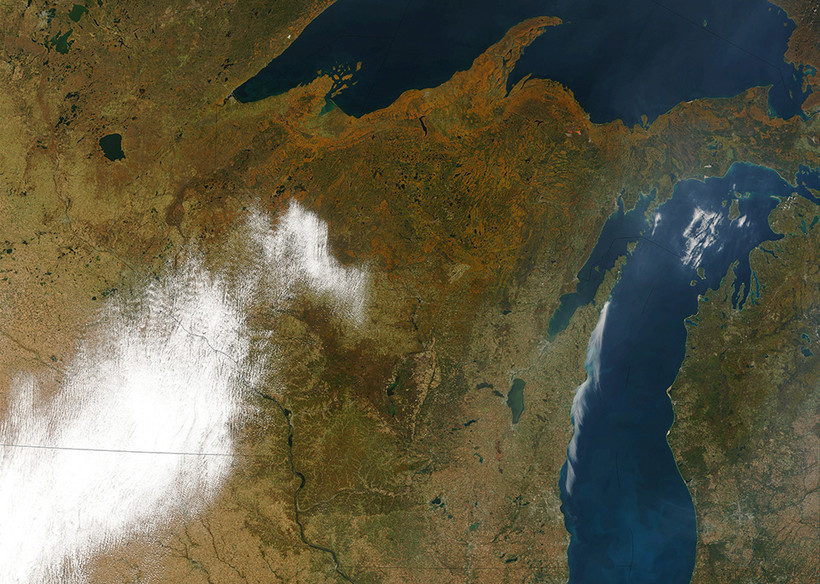 Models Offer Insight On How Climate Change Will Affect The State
By Noah Ovshinsky
Share:

Climate change is a difficult subject to wrap your head around. It’s happening and yet it's difficult to localize it's impact. Increased extreme rainfall events, poorer air quality and increased summertime drought are all likely projections. While the impacts continue to be uncovered, one thing scientists can say for sure is that the temperatures in Wisconsin will rise over time.

According to the Wisconsin Initiative on Climate Change Impacts, winter temperatures have increased 2.5 degrees between 1950 and 2006. And in the northwest corner of the state, it’s risen even more.

So, what will Wisconsin's climate be like in the future?

Scientists involved with WICCI, a partnership between the University of Wisconsin-Madison and the Wisconsin Department of Natural Resources, have created an interactive mapping tool that helps the public see for themselves.

The tool lets users pick a place on one map and a time period in the future — the program is designed to show the user how the climate of one location will change overtime to mimic the climate of another location. A second map highlights a location with a climate similar to what the future will hold for the chosen place on map one. It’s called a climate analog.

The website includes several climate models but for simplicity sake, the maps below look at the average of those models. 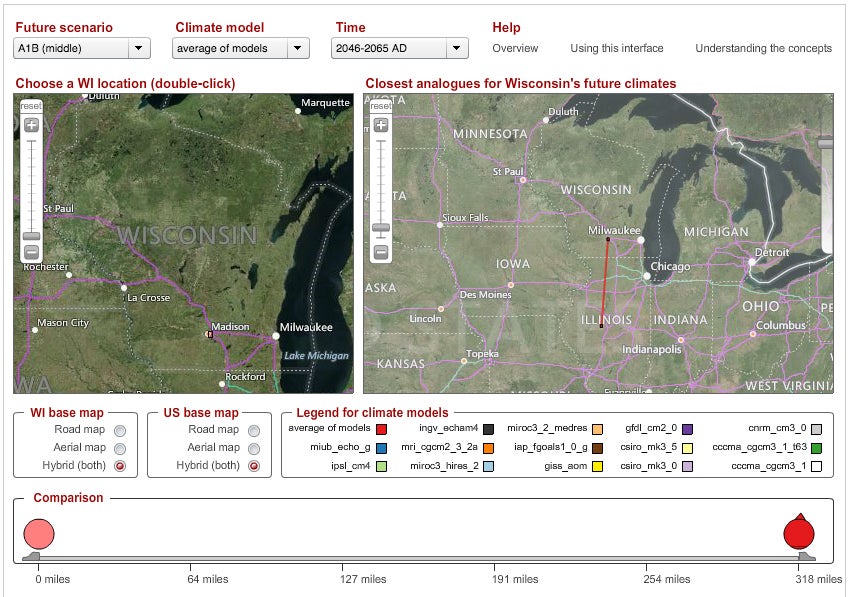 To paint an even starker picture of where temperatures are going in Wisconsin, one need only look at Superior’s climate analog. 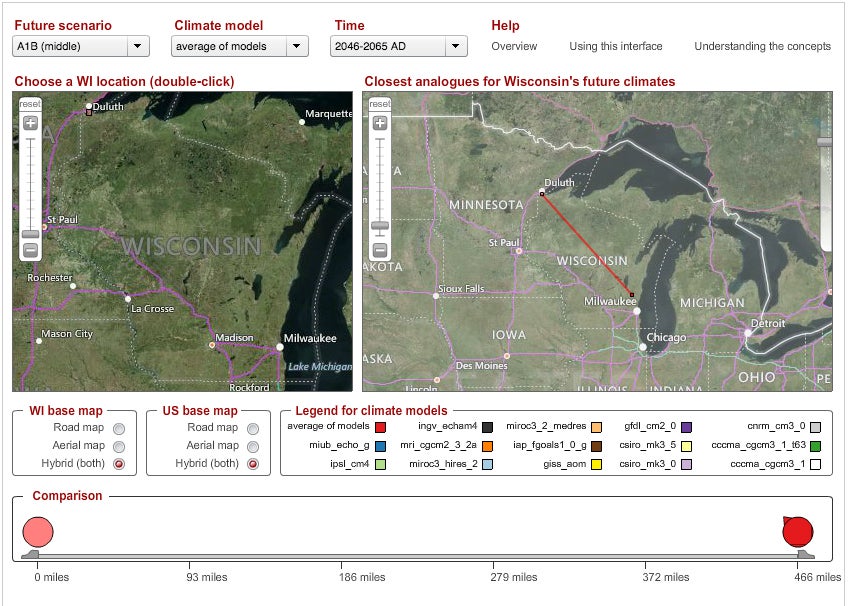 According to the map, Superior will feel a lot like West Bend, Wisconsin, in 30 years. The average temperatures in these two regions differ by nearly five degrees.

Looking even further into the future, say 43 years, Wisconsin’s capital and northern-most city will feel even warmer. 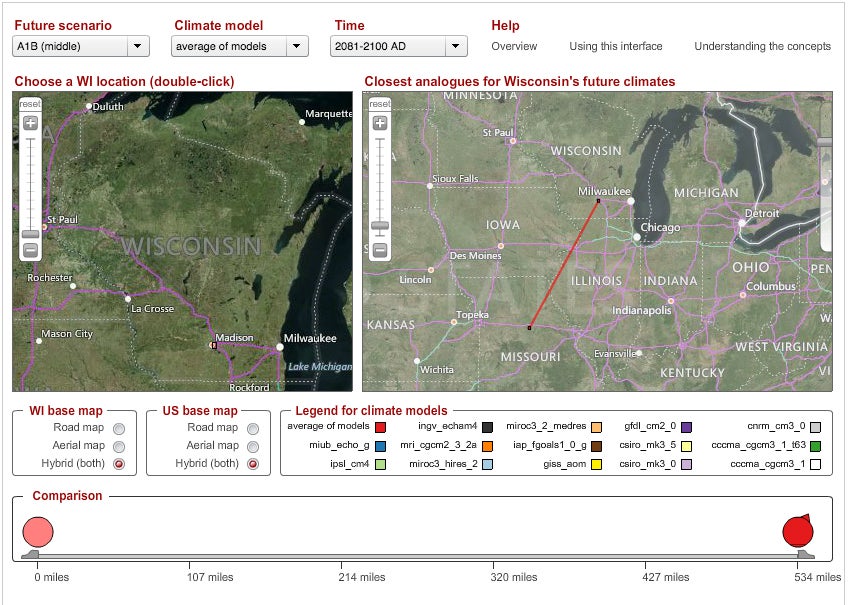 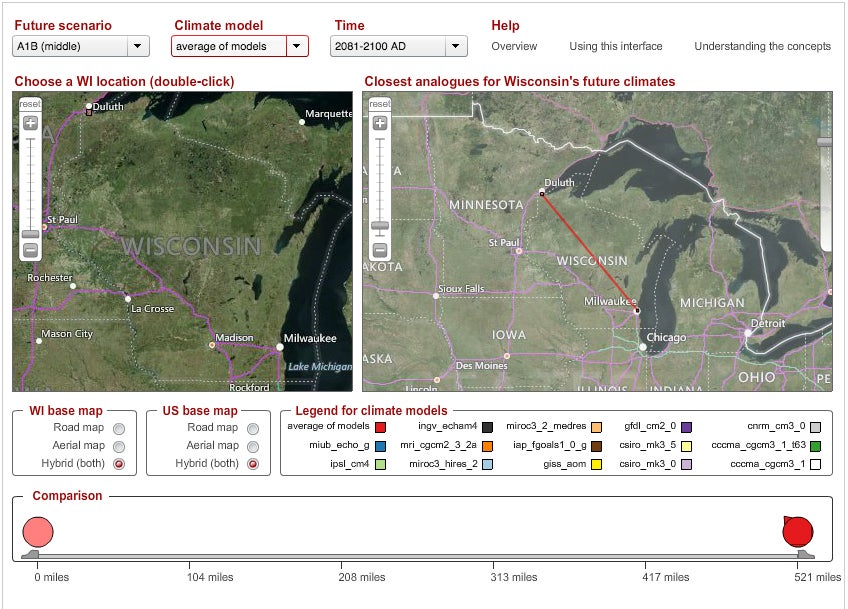 And Superior? Well, the Twin Port will feel a lot like another port … Milwaukee.

What will your hometown feel like in the future? Find out here.

WPR's Noah Ovshinsky talks about what Wisconsin's climate may be like in the future using an interactive mapping tool.