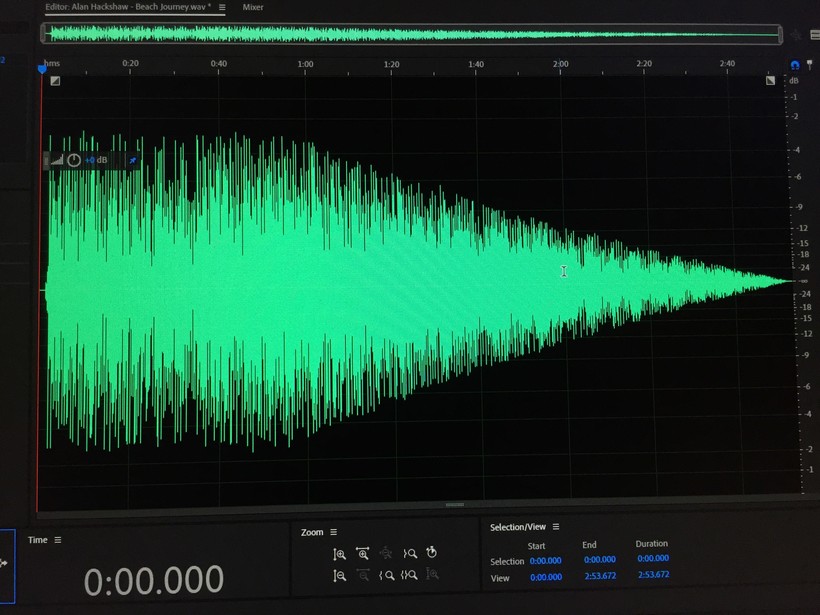 What Ever Happened To The Pop Song Fade-Out?

The History Behind Bringing A Song To Silence
By Karl Christenson
Share:

Neil Young famously sang, "It’s better to burn out than to fade away." Kurt Cobain tragically took those words to heart, but how might that sentiment apply in the context of song endings?

Pop songs can end in a variety of ways, but the two most common are the cold ending, where the music ends abruptly, and the fade-out, where the volume of the music slowly decreases until silence is reached. But who first came up with the fade-out approach in music?

Music and technology writer, Bill Weir told WPR’s "BETA" that the first instance of a musical fade-out may have happened around 1916 with a performance of "The Planets" by English composer, Gustav Holst.

Weir explained, "Of course they had to do this live. (Holst) had the choir singing in another room (off stage), and they would gradually close the door as they were singing, bringing the sound to an eventual silence."

As technology evolved, new methods of fading out music were developed. Engineers would sometimes use handheld recording equipment, "and while the musicians were playing, the person holding the equipment would actually walk away from the performers," explained Weir.

The advent of the volume knob was a momentous innovation for engineers and producers looking to create fading effects in music. Having a control knob that could increase or decrease amplification made fading "a lot easier for the recording engineers ... and it also sounded a lot more realistic," said Weir.

In an article about the decline of the fade-out Weir wrote, "Many early fade-outs were added simply because engineers were short on time: To meet the demands of radio, or the limited runtime of one side of a vinyl single, they had to make the record fade out early."

Weir considers the 1950s as the "Golden Era" of the fade-out.

"Once (radio DJs) realized they could do it very easily and smoothly, they would go on the radio and transition from one song to the next ... also allowing them to talk over the fade-out," he said.

In the late 1960s, engineers and artists started to get more creative with fades, sometimes employing them to fix or cover up mistakes made during the recording of the song.

The Beatles' "Strawberry Fields Forever" has a section at the end where the song fades out, and then fades back in.

Weir explained, "there was a flub toward the end of it, and (producer/engineer, George Martin) faded it out before it got to that mistake. But he liked the stuff that came after it so much that he decided to fade it back in. People loved it and figured The Beatles did it on purpose as an artistic statement ... not realizing it was just George Martin getting around a mistake."

Another example of an artistic fade-out is in Talking Heads’ "Life During Wartime" which ends with an entirely new verse of the song fading out. Weir said using a fade-out in this manner allows a song to live beyond its own physical self.

"It makes you wonder, 'How many lyrics are there to this song? Does (David Byrne) just go on forever and ever? Could he still be singing this song?'" he said.

In the 1990s, the musical fade began to fall out of favor with artists and producers opting instead for the cold ending. Adding to that, the popularity of listening to music on devices like the iPod also, "made it easier to skip ahead to the next song," said Weir. "With these digital devices our attentions spans began getting shorter."

So is the fade-out due to make a comeback anytime soon?

Weir predicted, "It’s just a matter a fashion. If you like the fade-out, my sense is it will come back. Hang in there."