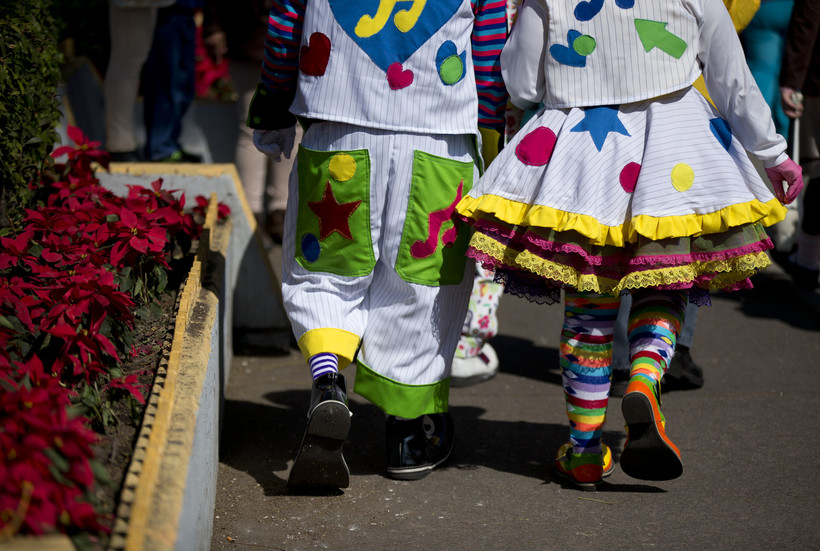 Clowns march together toward the Basilica of Our Lady of Guadalupe in Mexico City, Monday, Dec. 14, 2015. Hundreds of clowns belonging to various clown associations made their annual pilgrimage to the Basilica on Monday to pay their respects to the Virgin of Guadalupe, Mexico's patron saint. Rebecca Blackwell/AP Photo

This piece from The Cap Times profiles three Mexican immigrants living in Wisconsin who dedicate some of their time to the art of clowning.

United States culture has swayed clowns to symbols of fear, but in many Latino households, they see a clown, and they see joy.

"I didn’t understand for a long time after moving to the United States why clowns would be part of horror movies, because I had never understood clowns as a source of fear. They had always been a source of happiness," said Marla A. Ramírez, an assistant professor of history at the University of Wisconsin-Madison. "That was a cultural shock for me."

Reporter Natalie Yahr walks us through the cultural differences, each clown's experience and routine, challenges posed by the pandemic and the process of navigating citizenship. And photos from Ruthie Hauge show us some of that joy.

The seven-day average for new COVID-19 cases in Wisconsin is 1,538 as of Friday. The Wisconsin Department of Health Services has confirmed 7,740 total deaths from the disease.

Fifty-two percent of Wisconsinites are fully vaccinated — 83 percent of people age 65 and older and 37.7 percent of children age 12-15.

The Village of Gays Mills is known as the Apple Capital of Wisconsin, located in the Driftless Area of southwest Wisconsin off the Kickapoo River.

"Come late August and September, apples are the stars," writes Milwaukee Journal Sentinel travel reporter Chelsey Lewis. "Then the trees begin to turn and put on another colorful display of autumnal reds, browns, oranges and yellows." 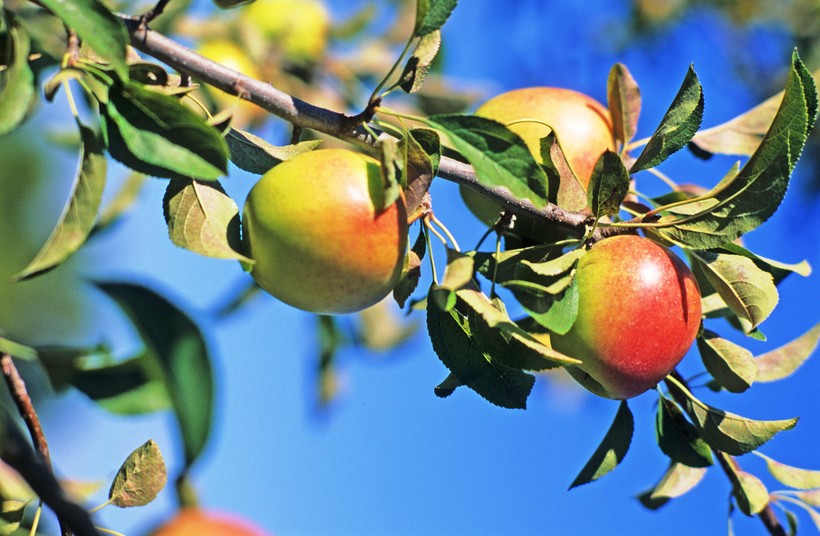 In Wisconsin, elderly people experience fatal falls more than any other state. Public health officials and aging advocates have launched a coalition headed by the Wisconsin Institute for Healthy Aging, working to raise awareness and prevent those falls.

"Many fall-related risk factors can be addressed by health care providers," Dr. Julia Lubsen told The Cap Times. "Without a falls risk assessment, it is less likely that patients will receive effective interventions like physical therapy or an evidence-based falls prevention program."

The family resource center at Lincoln Elementary School in Janesville is the largest of all the area's elementary schools — and it is "the only one with a clothing closet," coordinator Emma Dieter told The Janesville Gazette.

Along with clothing, people have access to hygiene products and entertainment activities. Students and community members can check out things like DVDs, puzzles and books for two weeks at a time.

To donate items, contact Dieter at emma.dieter@janesville.k12.wi.us. The resource center is currently asking for sweaters and hygiene supplies.

Legacy Boys & Girls Club In Milwaukee To Close In December

The Augusta M. LaVarnway Boys & Girls Club in Milwaukee will close at the end of December, reports the Journal Sentinel.

The location supports 88 youth and employs 14 staff members — everyone will be able to transfer to another Boys & Girls Club site, according to a news release from the organization.

On Thursday, former Lt. Gov. Rebecca Kleefisch announced she's running for governor in the 2022 election. She served as former Gov. Scott Walker’s lieutenant governor during his two terms in office, from 2011 until 2019.

The head of the Democratic Party of Wisconsin said Kleefisch is "too extreme for Wisconsin" in a statement.

Read more from WPR about her campaign announcement here.

In this piece from POLITICO, 17 people who were architects of the U.S. response to 9/11 reflect on the decisions made 20 years ago and their long-lasting impacts.

"All summer long we were seeing an upsurge in reporting of threats," recalled John McLaughlin, who was deputy director of the CIA in 2001. "We had gone to the White House twice, in May and July, on about half an hour’s notice, to say, 'The sirens are all blowing here. We are going to get attacked.' We could not predict the time, target, or method."

"We failed to truly, deeply appreciate the distinct culture, history, linguistic complexity, the overarching challenges of conducting operations in Afghanistan as a foreign army," said retired Adm. James Stavridis. "Those should have been obvious to us."

"We should have not authorized the use of military force but we did," said Tom Daschle, who was the Democratic Senate majority leader at the time of the attack. "The administration was really pressing us to get it done before the (2002) election. I have regrets about how that was done. I think many, if not most people, share those regrets today. The costs in lives and treasure that we have experienced both in Afghanistan and Iraq as a result of those actions are ones that we all have to take some responsibility for."