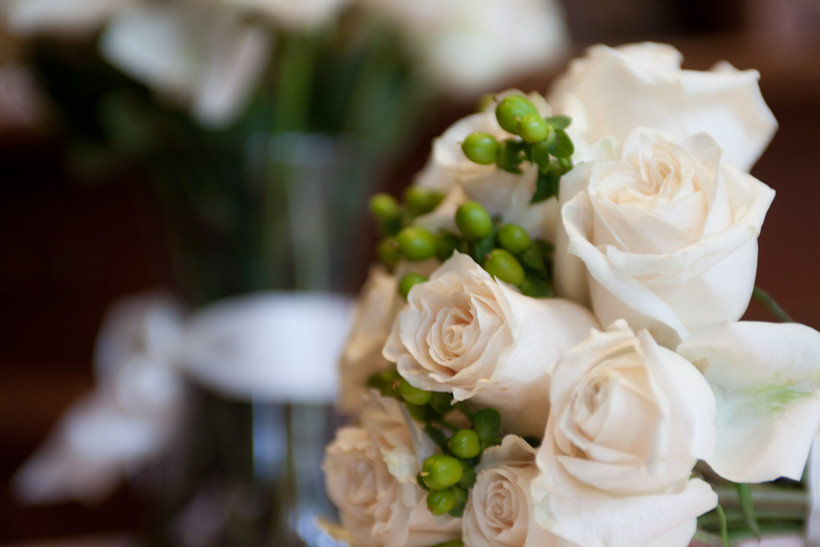 Wedding And Funeral Plans In Limbo As Isolation Stretches On

Gatherings Of 10 Or More Prohibited By Governor’s Orders
By Bridgit Bowden
Share:

When planning a wedding, one thing to look forward to is bringing family and friends together in one place. But now that gatherings have been restricted to 10 people or fewer, many Wisconsin residents have had to put those plans on hold.

The "safer-at-home" order issued by Gov. Tony Evers last week includes a long list of essential businesses and operations that may continue during the COVID-19 pandemic. Weddings were deemed essential, but many people are postponing or adjusting their plans to allow for proper social distancing.

Joanna Bundus lives in Madison, and was planning a wedding party in May in Toronto, Canada, where she and her partner are from. But now, she said, it's "tricky to cross the borders," due to travel restrictions made in response to the pandemic.

So, they decided to delay the party until later this year, and cancel an engagement party that was planned for April. Bundus and her partner were legally married in a small ceremony last June, but she was looking forward to the celebration with about 100 people in May.

"At first it was more stressful, but then we've been trying to keep it in perspective and make sure all our guests are healthy and feel comfortable attending," she said.

Her guests were very understanding, she said. Now, the couple is looking for a new date to hold the party, but they’re not exactly sure when travel will be safe again.

"And that's, I guess, the hardest part," Bundus said. "To go from this certain date that's coming as something to look forward to, to totally unknown."

County clerks in Wisconsin are still issuing marriage licenses, although some have moved online or made adjustments to the number of people they allow in the office at one time. But big wedding parties are out of the question right now, and for some small business, it could be crushing.

At Belle Fiori florist in Milwaukee, president Emily Neubauer has already had to lay off staff members. They usually design the flowers for 150 weddings each year, plus other events and personal orders.

Now, with peak wedding season in limbo, so are a lot of potential clients.

"The June brides really feel like they're on eggshells," she said. "Because they don't know if they can go ahead with their June wedding or is this going to get extended." 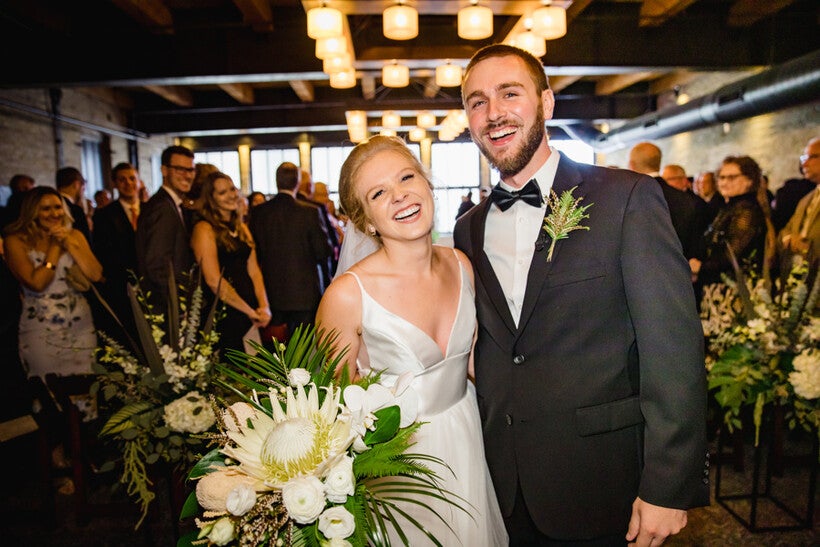 Belle Fiori florist in Milwaukee usually designs the flowers for 150 weddings each year, president Emily Neubauer worries that even when the COVID-19 pandemic slows down, it will take awhile for business to bounce back. Photo by Laura Zastrow Photography courtesy of Emily Neubauer

Once the pandemic is over, Neubauer is not expecting business to bounce back immediately.

"This is gonna take time for people not to be scared anymore and to come out of their houses and to get back into their buying habits," she said.

Neubauer’s shop also does flower arrangements for funerals, also deemed essential by the governor’s order, but are also restricted to a maximum of 10 people.

To give grieving families the opportunity to have a timely funeral, Cotter Funeral Homes and Crematory in De Pere has taken services online, offering Facebook Live streaming of visitation and funeral services.

Vice president and co-owner Matt Cotter said his wife came up with the idea. They were looking for a way to help groups with more than 10 people, and family and friends who aren’t able to travel right now.

"It's difficult for them to have to go through this at this time and not have the support of their extended relatives, friends, other people who might normally come to a public visitation and funeral," he said.

Cotter said he can stream funeral services from any location that has a cell signal or wifi. He can also make the videos part of a private group, for people who don’t want their loved ones’ funeral public on the internet.

"When somebody asks you for something, specifically when you're in a business like ours, you don't want to say 'No,'" he said. "You might not be able to give them exactly what they had in mind, but we will find a way to get as close to that as we possibly can."

In some cases, having a regular funeral just isn’t an option right now. Carol Bartelt, of West Bend, lost her aunt, a nun in the Order of the Franciscan Sisters of Christian Charity in Manitowoc, on March 20.

"She was one of my very favorite people in the world," she said.

Bartelt said her 98-year-old aunt, Sister Juliana, was given a small private burial at the convent. She hopes there can be a public funeral for family and friends at some point. But right now, she said she’s really missing the chance to get together with family and remember her aunt.

"We would like to see each other and maybe even go to a mass together," she said. "The churches are closed so our connection is over the phone, and it's just ... it's hard."

At the same time, Bartelt wants her family members to do what they can to protect their health. For now, that means staying home.