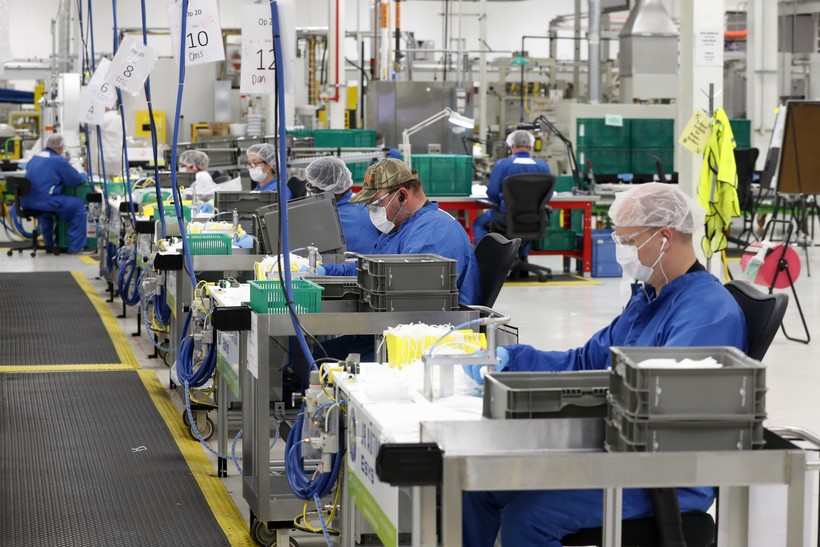 Hughes Stressed That Wisconsin Remains In The Middle Of An Outbreak
By Rachael Vasquez
Share:

Wisconsin Economic Development Corporation (WEDC) Secretary and CEO Missy Hughes briefed lawmakers Thursday on the ongoing effects of the COVID-19 pandemic on Wisconsin's economy, saying the impact has been "as broad as possible."

"This is not a tornado or a flood that has touched down in one of our small towns or one of our counties where then we can dive in and understand the impact and act on it as quickly as possible," Hughes said. "Every community in Wisconsin was impacted."

Hughes stressed to lawmakers that the best way to restart the economy is to control the virus. But she acknowledged that Wisconsin is far from that point, saying the state remains in the middle of its coronavirus outbreak.

"No one expected on July 30, let alone June 30, that we would still be really essentially not moving towards a strong recovery yet," Hughes said. "So we need to be thinking about that, and we need to be continuing to assess this."

The agency was charged with studying how the coronavirus has affected the state's economy under a state law passed by the Legislature and enacted in April. Under the law, WEDC had until June 30 to produce a report with their findings, with many thinking that the state would be on a path toward economic recovery by that point.

Hughes presented the agency's findings, contained in the 155-page "Wisconsin Tomorrow" report, to lawmakers Thursday, detailing the broad and complex impact the virus has had on the state's workforce, communities and major industries.

Hughes noted that, when it comes to the state's workforce and the unemployment that has resulted from the virus, the economic pain has been concentrated in Wisconsin's service sector.

"Our restaurants, our retailers, all of these smaller businesses and larger businesses that have been impacted — what we're seeing there is a loss of jobs and employment for lower skilled workers," Hughes said.

In the question and answer portion of the briefing with lawmakers and legislative aides, Hughes was asked how parents can be expected to work if schools don't reopen in the fall.

"It's an incredible challenge," she said. "I think we all have to recognize that we're facing that challenge rather than be mad about the challenge."

Wisconsin's two largest school districts in Madison and Milwaukee announced in recent weeks that they will start the school year virtually, while other districts have opted for a combination of in-person and virtual or completely in-person learning.

Hughes outlined three priorities for state government and elected officials as they work to respond to the crisis: getting Wisconsinites back to work, creating more access to broadband across the state and supporting innovation. She called on lawmakers to work together and show leadership.

"I think it's incumbent upon all of us to find that path together," she said.